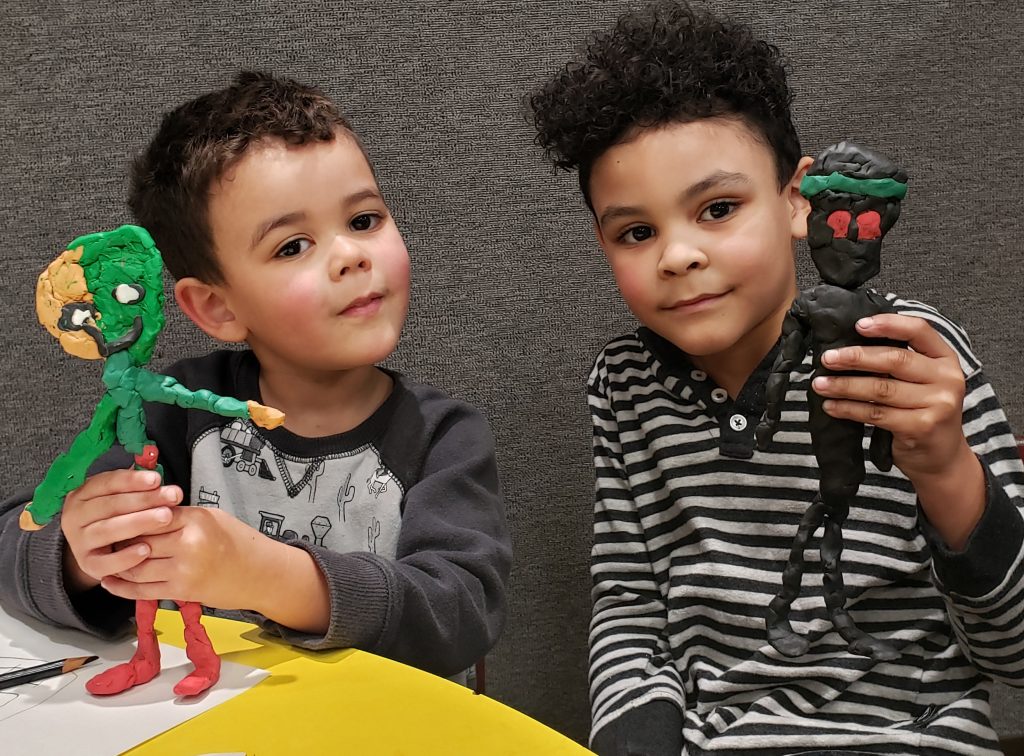 Although the Poppy Jasper International Film Festival attracts cinematic creations from dozens of countries, it also hangs onto its local roots by encouraging South Valley residents to participate in its educational programs. The works of local filmmakers from age 4 to senior citizens will get on screen at the festival’s Education Day April 19.

Community engagement is a core value of the 2021 festival, said Mattie Scariot, the event’s director. The PJIFF provides a meaningful and rewarding experience of films, especially for film enthusiasts who want to try their hand at filmmaking. During the months prior to the event, which runs from April 7 to 20 this year, organizers offered four programs geared to youth aged 4-14, millennials, mid-lifers, and older adults. Through these guided workshops, participants came together and collaborated on short films, from start to finish.

“The reason we wanted to do education programs is that we want to connect to the community and bring them into us,” Scariot said. “The community is thinking, ‘Well, I’m not a filmmaker, why would I go to a film festival?’ But if you love movies, you can also make movies. With today’s technology, anyone can make a film.”

The festival’s Youth Filmmakers Workshop brings in young people from age 4 to 14 to learn the basic skills of making movies with digital devices such as smartphones and iPads. This year’s workshop had 100 participants who came to the public libraries in the communities of Morgan Hill, Gilroy and Hollister to discover the fun of making “Claymation” shorts. The workshops took place for three consecutive Saturdays with sessions lasting two hours each day. The children learned to make a character using the different colors of Play-Doh, develop a story and animate the story with the characters by moving their position slightly and video-recording each movement on their camera.

The younger children were especially receptive to letting their imagination loose in developing their clay characters and using them to create a story to share with audiences.

“They’re exposed at an age when they’re fearless, and they’ll take it on,” Scariot said. “And if you tell them that they’re a filmmaker, then they’re a filmmaker. The interesting thing about the Claymation class is that no one got stuck creatively. It’s interesting that clay does something. Part of it is that everyone plays with Play-Doh growing up so there’s a comfort level to it.”

In the 20th century, filmmaking was much more complicated and expensive because the equipment of actual millimeter film was not easily available, especially for people on a limited budget. But with today’s digital world, artistic expression through cinematic story telling is becoming more democratic. Nearly anyone can make a film using their smartphone or other devices. This is opening the doors of expression to more people with different viewpoints that can be shared with others, Scariot said.

“There are so many people who have not had a voice in film and television, and now with today’s technology they do,” she said. “You don’t have to be rich. You don’t have to have a connection to Hollywood to be a filmmaker. You just decide you can make a film . . . When you start seeing these films from these different countries, it starts changing how you think of these countries. It’s important that we see the other side of the story.”

Other Education Day films will be shown from the festival’s training programs. The “Filmmaking for 40 & Up” and “Filmmaking for 70 & Up”  programs had two workshops where adults collaborated creatively on a short film, learning the process of scriptwriting, directing and acting to production. Workshops were led by PJIFF and CMAP and hosted at the Morgan Hill Historical Society, the Morgan Hill Community & Cultural Center, and the Gilroy Senior Center.

The Millennials Music Video program brought together local filmmakers to create a reggae-themed music video with artist DJ Jordan T from Hawaii. The millennials had an opportunity to participate as audience extras and see firsthand how music videos are produced. As part of the festival’s education programming, a new film was produced through 152 West Productions based in Gilroy that shows the human toll from the violence of war. Filmmakers Scariot and Nils Myers used their talent in interviewing at the Gilroy Veterans Hall four Vietnam veterans in a documentary exploring how the war in Southeast Asia affected their lives. The documentary will screen at noon Saturday, April 4, at the District Theater in Gilroy.

“Every war is hard,” Scariot said. “Even the Vietnam vets said that it doesn’t matter what war you went to, you came back different. And it’s hard to acclimate yourself back into society after being in war. And this film explains very well why that is. Once you see it, you won’t see a vet the same.”