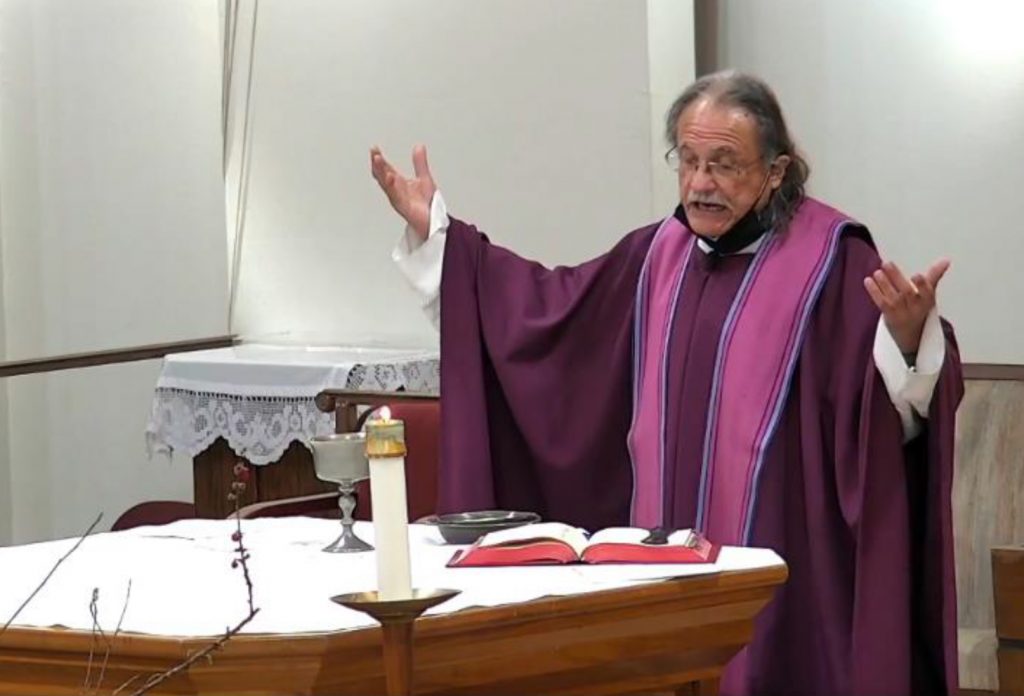 At a tender age Father Jose Antonio Rubio knew he wanted to be a Catholic priest.

“My parents weren’t particularly religious,” the one-time altar boy recalled. “My two grandmothers went to Mass every day. I would go with them every day and that gave me some affinity toward it.”

Rubio served his faith as a priest for many decades. When he retired July 1, 2020 from a life of ministry, he decided to continue remaining active in the St. Mary Parish. Gilroy parishioners still find him at 71 hearing confessions and celebrating Mass. 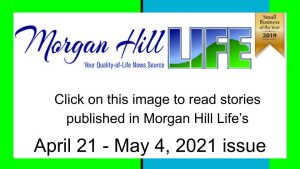 Making his home in an upstairs room in the small, white St. Mary’s house for priests, Rubio loves to listen to music and read from his small library to expand his mind. He also keeps his mind sharp by doing the New York Times crossword puzzle from Monday to Thursday, a few Fridays, and skips the more difficult Saturdays and Sundays puzzles.

Early in his life devoted to serving God, Rubio’s first assignment was at St. Mary. He worked there from 1980 to 1985. The Diocese of San Jose next assigned him to Saint Patrick in San Jose and then to Saint John Vianney in San Jose. He returned to St. Mary for his final assignment in 2014.

“I’ve always been treated very well here,” he said. “From the time when I first came at the age of 30, I was noticeably young. When I returned, I was very happy to see people still remembered me.”

He always felt privileged to be part of the lives of the parishioners he served through their weddings, funerals, moments of crisis and happy moments such as births.

Longtime Gilroyan Evelia Rosso, a former Rod Kelley Elementary School teacher and co-owner of Rosso’s Furniture, described Rubio and how he presents the liturgical rites as playing an important part in her Catholic faith. 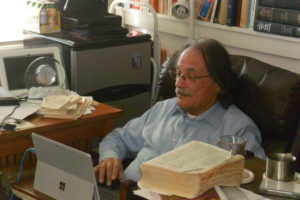 Father Jose Rubio in his office.

“Both my husband and I support the diocese,” she said. “Attending Mass is a big deal … especially right now because of the pandemic. We need encouraging words, words of hope.”

Rosso has seen the priest grow over the years into a polished sermon writer who inspires his congregation to follow the path of their faith as best as they can. She especially appreciates his focusing on various Latino cultural aspects of religion such as the Virgen de Guadalupe, a special story for Mexican Catholics.

“You go out meeting the challenges of the next week,” she said of listening to Rubio’s sermons. “That is what his goal is, to give us some hope and inspiration to keep going. He comes up with some nice insights. He tailors his sermons depending on the people that he is going to be speaking to.”

Rubio was born in San Francisco’s Mission District July 19, 1949, to Jose Rubio and Belen Figueroa. He grew up on 16th Street about half a block from Mission Dolores. He attended the elementary school at that parish. In 1959 he moved with his family to Garden Grove in Southern California. They lived in an apartment directly across the street from the neighborhood church. Soon, he came to know the priests well and they became friends who influenced his Christian religious interests. He attended the private Catholic Servite High School in Anaheim. After graduation, he went to the University of California in Berkeley.

Following that educational experience, he went to the St. Patrick Seminary in Menlo Park  and began his studies to become a priest. When he was assigned to St. Mary, he was also a part-time chaplain to San Jose State University students while working on his doctorate in graduate theological union at Berkeley. After he finished, he went to teach at the seminary. In 1980 he was ordained and went to Santa Clara University to earn his master of arts degree in liturgy/religious studies. Taking one class per semester, it took him nine years to finish.

Rosso’s Furniture CEO Jaime Rosso first met Rubio at an encuentro conjugal (a marriage encounter class) in 1975. After that, Rubio played an important role in his family’s religious life, he said. The priest served as the baptismal godfather of Sofia Rosso Melendrez, his and Evelia’s first daughter.

“Father Rubio is a long-time friend,” Jaime said. “He really connected with the Latino community, was socially active out there and got involved with all the different community events.”

At St. Mary Parish, Rubio was involved in supporting various Latino organizations in Gilroy as well as local Latino families.

He ministered to the community at large, Jaime said. He performed the baptisms for the Rosso’s children, renewed their marriage vows, and attended various family events to bless them with his prayers.

Rubio supports faiths beyond St. Mary Parish and the Gilroy Catholic community. He has particularly been involved with South Valley members of the Islamic faith at the Cordoba Center mosque in San Martin.

“There were a lot of people who were anti-Islamic,” Jaime said. “They were resistant to a mosque built in San Martin … A huge turnout of people originally opposed it, but Father Rubio was a very ardent supporter of the center. Like all things it came to pass.”

Father Rubio’s favorite saying is, querer es poder (Spanish for “wanting is being able to”).

“Lots of people are always saying no fui porque no pudo (“I didn’t go, because I couldn’t”),” he explained. “I say really you shouldn’t say no puedo, you should say no quiero (I don’t want to), because querer es poder (if you really want to do it you’ll do it) … Often people say, no puedo, no puedo, and I think no puedo is holding back the Latino community.”