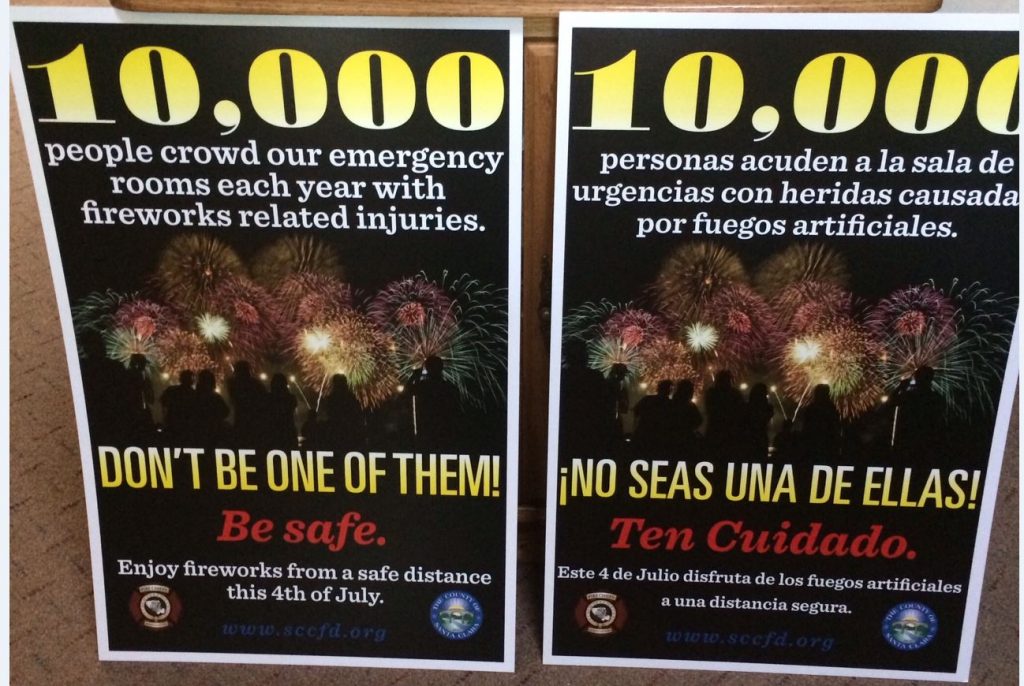 Within the past six months, Morgan Hill police have received, and officers have responded to about 20 calls regarding illegal fireworks and loud explosions, all originating between San Pedro Avenue and Butterfield Boulevard, and San Pedro Avenue and Walnut Grove Drive, according to Sgt. Bill Norman.

When the officer arrived on San Luis Way, he contacted Victor Saud, 51, from Morgan Hill. After following up on further investigative leads, the officer determined Saud was responsible for lighting off the illegal fireworks at Jasper Park, located at 16711 San Luis Way, Norman said. Three boxes of expended illegal fireworks were located at the park and confiscated. Saud was cited for a violation of possession of fireworks.

In the past, fireworks have resulted in brush fires, damaged homes, missing pets, and unnecessary injuries. The surrounding hills are becoming dry, and every illegal firework poses a significant threat to the safety of the community. Morgan Hill Police and the fire department will be actively patrolling for violations, Norman said.

Possession of fireworks in the city of Morgan Hill is a misdemeanor, and fines can range from $100 to $1,000, and a criminal conviction could also result in up to six months in county jail.

Anyone with information regarding this case or other suspects related to the discharging of illegal or dangerous fireworks may contact Sgt. Bill Norman at (669) 253-4982 or email at [email protected]