While operating the OSC, Jeff Dixon went four years without a salary 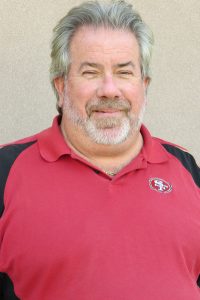 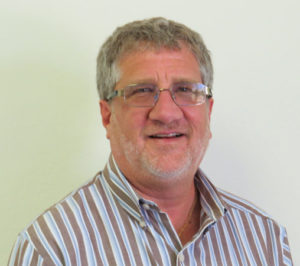 During the last three decades, Jeff Dixon put Morgan Hill youth first, leading the Morgan Hill Youth Sports Alliance. The motto for Jeff and MHYSA has been “More Kids in More Sports” — and Jeff has truly made Morgan Hill a place where all our youth have a chance to play sports, Chris Ghione, Morgan Hill public services director, told us.

You may know Jeff directly, but even if you don’t, you may know him from some of his work. Jeff’s most recognizable volunteer work in the community is with the Independence Day Committee that puts on all the Fourth of July events each year in Morgan Hill. He has been the president of that organization for many years and ensured year after year we had the parade, fireworks and so many other great events. To many parents though, he may be better known as the founder and operator of South Valley Flag Football, which thousands of Morgan Hill residents have participated in. Almost every weekend during football season, Jeff could be found teaching younger kids and volunteer coaches the sport. Jeff also was the person who led MHYSA in operating the Outdoor Sports Center for nearly a decade, and even more notably opened the fields at the OSC to Morgan Hill residential use. Most people don’t remember there was a time when local teams couldn’t even practice on the fields at the OSC, but now many  kids have grown up on them. That would not have happened without Jeff.

Jeff has given his life to supporting our community, but now he needs our community’s help. While operating the OSC, Jeff went four years without a salary. Additionally, he personally funded a $100k business line of credit for the alliance. With the contract change to a new operator in 2019 and given recent health issues, Jeff is in jeopardy of losing more than $75k of that line. His current employment supporting youth sports is not adequate to pay off the line of credit, which comes due in several months. His health prohibits him from extending the credit line long enough to earn the additional funds.

A GoFundMe account has been set up to help. Please consider doing so at www.gofund.me/b8c0f141 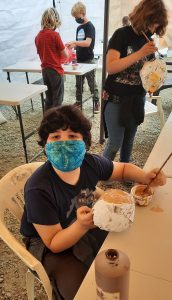 Each student was assigned one planet or moon to research, and then create a slide show presentation to share with their classmates. Using their finished models as props, students also enacted the motions of the solar system — and had some real fun orbiting one another!

“I love this science project!” said teacher Nick Cabassa. “As a real space nerd, I can never learn too much about space. Doing this throughout the years, I’ve learned a lot from my students, too. My hope is that it also inspires them to learn more about space.”

Cabassa’s enthusiasm clearly carries over to his students

“I never knew about Europa until now! It’s such a mysterious moon,” said student River Brinton. “I hope that NASA continues to study it, so I can keep learning about it.”

Congratulations to all teachers who were recently announced as the Morgan Hill Federation of Teacher’s 2020-2021 Site Teachers of the Year.

When the COVID-19 global pandemic shuttered schools, teachers quickly adapted to teach virtually and have done a remarkable job.

A tip of the hat to all!