Agency will also discuss upcoming construction of Anderson Dam May 19 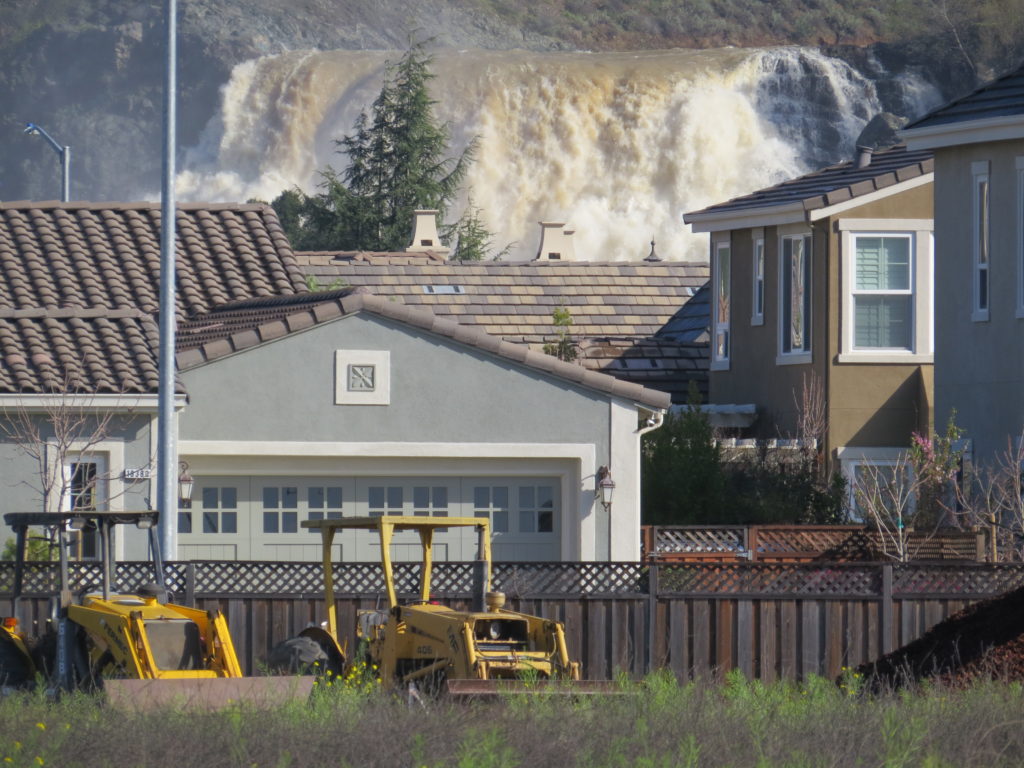 In the face of climate change and severe weather, there is a risk of more prolonged droughts in California. Despite recent storms in March, Santa Clara County is now in a drought and it is unknown how severe it will get. 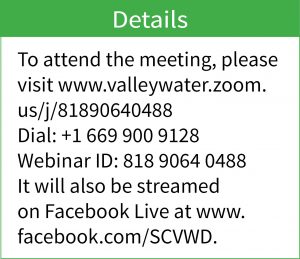 According to officials, Valley Water remains focused on preparing for future dry and wet years through a variety of projects and programs, including the proposed expansion of Pacheco Reservoir in southern Santa Clara County. The project would increase the reservoir’s capacity from 5,500 acre-feet to up to 140,000 acre-feet, enough water to supply up to 1.4 million residents for one year.

In February, Valley Water held two virtual public meetings and detailed five alternatives being evaluated for the Pacheco Reservoir Expansion Project as part of the California Environmental Quality Act process. Valley Water is also evaluating an option of no expansion. Variations of the alternatives include two different locations, two dam types and two reservoir sizes. The cost estimates for the alternatives range from $2.1 billion to $2.5 billion.

The two locations are described as the upstream site and downstream site. The upstream site, located about 1.7 miles from Highway 152, would allow for a greater amount of channel restoration between the new dam and the existing dam. This would create new habitat for the threatened South-Central California Coast Steelhead population and other species.

The downstream site is located about one mile from Highway 152 and is closer to the existing dam.

The reservoir sizes being considered include a 140,000-acre foot reservoir located at both sites, and a 96,000-acre-foot dam located at the upstream site.

Two different dam types being considered include a hardfill and earth filled dam, which are both designed to withstand a large earthquake.

A hardfill dam is a newer technology that uses rock materials mixed with cement and compacted together. The strength of this material allows for steeper slopes on the dam faces and a smaller footprint. The spillway and inlet/outlet pipelines can be built into the hardfill dam structure, allowing reservoir overflows to spill over the body of the dam through a channel.

An earth fill dam is similar to Valley Water’s existing dams and would require a separate spillway and inlet/outlet pipelines.

Video recordings of the virtual scoping meetings held in February can be viewed at www.valleywater.org/pachecoexpansion.

In June, Valley Water will start building a 1,700-foot long tunnel next to Anderson Dam that will allow the agency to release more water safely during major storms or emergencies. This work is a significant milestone in  the efforts to strengthen Anderson Dam and protect the region. Before construction on the tunnel begins, Valley Water is hosting a virtual community meeting from 6 to 8 p.m., May 19.

Once complete, this larger outlet tunnel will increase Valley Water’s  ability to release water from the reservoir during an emergency or major storm by five times. Construction is expected to take two to three years.

The tunnel project is part of the larger Anderson Dam Seismic Retrofit project, which includes  retrofitting the dam embankment and spillway. That project is estimated to start in 2024 and will last about seven years. Once completed, Valley Water will be able to fill Anderson Reservoir to  capacity.

While construction is underway at Anderson Dam during the next 10 years, Valley Water will rely more on  imported water. About 50 percent of water used in Santa Clara County is imported. This makes water  conservation more important than ever.

All of Santa Clara County is currently experiencing severe drought conditions. At the end of the last drought, Valley Water’s Board of Directors implemented a 20 percent voluntary reduction in water use  compared to 2013. On April 27, the Board of Directors increased its call for a voluntary reduction in water use from 20 to 25 percent, compared to 2013.

Read more about the Anderson Dam Seismic Retrofit Project at www.valleywater.org/anderson-dam-project. You can also connect directly via their new online engagement site at www.beheard.valleywater.org.

For more information, contact your  elected district representative, John L. Varela at [email protected], or visit their website at www.valleywater.org/anderson-dam-project.