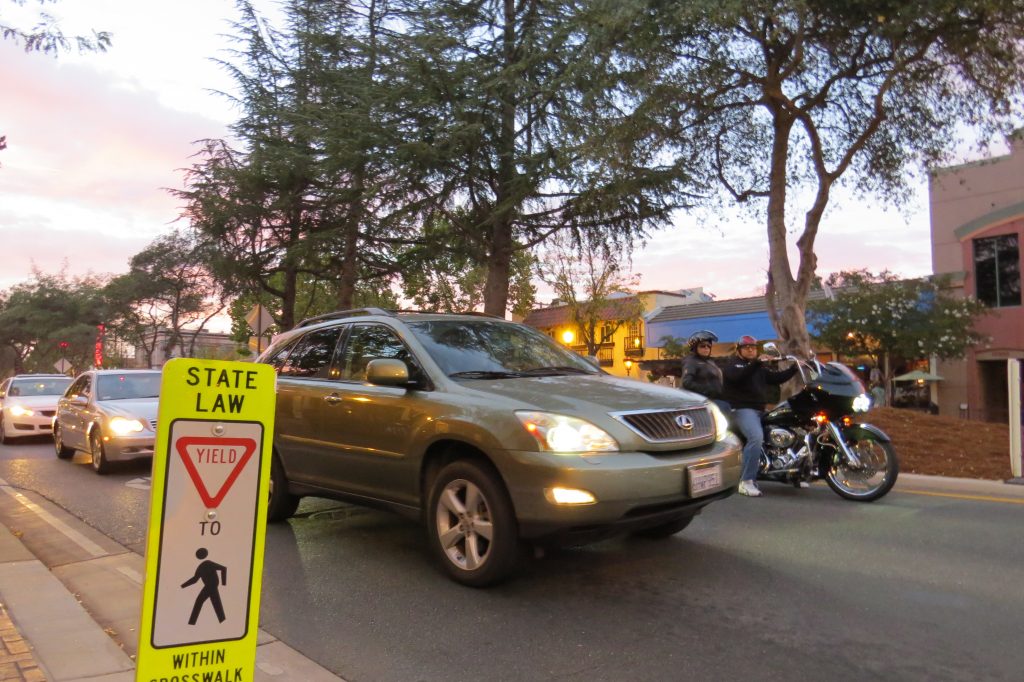 Monterey Road through downtown will go from four lanes to two lanes by the end of the year after the city council votes 3-2 in favor of the “complete streets” project. Morgan Hill Life file photo

Morgan Hill residents will witness a major change downtown as the city reduces the traffic flow from four lanes to two by the end of the year. The “road diet” goal is to create a safer and quieter ambiance to the district to encourage patrons to visit businesses.

The city council approved the project May 19 with a vote of 3-2, with members Rene Spring and Yvonne Beltran Martinez dissenting. Lanes will be reduced along Monterey Road between Main and Dunne avenues.

The community has been experimenting with the concept of having a lane reduction for downtown since 2015 when the city initiated a six-month trial to see how this “complete streets” idea would impact traffic flow. That test stopped after three months because of a variety of factors that made it unpopular with some residents.

The lane reduction is projected to cost between $200,000 to $400,000, the city’s analysis found. The design could take between two to six months to complete and the construction can be done as quickly as one month once the council approves the plans, Assistant City Manager Edith Ramirez said. In creating the new traffic flow, city engineers will consider how the lanes and businesses can better interconnect, she said.

This project will not only benefit businesses but the community as a whole. This includes improving safety for pedestrians and cyclists and creating more space for people to enjoy the outdoors, she said.

The project will also include parklets, a sidewalk extension on the street giving more space to businesses.

City Councilmember John McKay strongly supports complete streets for many reasons including the increase in the number of customers restaurants have seen dining outdoors during the pandemic.

“It’s one of the great aspects of being in California,” he said. “We get this great weather. We can do this. We’ve got great restaurants.”

Based on what he observed in other communities, McKay is excited to see what can be done to the downtown with the additional space. He expects complete streets will help attract more people to restaurants and businesses and make the downtown ambiance more vibrant for people to gather.

“There’s a multitude of uses and it’s only limited by our imagination,” he said.

Photo courtesy city of Morgan Hill
A volunteer tapes symbols on Monterey Road during the ‘Complete Streets’ demonstration in October 2014.

Some business owners told McKay they were tired of the traffic, the noise, and the potential vehicle safety hazards to their customers, especially those crossing the street. Some residents and businesses who opposed the complete streets idea six years ago have changed their minds and now support the updated version, McKay said.

Among downtown business owners who have questions about the project and say it needs more research and study is Lesley Miles, president of Weston Miles Architect and co-owner of The Granary commercial office building on Depot Street.

Miles sat on the committee for the 2015 trial period and understands why the original six-month trial was stopped because of residents’ protests. She believes there are still concerns that need to be addressed before moving forward with the project including the increase of traffic on downtown side streets such as Depot.

City staff have much of the information they need, McKay said, and having another complete streets trial would not serve any benefit or change anyone’s mind. 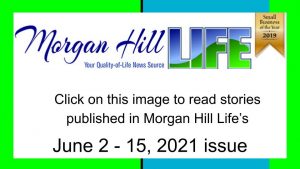 After chatting with residents, Councilmember Spring said he voted against the project because of its costs and the effects it could have on surrounding downtown neighborhoods. He also expressed concerns about where funding might come from for other downtown projects when his requests for improvements to other districts are usually rejected by the city council because of costs.

Complete streets only benefits a minority of downtown business owners who sometimes get special treatment from the city, Spring said.

Although improving street safety is a leading factor for the project, the councilmember expressed his concerns that it might create hazards elsewhere by diverting traffic into surrounding neighborhoods, he said. Increased traffic might cause a variety of challenges to nearby residents and schools, such as making it harder for parents to get their children to classrooms on time.

Ramirez and McKay acknowledged the worries expressed about increased traffic in residential areas is a concern for city staff. They will work with residents to ensure the complete streets project won’t negatively impact neighborhoods.

The city hopes commuters use roads such as Butterfield Boulevard, which was designed to bypass downtown, McKay said. This thoroughfare is not used to its full capacity during busy times of the day, he said. Traffic and safety topics will be concerns addressed during the planning conversations in the coming months, he said.

Complete streets will help revitalize  downtown as a destination for residents and visitors  in the  wake of the COVID-19 pandemic and continue the  evolution of the downtown in the coming years, McKay said.

The lane reduction might have a chance to enhance the downtown overall, Spring said, but his skepticism for the project, as of now, makes him take a stand to wait and see the final outcome of the project.

“I’m just really concerned right now,” he said. “I am not happy about it. I feel strongly it is the wrong decision.”

On the other hand, McKay urges Morgan Hill residents to remain patient and see how the project will impact downtown businesses and the surrounding neighborhoods after its completion.

“What I’d like for the community to do is to be respectful of the downtown area as a business district,” he said. “It deserves recognition as that and for us to be patient (with the project). I truly believe, in as little as six months to a year from now, residents will see the benefits.”