Gavilan honors activist for her dedication to South Valley

Theresa Kiernan receives honorary degree for her volunteering over the years 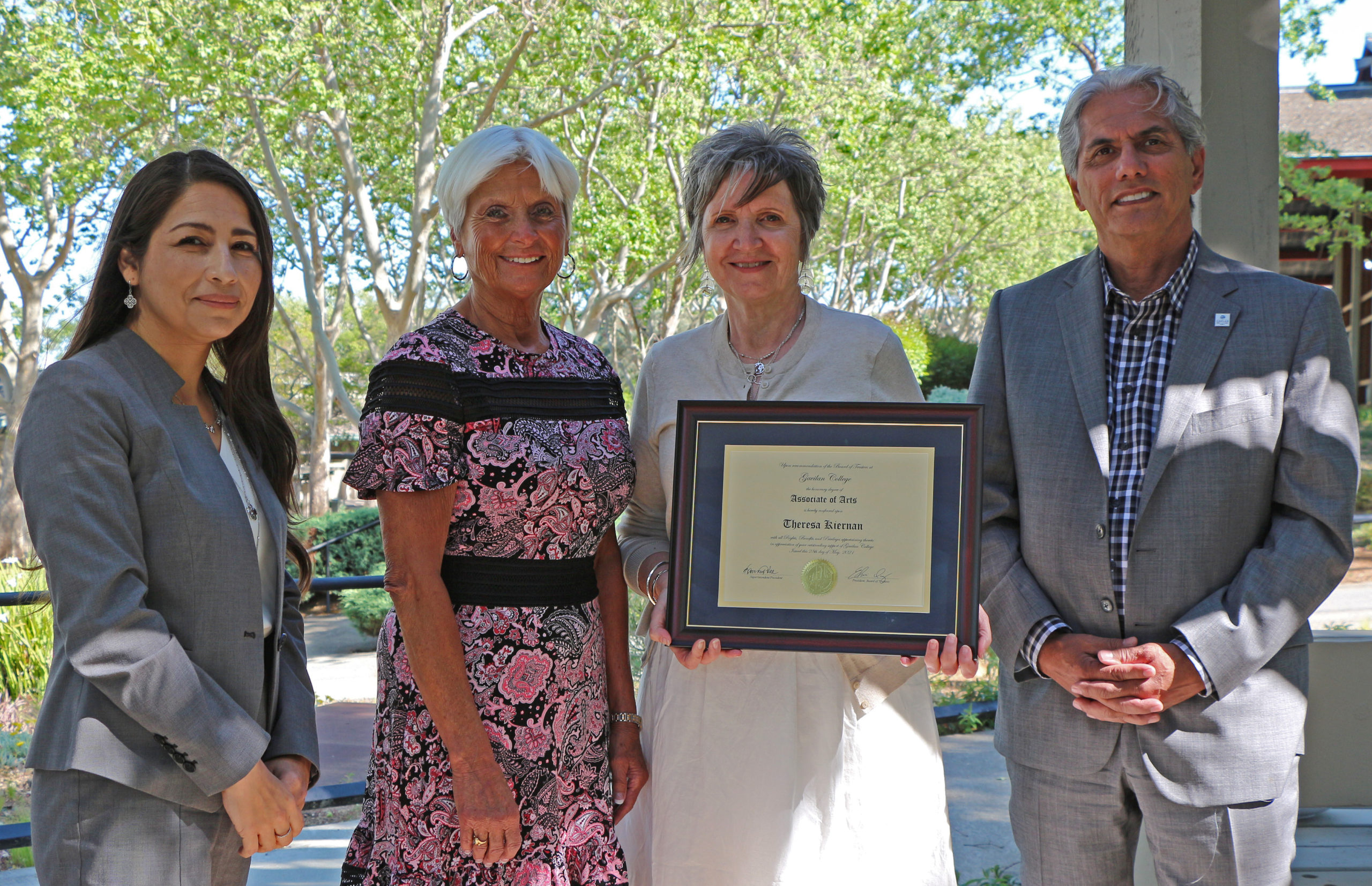 Gavilan College Superintendent/President Kathleen Rose and three members of the board of trustees met on a breezy afternoon in early May to confer an honorary associate of arts degree to Morgan Hill resident Theresa Kiernan.

“I am so pleased to introduce you to Theresa Kiernan and her contributions to the communities served by Gavilan College,” Rose told the small group gathered at the gazebo at the Gilroy campus. “She has an incredible history of service and advocacy, and has worked in several nonprofit positions over the years.” 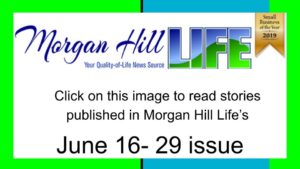 “In fact, she was there when I arrived for my first shot, checking in each person and ensuring they were ready for the vaccine,” Rose said.

Each year at commencement, the Gavilan Board of Trustees selects an individual who has made significant contributions that benefit the students of the college. Kiernan was selected for the award in 2020, and the pandemic forced a cancellation of last year’s in-person graduation ceremony. The 2021 ceremony, which will be held virtually, will include Rose’s recorded remarks and bestowal of the degree.

Kiernan’s community involvement is legendary. According to one community member, “community service is not something Theresa does, it is who she is. Being of service to others is baked into her DNA.”

Described by other community members as fun and full of energy, she is often the first to volunteer and the last to leave. Others seek her wise counsel, coaching, honest feedback and cheerleading. Her consulting firm, TK & Associates, provides professional development training.

As a long-time supporter of Community Solutions, she volunteers on the fundraising committee for the three hosted events each year, taking the on-site lead role. Previously she served as executive director of the San Benito Chamber of Commerce. Relocating to Morgan Hill, she worked for the Morgan Hill Downtown Association and later as a program facilitator for the nonprofit Leadership Morgan Hill.

In receiving the award, Kiernan thanked the president and trustees for the recognition. In the video to be included in the virtual 2021 commencement, she spoke directly to the students about volunteerism. “Do whatever you can,” she said. “Nothing you do is too small. It all benefits the community.”

Kiernan thanked the trustees for their attendance at the ceremony, citing the honor of having them join her at the event.

“Because of her dedication to the community and demonstrated support of community college education, Gavilan College is proud to present Theresa Kiernan with the degree,” Rose said.