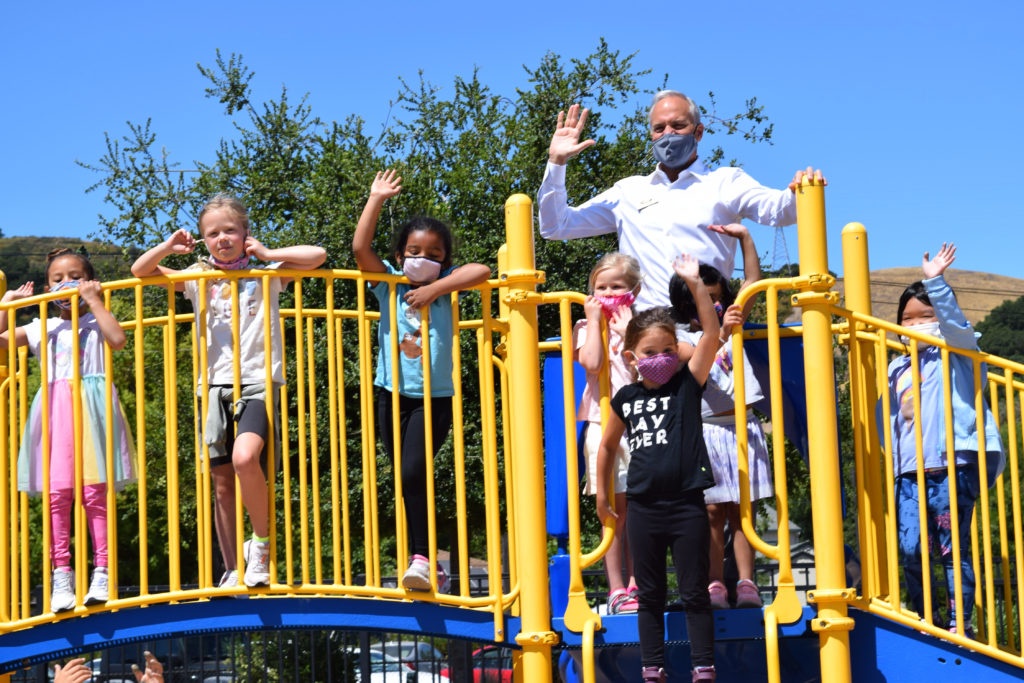 By Kaylee Arca and Marty Cheek

At a farewell gathering during his final month as MHUSD superintendent, Steve Betando thanked friends and colleagues with special gifts. He presented them with paper cups half-filled with soil holding seedlings of coastal redwood trees.

The event was held June 2 in the Paradise Valley Engineering Academy Auditorium with a number of prominent people from the community including former Mayor Steve Tate, City Manager Christina Turner, and Police Chief Shane Palsgrove. They stopped by to recognize Betando’s seven and a half years guiding the Morgan Hill Unified School District.

The gift of trees symbolized his hope for the future of the community and how the district has nurtured the nearly 9,000 K-12 students in the schools, helping them grow during their years of education. It also represents his ecological concerns for the planet.

Betando was first hired by the district 10 years ago as the assistant superintendent for human resources under the administration of Superintendent Wes Smith. After Smith left in 2013, the board appointed him as interim superintendent before permanently hiring him. Betando announced his resignation in early December, deciding to stay on until June 30, the end of the school year. The new superintendent, Dr. Carmen García, starts July 1.

Betando credits his team of educators with supporting the growth of the district during his time as its leader        .

“I’m very proud of the staff that is here on all levels,” he said.

One of Betando’s successes for the district was working with parents and the community in developing “focus academies” for five elementary schools. The first was Jackson Academy of Math and Music, followed by P.A. Walsh STEAM Academy, San Martin/Gwinn Environmental Academy, Paradise Valley Engineering Academy, and El Toro Health Science Academy. Teachers at each academy take all the curriculum areas and focus them on the theme of the school. This gives the students, parents and staff a way to build a community identity around each unique focus.

“It’s energizing the community and the interests of the students and the staff,” Betando said. “By developing the academies, we also attract teachers who have a tendency toward that thought process in their classrooms.”

An event at Live Oak High School on May 5, 2010, cast a shadow on the district for several years and forced Betando as superintendent to later deal with the legal implications and its national media attention. On that day, several male students wore American flag apparel during the Cinco de Mayo school celebration, causing school administrators, who feared the potential of a violent confrontation, to require them to change their clothing or go home. This resulted in national news coverage and wide-spread criticism of the school district that it had violated the students’ free speech rights.

Betando worked with staff and Live Oak student leaders to navigate through the conflict and create a more understanding environment on the campus. A lawsuit that went to the U.S. Court of Appeals for the Ninth Circuit in 2014 kept national attention on the incident. Betando’s involvement in finding a peaceful resolution helped unite the students and empowered them to deal with protestors and media coverage outside the school grounds. 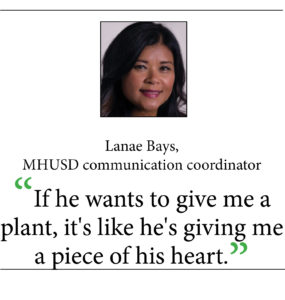 “The students told us, ‘We just want it to all go away. We like each other,’” he said.

A long banner created by the students was installed on construction fencing specially set up along the front of the school to protect students’ privacy. It read: “United At the Roots: We’re All Different Branches of the Same Tree.” The sign sent a message of campus unity, helping to end the negative attention from the 2010 event.

COVID-19 presented an even greater challenge to the MHUSD community, the biggest Betando faced as superintendent. With this life-or-death crisis and student health at risk, Betando led administration staff to work with the schools to find ways for students to continue learning off campus.

Throughout the district, 425 classrooms were provided with technology solutions so that teachers could continue instruction online and later, as the risks diminished, through  a combination of online and in-person classroom time. The district was helped considerably by Measure G bond funds spent in previous years to provide laptops to every child. 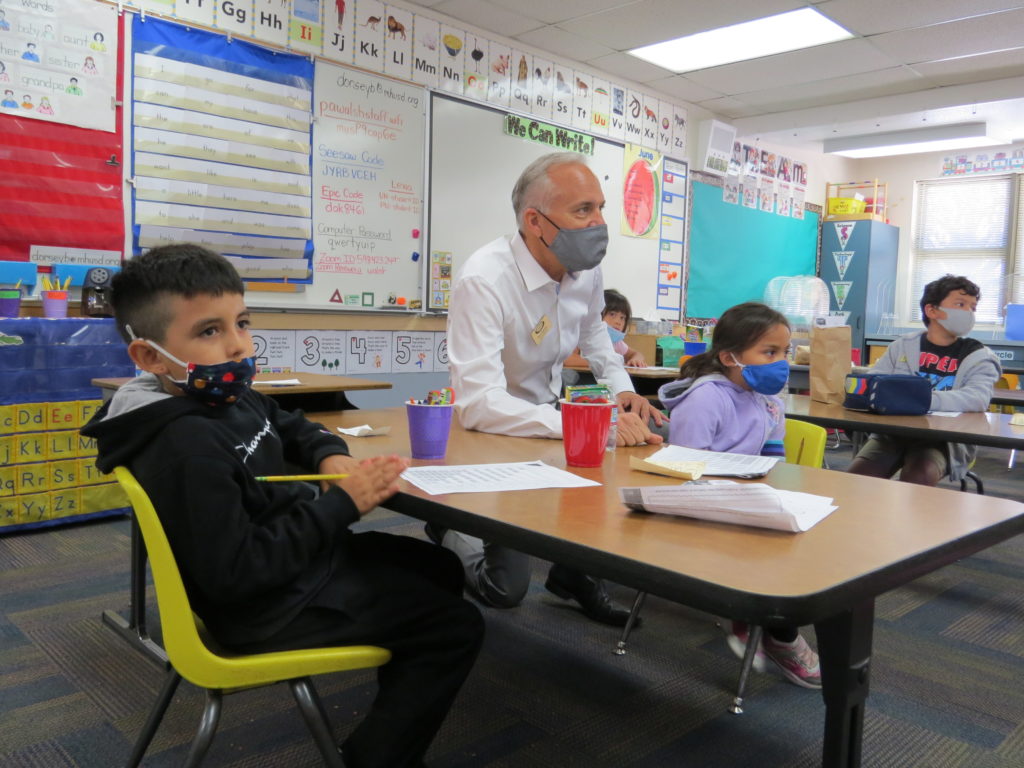 “We saw it as an opportunity to show that we’ll stay within the safety protocols and guidelines, but we’ll maximize the opportunities to connect,” he said. “This is a credit to our entire team. Our technology team put together a solution where the teachers can instruct the students at home and in the classroom at the same time. That was pretty unique.”

He credits the MHUSD staff for their dedication to making sure students could continue their education during the public health threat.

When Betando started as superintendent, his main goal was to involve people who might feel excluded in the decision-making process. A key part of this was respecting people for their different experiences and opinions. One example of this is the communication between the administration and the various employee groups during contract negotiations. 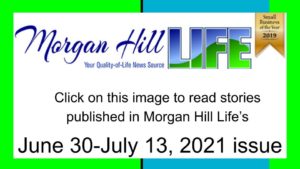 He believes the process should not be done in isolation but by listening to everyone’s concerns and making sure information is transparent. As superintendent, he sees the district administration’s primary purpose is to focus on building relationships to improve communication and collaboration for the benefit of students.

Staff salaries increased by more than 35 percent since he began his job as superintendent, helping to build employee morale.

“A job isn’t all about pay, but it sure helps when you want to attract and retain good people,” Betando said.

Betando intends to stay active  following his years with MHUSD. He will serve as the director of personnel for an academy to mentor administrators throughout the state. He plans to stay active with the local community by doing philanthropy work and staying involved in projects benefiting Morgan Hill schools.

He also hopes to take several trips throughout California to enjoy the state’s beauty. He is also excited to become a first-time grandfather as one of his three daughters is expecting a baby boy in mid-December.

His parting advice for the leaders of the school district follows his administrative philosophy in three words: “Value the people.”

Betando also cherishes the time he spent serving the South Valley community for the past decade.

“I’m so grateful for the opportunity,” he said. “I value this as a key point in my life.”

Kaylee Arca, a 2017 graduate of Sobrato High School, graduated from San Diego State University with a degree in Journalism and Media Studies in May 2021.