Your Estate … with James Ward: Do you have someone you can trust who knows all your investments?

“Think about what you can do to make it easier for trusted people to help avoid problems if you’re in decline . . . “ 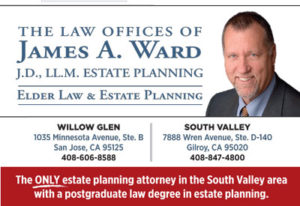 A large study by a major financial institution a few years ago found that fears about dementia outweighed the fear of all other possible illnesses combined — and with good reason. Yes, more than from cancer, heart disease, and other illnesses combined.

If you have some wealth saved up through your own efforts or through an inheritance, how are you protecting that wealth in the face of future dementia? 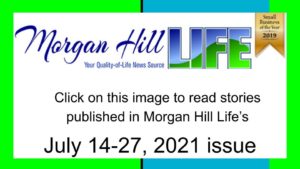 Giving up sole control of your investments and savings may be harder than giving up control of the keys to your car. But it may be critically important to preserve the assets for the well-being of you and your spouse, or to have those assets passed onto loved ones in the future.

One 90-year-old client asked me to help him review his taxes because he couldn’t figure out why he suddenly owed so much. Well, even though he didn’t need any additional income above his monthly Social Security and pension, his financial advisor had suggested he liquidate his smaller IRA account and withdraw the $150,000 balance. Really? Why? Now, the client owed income tax on the $150,000 withdrawal of funds he didn’t even need. It was a huge mistake, but he said he was simply following his advisor’s recommendation.

And who will manage your accounts once you die or have dementia or a stroke? One man, who was in the very early stages of dementia, claimed that he was still capable of managing his assets at 20 different institutions. Yes, 20 different institutions! I asked him how his wife would manage all of these accounts if he couldn’t. He was adamant that he was still fine, but his wife admitted that she knew nothing about the accounts and didn’t even know the names of the institutions that held their funds. What would happen down the road?

Since 2018, brokerage firms have been required to ask customers to designate a “trusted contact” who can be notified in case of possible problems, but less than 25 percent of clients have provided the name of a contact.

And what about the growing number of Internet investment accounts that have no paper statements being mailed to the investors? How will a spouse or adult child access those accounts if they don’t have your passwords or don’t even know which institutions to contact to find your money?

I’m not against technology, and I’m not against using more than one institution for your investment accounts, but who else knows how to access that money if we need it for you and your family while you’re disabled or after your death? And how many different accounts do you really need?