Shop opened in 2018, has become a hit with locals 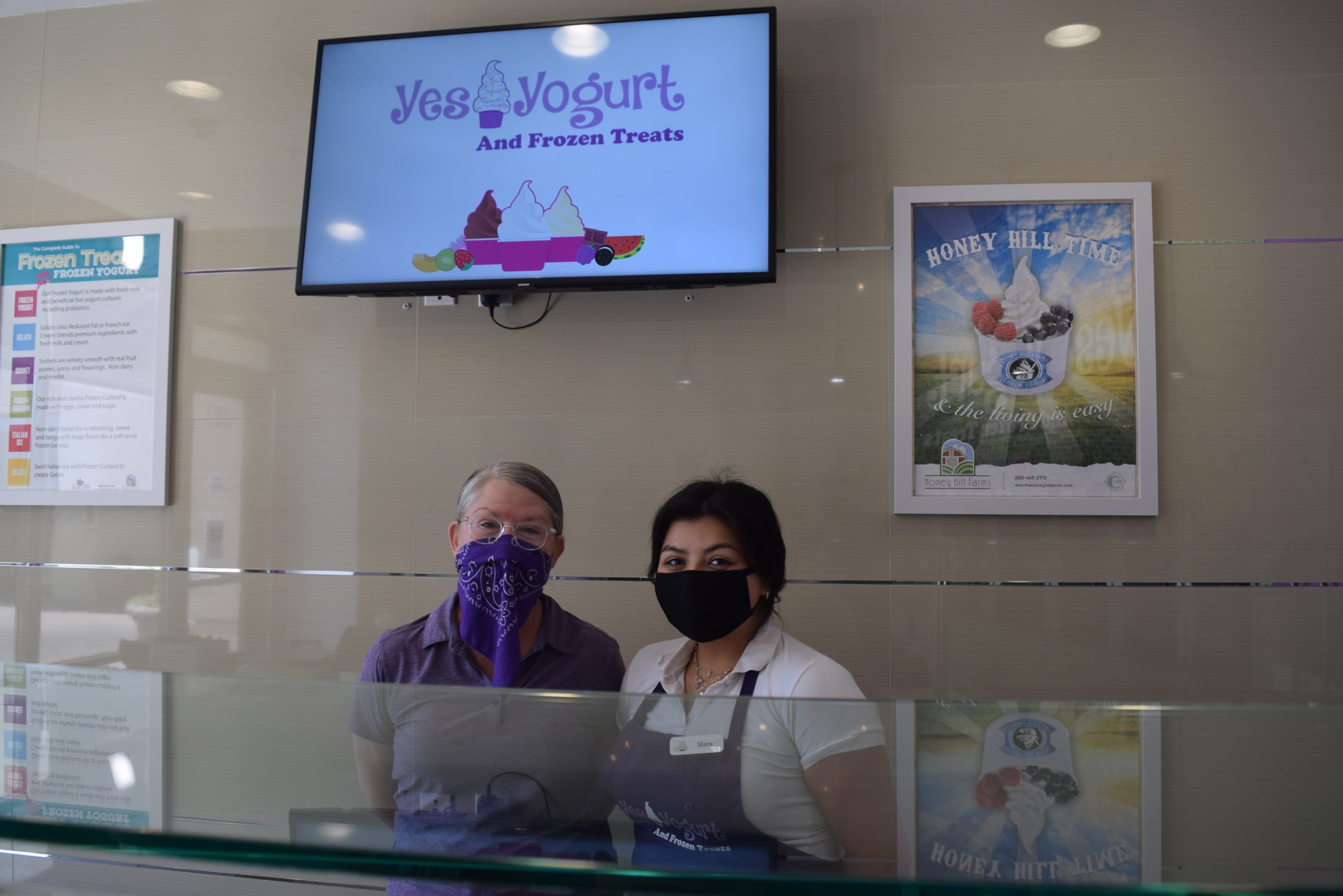 Photos by Robert Airoldi
Above: Yes Yogurt and Frozen Treats owner Michelle White, left, and Mara Martinez behind the counter. Right: White in front of the yogurt dispensers. 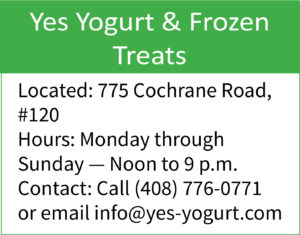 Father’s Day 2018 was when Michelle White went to Yogurt Land and found the store had closed overnight. The machines were ripped out and a “For Lease” sign hung in the window.

For most people it would have been an annoyance, but for White it was destiny. For nearly 30 years, she had been carrying with her a very specific dream.

“I wanted to start a yogurt shop,” she said.

A month later she signed a lease and opened Yes Yogurt and Frozen Treats.

The dream began in the ‘90s, when White was a student double majoring in business and community recreation at San Jose State University.

The granddaughter of famed SJSU track coach Bud Winter, she too had taken up running. Often, her runs would end at the nearby yogurt place, where she would cool down, and treat herself to a healthy reward. One day, she began to think about opening her own business.

“I’m all about community,” she said. “I envision a meeting place with healthy snacks.”

While still a student, she put together a business plan, some cash, and designed a logo. Unfortunately, she couldn’t find a location that worked.. Then, life got in the way. Soon after graduating, White moved to Washington to work as a community activities director on a U.S. Air Force base. In the early 2000s, she moved to Morgan Hill and started working in Los Gatos. 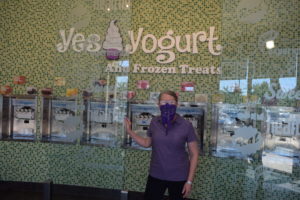 “I definitely had to relearn some things,” the first-time business owner said. “I had a business plan from 1991 that I had to seriously rebuild.”

While the shop’s soft-serve machines were still on backorder, White traveled the country to search for the right product. After visiting seven different distributors, she settled on an all-organic, high-end dairy creamery in Arkansas.

“In California, what typically happens with frozen yogurt is they take a bucket, yogurt powder, and water, and they stir it,” White said. “It’s cheaper that way, but I don’t do that. I get my yogurt frozen, pasteurized three times, in sealed, sanitary jugs. That’s what I’m proud of. Super, high-end products.” 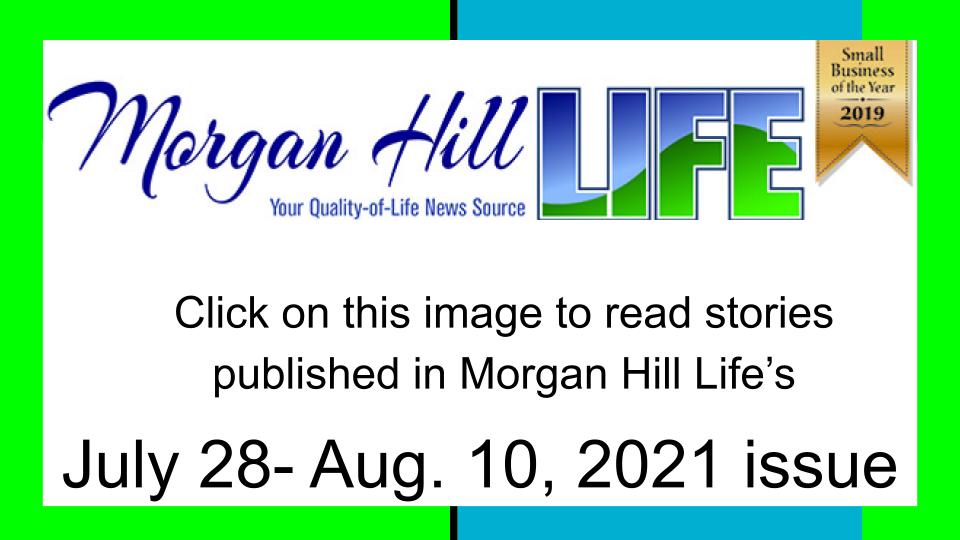 The selection includes a variety of sugar-free, gluten-free, and dairy-free options like the Italian Ice, which is satisfyingly smooth, and tastes like a cross between soft-serve and a slushie. She uses real Oreos, real strawberries. No artificial flavoring in the 21 flavors offered.

The shop also serves specially made yogurt for dogs that has no sugar and is healthy for them.

“We have more than 150 customers who come in regularly for the dog yogurt,” she said.

While the prices are a little higher than when the shop was a Yogurt Land, that is the cost of running a truly local business rather than a franchise — not to mention one with a notably higher quality product.

Now, more than two years in business, and re-opening after it was forced to close for three months due to the global pandemic, Yes Yogurt plans to hold regular community fundraisers, including hosting that 5K run White dreamed up about almost 30 years ago.

Yes Yogurt also gives back to the community by offering fundraising events. They work with churches, schools, sport clubs and more. It really is a win-win for all.

“When your group comes into our shop to enjoy a treat, whatever total dollars are spent, we give 10 percent right back to your organization,” she said.

After surviving the global pandemic, White said she is learning about a decidedly 21st century side of business.

“I think my biggest challenge is I’m not so much social media oriented,” she said. “That’s the next chapter.”