As a parent and an educator, I ask youths their thoughts about Sept. 11. I am surprised to discover how little they know about this major historic event. 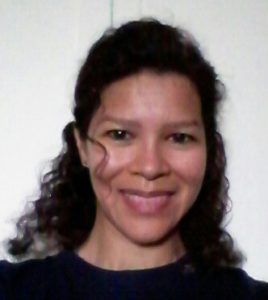 The 20th anniversary of the Sept. 11 attacks not only marks the loss of the almost 3,000 people killed, but also the heroism and bravery from our first responders and civilians. It matters to me because my family and I were living in New York City at the time.

I saw the Twin Towers from my workplace in Manhattan as the skyscrapers burned and fell after being hit by two commercial airplanes hijacked by terrorists. After New York City was attacked, a third hijacked plane crashed into the Pentagon and a fourth crashed into a Pennsylvania field when passengers fought against the hijackers and tried to take back control of the plane. I often reflect on how what happened that day changed our country. It’s vital to consider the lessons we learned from it and what we can do to better inform the youth about it and honor the victims.

Sept. 11 changed America’s sense of security.  Mitchell Zuckoff’s book “Fall and Rise: The Story of 9/11” describes how air traffic agencies used different radar systems to track planes, complicating emergency communications before and during the hijackings. Also, airport security measures were lax as Americans took for granted that wars were only occurring on foreign soil.

The World Trade Center had been attacked before. In 1993, a truck carrying bombs drove into the garage and exploded, killing six people and injuring more than 1,000. Still, due to the belief the towers were built very strong and could never fall down, their owners made little effort to heighten security or structural integrity. So when the nation witnessed the destruction of the WTC, as well as the Pentagon, Americans were shocked. As a result, our country has heightened security measures, particularly at airports and on passenger planes. We now know that American soil is vulnerable to major conflict.

As a parent and an educator, I ask youths their thoughts about Sept. 11. I am surprised to discover how little they know about this major historic event. Also stunning is how “normal” post-9/11 America is to them. We now find it “normal” to take off our shoes and belts at the airport for TSA security, as well as all additional security measures our country and the world has put into place.

I want to better educate young people who are not aware of what happened in our country on Sept. 11 and thus prevent a similar tragedy from happening again. Educating youths about the attacks is also a way to honor those who died and those who survived and suffered health problems.

There are many ways to help young people understand the impact of this event on society. We can further educate them by incorporating more details into curriculum and library programs. Beautifully written and illustrated, Sean Rubin’s children’s book “This Very Tree” tells the story of strength and resilience of people in New York from the perspective of The Survivor Tree that survived the attack on the WTC. In addition, South Valley residents can host a ceremony to honor victims as well as first responders.

Let’s turn the anniversary into a day of service. Volunteers could help pack food to deliver to those in need. Also, my family and I are designing a Sept. 11 memorial plaque to educate about this very significant day in U.S. history, honor victims, and make sure we never forget what happened.

Patrice Lyn is a resident of Morgan Hill and a community volunteer.