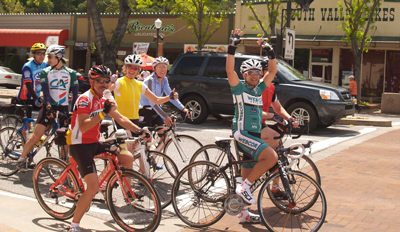 With its pastoral vistas of family farms, vineyards and ranches, the South Valley region has during the last decade grown into a popular place for cyclists to escape Silicon Valley stresses and enjoy a challenging ride on rural roads. Now with the upcoming Spring Bike Classic event sponsored by Specialized Bicycle Components and Bicycling Magazine, Morgan Hill is on the verge of taking the next step in becoming a major Bay Area destination for bike jocks and cycling enthusiasts to gather and tour country lanes.

As global public relations manager for Specialized, Sean Estes sees the potential for Morgan Hill to grow as a recreational tourism destination for cyclists. The community actively encourages cycling, he said.

“Morgan Hill is a great place to ride because it’s really scenic down here, it’s pretty rural down here and the roads aren’t as jammed and as busy,” he said. “From a cyclist’s perspective, it’s nice to be able to do a long ride and not have to constantly be stopping for (traffic) lights. We’ve got so many beautiful reservoirs and foothills, and this time of year we have the wildflowers that are out.”

The community sits at the geographic hub of a multitude of bike ride opportunities, Estes said. The scenic Coyote Creek Trail attracts day-trip cyclists who start in San Jose and cruise on an easy-to-ride paved path to a Morgan Hill neighborhood close to Anderson Reservoir. Henry W. Coe State Park and Harvey Bear County Park challenge hard-core mountain bikers with rugged and steep terrain. And many weekend cyclists pump their pedals on loops along Watsonville Road, Canada Road in Gilroy, and Uvas Road, often ending their ride with a coffee and pastry at downtown Morgan Hill’s GVA Cafe. 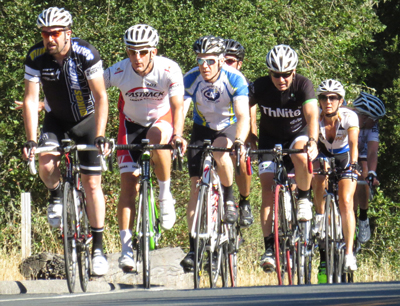 Estes remembers that when his family moved to Morgan Hill from the East Coast when he was about 10 years old, he was amazed by the region’s cycling fanatacism. “I was always into riding a bicycle around the neighborhood, but when I moved here I was exposed to mountain biking and road biking,” he said. “And having Specialized in town really kind of kick-started it here. Immediately for me it was obvious that it was a big cultural thing here. Morgan Hill is a great town and it’s really neat to see it emerging as a cycling hot spot in the South Bay…. In the last three or four years it’s really started to catch on.”

Specialized has played a significant role in making Morgan Hill a city well known in the cycling world. The company started in Campbell in 1974 and moved its headquarters to Morgan Hill about a decade later. Now with about 350 employees at its complex of buildings on Concord Circle, local residents often see a cycling pack of Specialized workers on their lunch break cruising through the downtown and rolling along rural South Valley roads.

In recent years, Specialized has sought out opportunities to get more involved with Morgan Hill as a community and share the passion for cycling, Estes said. That goal helped lead to organizing the Spring Bike Classic event May 10 with Bicycling Magazine. Two years ago, the editors of the world’s largest cycling publication (with nearly 500,000 readers) created the Fall Bike Classic event that has turned into a major East Coast bicycle festival. Seeing its success, Estes encouraged Specialized to work with Bicycling Magazine to bring a similar event in spring to the West Coast. With its various biking opportunities, Morgan Hill seemed the perfect place to hold it. The event is expected to attract about 1,000 riders who will choose from three “fondos” (or fun rides) of from 25-miles to 100-miles in length starting and ending at Specialized’s headquarters. A festival designed with family fun in mind at the end of the ride will let Morgan Hill residents celebrate the joy of cycling. 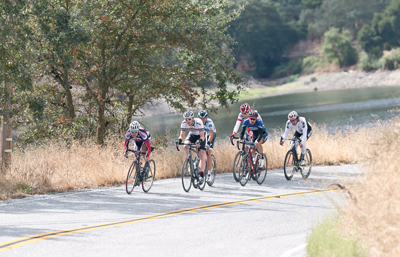 Bruce Hollibaugh, co-owner with his wife Jennifer of Morgan Hill’s Concept Cyclery, sees the potential for the Bike Classic introducing Northern California bike enthusiasts to the South Valley. Over the last five years, the region has developed greater recognition among Bay Area cycling enthusiasts, he said.

“It’s a combination of great roads, that’s for sure,” he said. “It also helps that we have Specialized here, and it helps that we’re here as well with Concept Cyclery. We have done a lot to promote cycling in the community, my wife and I, to get more people on bikes. That’s literally why we built our business, to create a kinder, gentler place to come and learn about cycling and to get everyone as enthusiastic as we are.”

Morgan Hill resident Lynn Astalos agrees that the quality of the region’s roads as well as the variety of the rides has contributed to the South Valley’s appeal to cyclists.

“One of the reasons I live here is it’s just such a great place to ride,” he said. “It’s got different terrain. When you get into the back roads here, you don’t run into a lot of cars. And you can’t beat the scenery.”

As marketing chair for the Independence Day Celebration’s events, Astalos is involved in building up the IDC’s own Freedom Fest Bike Classic event scheduled June 28. The event this year will include a new “century ride” of 100 miles to challenge cyclists, along with a 100K and several rides of family-friendly lengths. Astalos is also working with the I Care Classic Bike Tour which will be held in Morgan Hill on May 10, the same day as the Spring Bike Classic.

“There’s always been a core biking community here, but it’s definitely grown,” he said. “When you go out on weekends, you think there’s a race every weekend, there’s so many bikes out.”