Adam Escoto has advocated for foster care and Hispanic youth 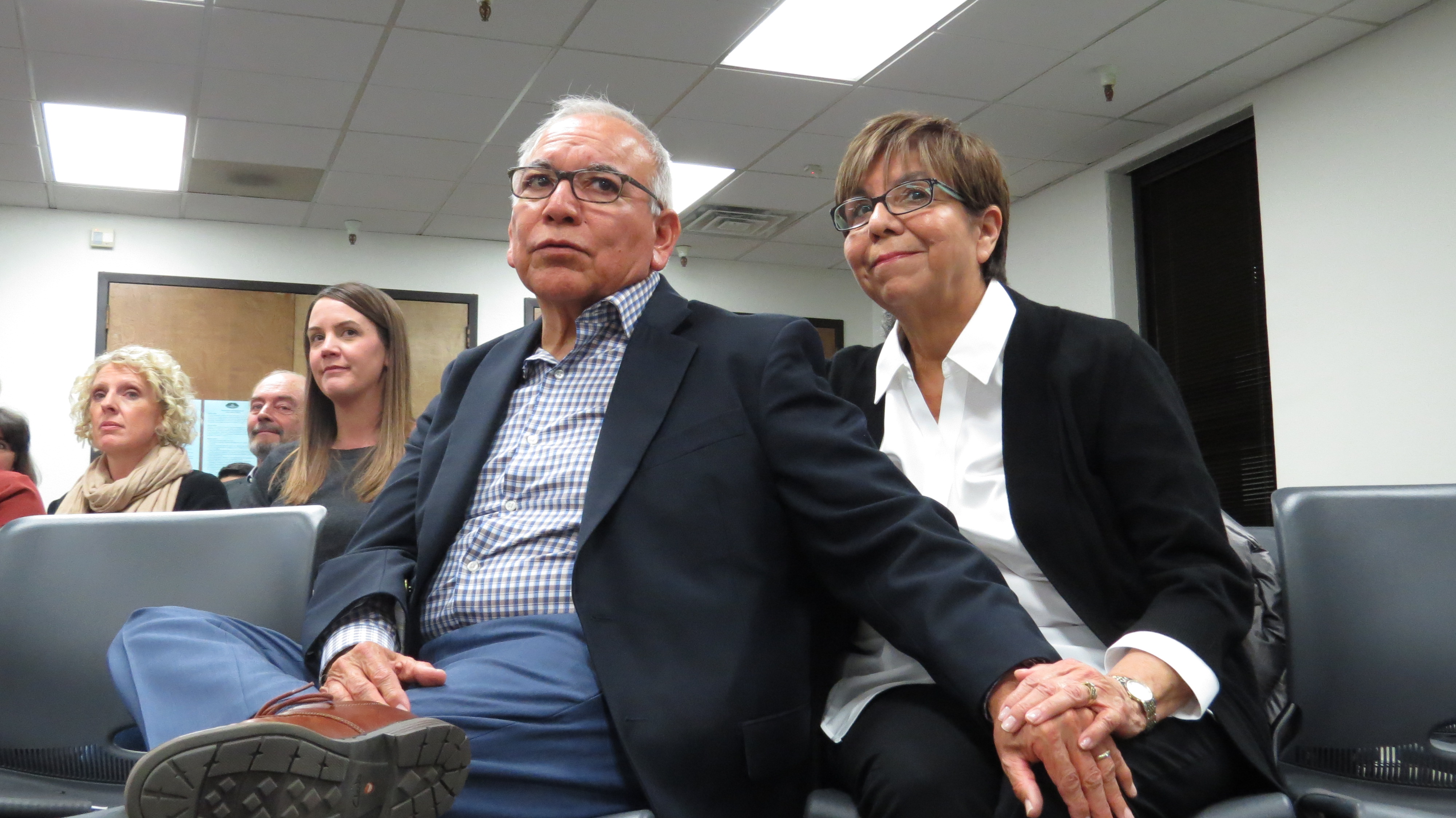 Photo by Marty Cheek
Adam Escoto and his wife, Laura Gonzalez-Escoto, after it was announced he will fill the vacant seat on the MHUSD school board. 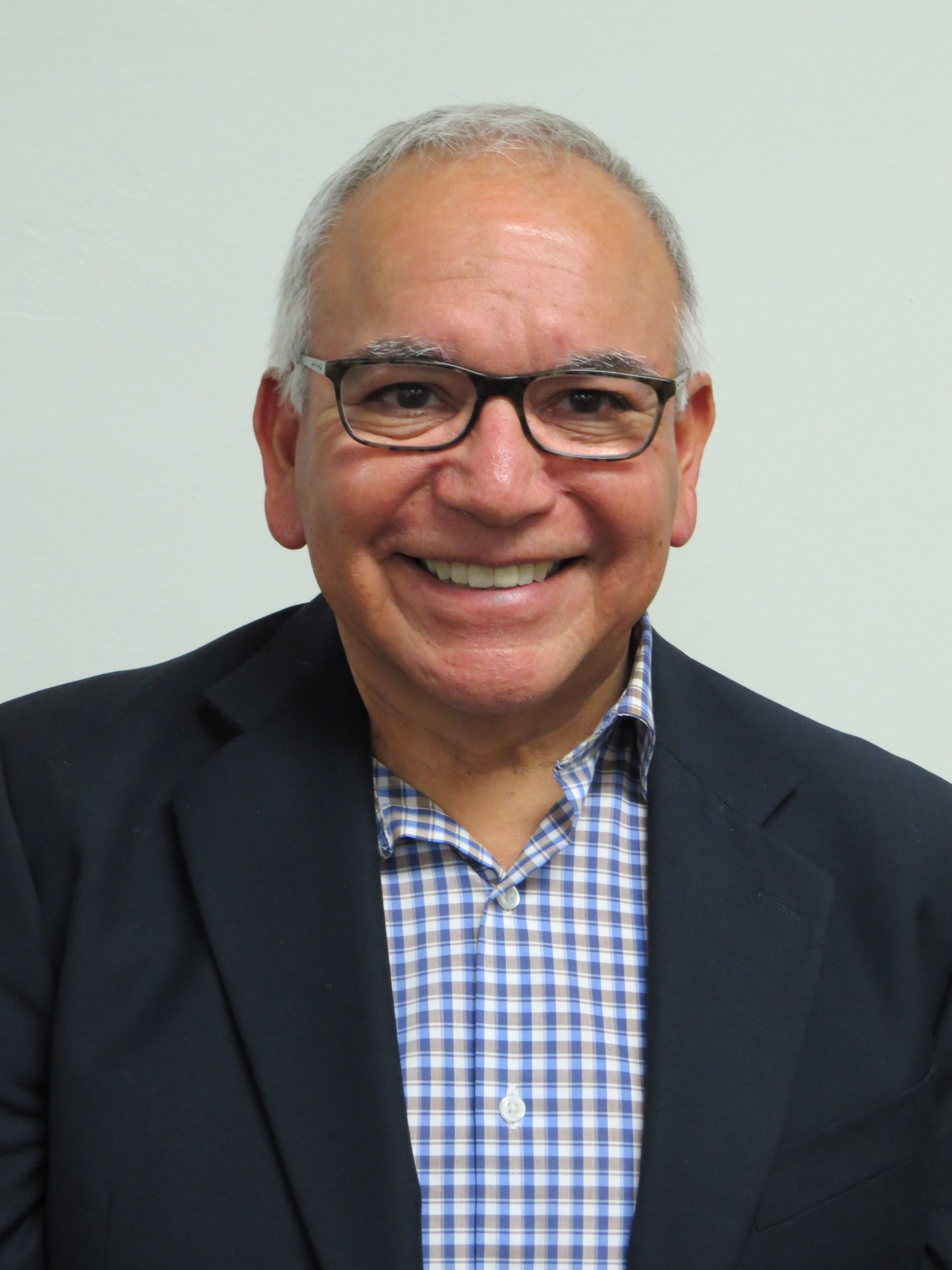 Escoto will be sworn in as a trustee at the Feb. 5 board meeting. The other two applicants for the open position were Jennifer Klamm and Laurence Fleisher.

In the first and only round of voting by the six-member board, Escoto received the majority of four votes from Board President Mary Patterson and trustees Heather Orosco, Vanessa Sutter and John Horner. Fleisher received two votes from Board Vice President Carol Gittens and Trustee Wendy Sullivan.

Escoto is a retired educator and community volunteer who has lived in Morgan Hill for 33 years. He served on the MHUSD Personnel Commission for eight years, including five as the chair.

During public comment at the start of the meeting, several residents endorsed the applicants they favored. Cecelia Ponzini, founder of the Edward Boss Prado Foundation, spoke about Escoto and his involvement with her nonprofit Cecelia’s Closet, which helps families in need.

“I’m sure that all three candidates are fine, they’ll probably do great. But I want to talk a little about Adam,” she said. “Adam is a true volunteer. Adam is the person who, when we do our events, who else is going to go at 6:45 a.m. to find produce and pick it up and bring it to Cecelia’s Closet and then work all day? We have 54 percent Hispanic youth in the Morgan Hill Unified School District . . . Adam knows the culture. He’s been in foster care, he’s been an advocate for it.”

Escoto read the board a statement describing the challenges of his youth and how education helped him turn his life around:

“I am the son of a teenage mother and an absent father. My father lost his parental rights when I was five years old. My mother surrendered her parental rights when I was 10 years old, and for the next five years I would travel back and forth from foster homes to juvenile hall and back to foster homes. How many foster homes? I honestly don’t know. By the time I was 15 years old I had attended three middle schools and seven high schools. Despite these circumstances, I was a successful high school student due to my participation in sports that engaged me and, of course, my supportive foster parents. After my high school graduation, I entered college. I then spent the next 20 years working with nonprofit organizations whose mission was to support and advocate for Latino children and their families.”

Escoto was the assistant director of the Mexican-American Community Services Agency when San Jose Unified School District hired him to assist in implementing a federal court-ordered desegregation program. He oversaw several components of that program such as the parent information and enrollment centers, parent engagement programs and the district’s parent advocacy efforts. This began a 27-year career in K-12 public education, including as principal of Horace Mann Elementary.

Shortly after he retired he was hired by several school districts, including MHUSD, to coach and mentor new school administrators. He has also been a volunteer on behalf of local students and the community. He is also a court-appointed special advocate for two Latino boys in foster care.

“I am a 33-year resident of Morgan Hill and have lived in District 7 for most of those years,” he said. “Our son and four of our seven grandchildren were educated in this district. Education for me in my formative years offered a pathway that made many things in my life possible. I want the same pathway and support to be open and accessible to all the students and their parents in our school district, especially those in District 7 who mirror many of my childhood challenges.”

Applicant Klamm told the trustees she moved to Trustee Area 7 six years ago and immediately sought ways to get involved in the community. She is a registered nurse and serves as the department manager of Maternal Child Health with Kaiser Permanente. She has volunteered at P.A. Walsh STEAM Academy and Live Oak High School.

Applicant Fleisher is a retired engineer who worked in Silicon Valley for various companies. He has lived in Morgan Hill for more than a year. He told trustees he is the son of a public school janitor and all of his children attended public schools. His wife worked as a public school teacher.

In 2016, Murillo ran unopposed for the Trustee Area 7 seat after the school district was forced by the threat of a lawsuit to go to a trustee area form of electing board members. She had two years remaining on her four-year term which expires in December 2020. Her last day on the board is Jan. 31.

If the board had decided to ask the voters to choose the replacement for Murillo instead of appointing a new trustee, an election would have been held in June and cost the district as much as $345,000.