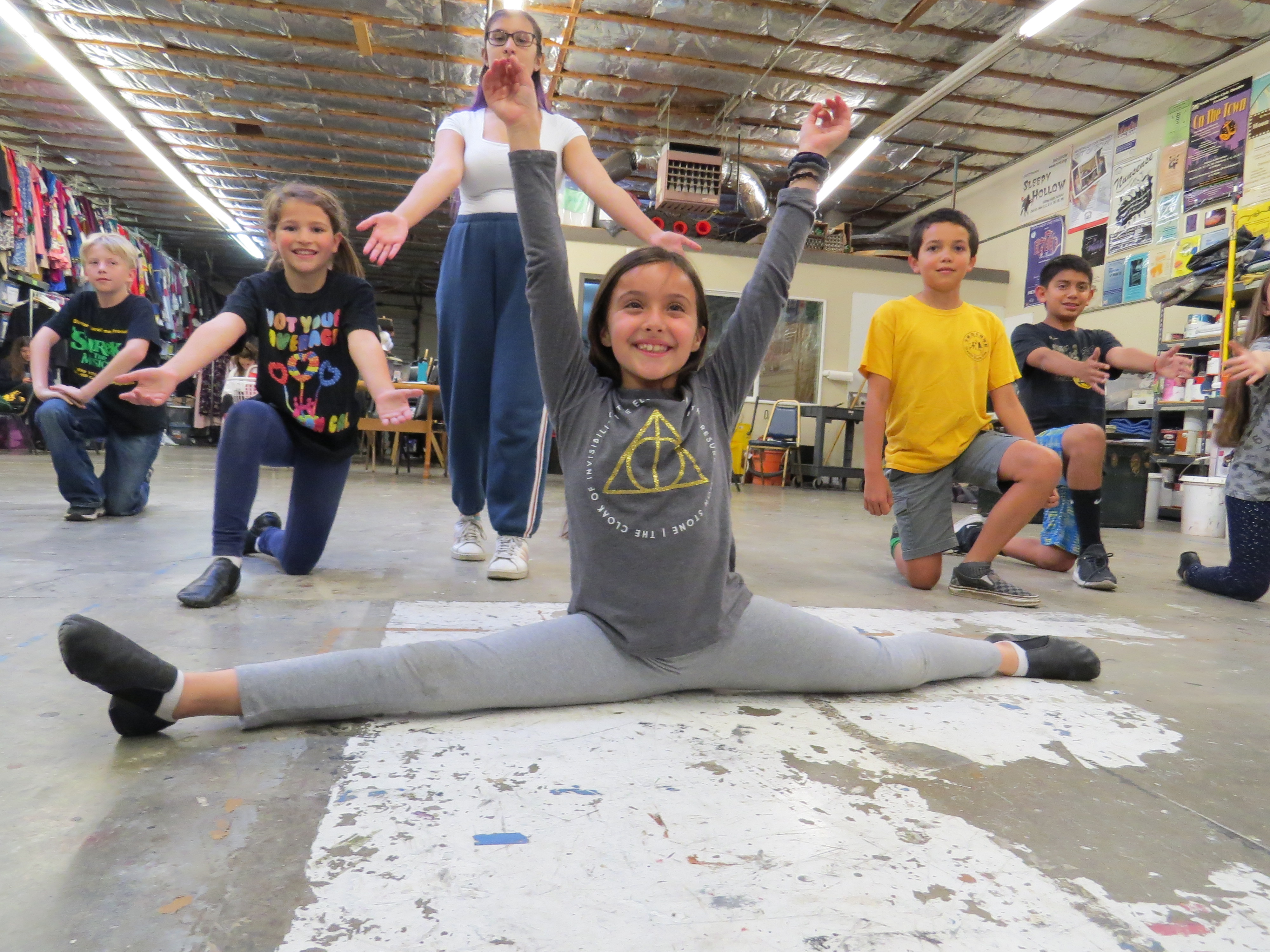 The South Valley Civic Theatre’s musical “Gypsy” opens June 14 to tell the story of “the ultimate show business mother” as she struggles with her two daughters to create a career for them onstage.

The show is loosely based on the 1957 memoirs of the famous striptease artist Gypsy Rose Lee. It focuses on her mother, Rose, played by Ingrid Rottman, who favors her daughter June, played by Lindsay Sommers, over the shy Louise, played by Chloe Angst. Louise eventually remakes herself as the enticing performer “Gypsy.” 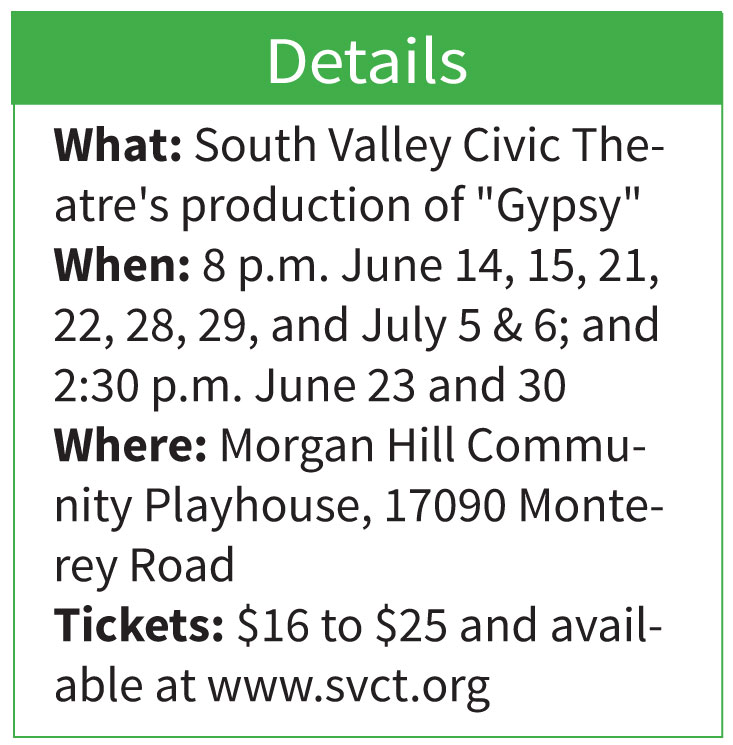 Tracy Van Gundy and Greg Colbert are producing the show and Adrianne Wilkinson is directing. “Gypsy” is the last show for SVCT’s special 50th anniversary season, which offered a set of musicals and dramas performed by SVCT more than a decade ago. Originally performed in 1959 on Broadway, “Gypsy” was first produced by SVCT in 2003 and performed outside on a stage at the Pumpkin Patch’s barn in San Martin. It’s full of show tunes including “Let Me Entertain You,” “Everything’s Coming Up Roses,” and “You Gotta Get a Gimmick.”

“There’s a lot of growth in the characters, especially Louise,” Van Gundy said. “She comes into herself and becomes Gypsy. Mama Rose is the epitome of the stage mom. She’s living vicariously through her daughters.”

Wilkinson directs the three lead actors in the show with heart-felt emotions showing the pains that come when parents impose their own personal dreams on their children who might not wish to follow that path.

“I’m really trying to be authentic and tell the story as much as possible because when you get down to it, it’s really about relationships between a mother and her daughters, and also a mother for her love for theater,” she said.

Van Gundy said this toxic parenting style is seen in many families in modern America.

“Anyone can relate to the relationships between mother and child, and also the parent’s dreams for their children, sometimes how those get projected on their children,” she said. “We see that a lot of that today with sports dads and stage moms.”

As Louise, Angst sees a character who goes through an extreme character arc as the timid girl emerges out of her cocoon to become the seducing performer “Gypsy.” This is the first show the Fremont resident has done with SVCT, and she’s impressed by the quality of the cast. 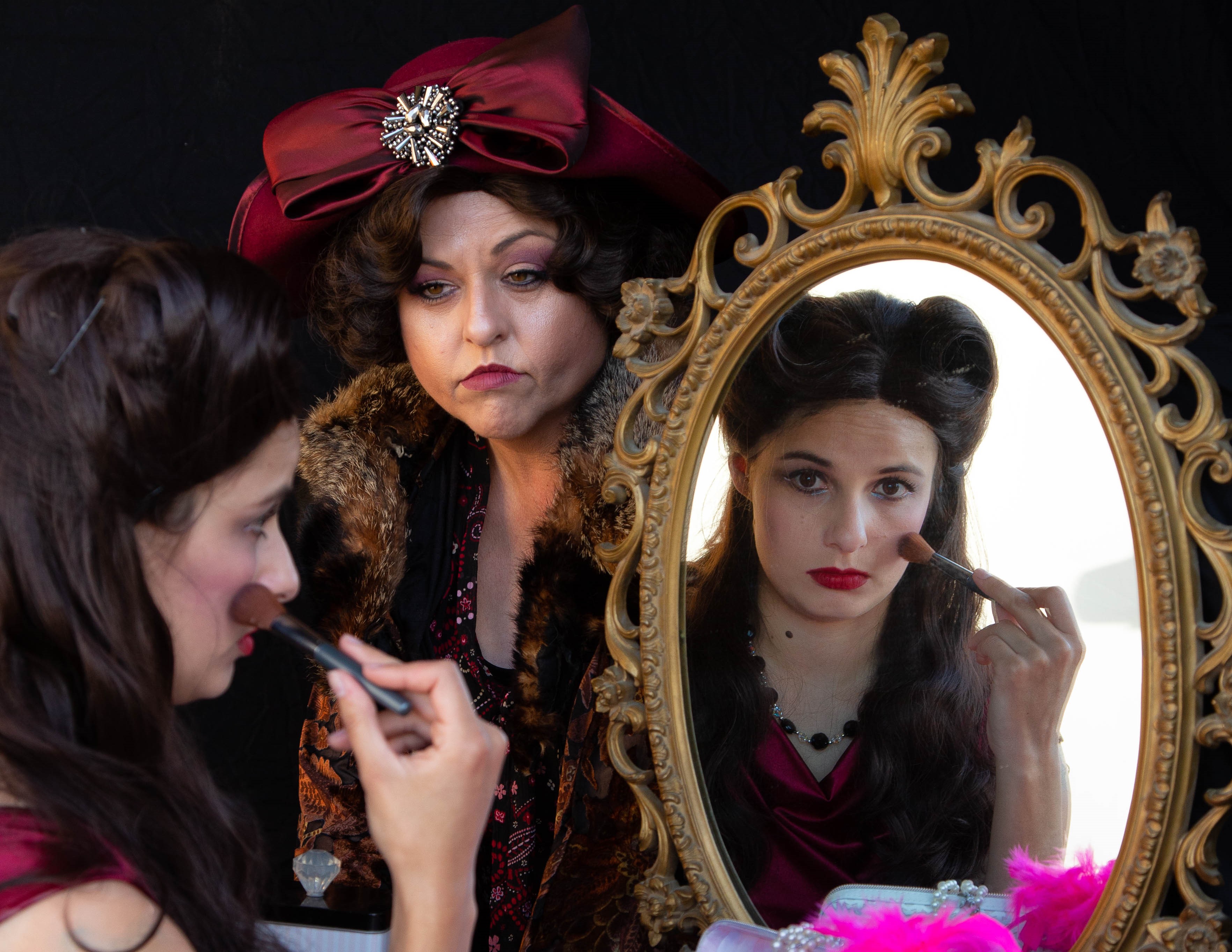 “Louise is a difficult character because she’s extremely dynamic. She starts out being incredibly reserved and shy and a little bit awkward,” Angst said. “She’s the daughter that doesn’t get as much attention because she’s not as talented as Baby June. And then as the show goes on, she gets stronger and stronger until the end when she’s able to stand up to her mother.”

Sommers first appeared with SVCT in 2016 in “The 1940s Radio Hour.” She compares “Gypsy” with the television show “Toddlers & Tiaras,” about beauty pageants for very young girls.

“On stage, June is a different girl than who she is internally,” she said of the character she plays in “Gypsy.” “Her mother just constantly forces her to be this eight-year-old little super star who’s really peppy, and that’s not really who she is in real life. She wants to be taken seriously. She’s kind of like two different people in this production. But internally she’s a fireball. She’s fun.”

The drama of the show deals with a dysfunctional family where the two daughters find it hard to be true friends because of Rose’s manipulation of their lives, Sommers said.

“June never sees Louise as a rival,” she said. “They’re just never close at all because their mother, Rose, is the person who gives June attention all the time so she never gets the chance to bond with Louise, which is very sad. They do end up bonding over their hatred for their mother before I (June) run away. That’s fun.”