Students put on story of transformation in ‘Beauty and the Beast’ 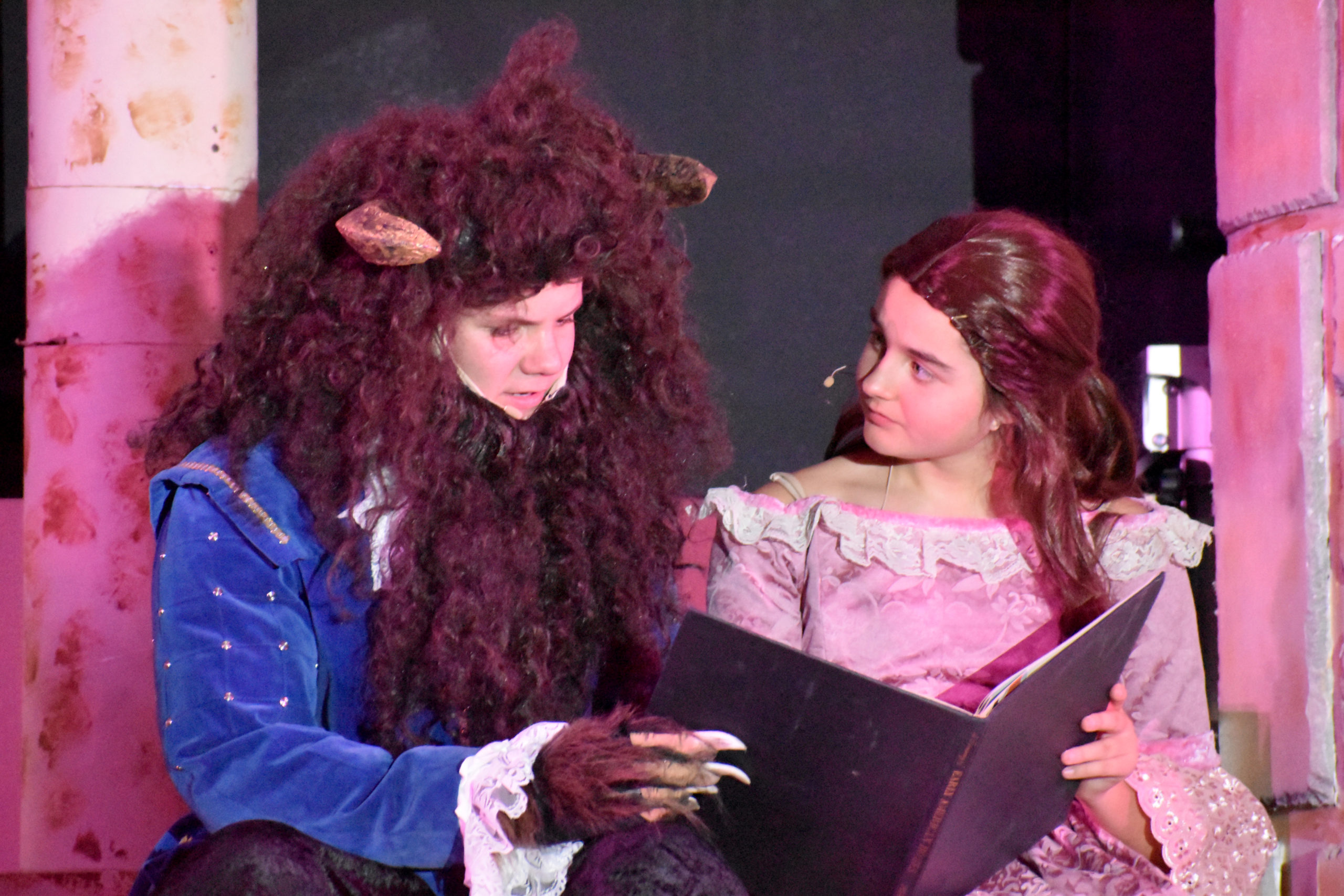 Students at St. Catherine School of Morgan Hill performed a “tale as old as time, true as it could be” with the Disney musical “Beauty and the Beast, Jr.”

The show was performed Nov. 22, 23 and 24, and is a children’s version of the Broadway show based on the Academy Award-winning animated film. Kris Heiser, a seventh-grade social studies teacher at the school, served as the director.

The story is about transformation and tolerance. Belle is a young woman in a provincial town, and the Beast is a young prince trapped under the spell of an enchantress. If the Beast can learn to love and be loved, the curse will end and he will be transformed to his former self. If the he does not learn the lesson of love soon, he and his household will be doomed for all eternity.

“Everyone in the cast and production worked so hard beginning right when we start school in August,” she said. “It takes so much work to get to the weekend of the play. We become like family at the end and it’s amazing being on stage.”

Bennett Anderson, an eighth grader, took on the role of Beast. He had to deal with the stress to prepare in time and nervousness to perform on stage in front of his friends, but it helped him to build his acting talent as he created friendships.

“For me, it is more about the process than the actual performance because it is fun,” he said. “I have met a bunch of new people that I didn’t normally hang out with at school. It is also fun because the little kids look up to me. I just know I have to do it. It’s like not wanting to play football in front of the football coach. You just do it.”

“As a parent, naturally, I love to see my kids on stage and enjoy theater. But as a producer, it is truly an amazing feeling to watch all of these kids transform during just a few months,” she said.

Brayden Hughes, a sixth grader, played “Cogsworth,” a clock that serves as the prince’s butler and keeps a watchful eye on the castle’s servants, making sure that everything is running to Beast’s liking.

“This experience has been fun and creates memories for the future. It’s been exciting for me to play a lead role as a sixth grader because the role I got is the role I desired,” he said. “I love to perform because it takes my mind off of stress and it’s fun to pretend to be something you’re not, especially when you play a funny role.“

Sophia Sweeney, a seventh grader, played Silly Girl. She found the process of preparing for the show fun because she got to be with her friends and strengthen her creativity.

“Sometimes it is stressful and you can make your own choices under pressure which I like,” she said. “For the performance, it is also really fun because you get to boost your confidence in front of some people you know and some people don’t know.”

“This experience has been fun and exciting,” he said. “I love to perform because I love to be in front of audiences and I want a lead role one day.”

Olivia DelMonaco, a sixth grader, played Silly Girl. She said she loves  acting and helping other actresses and actors find their love of acting.

“This has been very fun,” she said. “It is super fun and very awesome.”