Community Voices . . . with Asit Panwala: Vote ‘no’ on Measure A 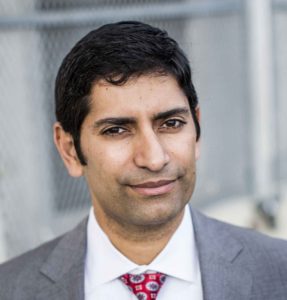 Measure A is a handout to a wealthy out-of-town developer, while taking away our opportunity to have a wholesome food market/store on the north side of town. Laws are meant to benefit all of us, but instead Measure A changes the zoning for out-of-town developer. Measure A will allow him to build hotels at Madrone Village Shopping Center instead of a grocery store. The developer has spent more than $300,000 on the Yes on A campaign. Why? If Measure A passes, the windfall to the developer is more than a million dollars because he bought cheaper land and had us change the zoning for him.

How will the developer persuade you to vote yes? He promises two cookie-cutter hotels, a Fairfield Inn and Home-2-Suites, will add $1,000,000 in taxes to fund city services like police, parks, and street repair. There is no evidence to support his claim.

The Granada Hotel with 60 rooms and a 120-room hotel on Cochrane will increase the number of hotel rooms in Morgan Hill by 40 percent. That’s 65,700 room nights that will be available soon in our town. The Cochrane hotel is less than a mile away from Madrone Village.

The proposed hotels at Madrone Village will add another 206 hotel rooms. If you build it, will they come?  They won’t because we don’t have enough demand for rooms in Morgan Hill.

Instead, you will see a decrease in room rates and occupancy as more hotels compete for the same guests. Hotel tax revenue for the city will drop and stagnate. Local family-owned business like my parents who have lived in Morgan Hill for 40 years and own Comfort Inn will be harmed. And you won’t get the additional services you were promised. The Morgan Hill Responsible Growth Coalition has joined us (every major hotel in town) in urging you to vote no. They agree Measure A won’t create high-paying jobs, that zoning should be not changed to create instant wealth, and will not help our economy. Vote no on Measure A. Build a wholesome food market, not more hotels.

Asit Panwala is the lawyer for the No on Measure A campaign. His family owns the Comfort Inn in Morgan Hill.