Community Voices by Linnie Lee: Morgan Hill woman was a pioneer who made a positive difference

In 1970 attorney was elected to the Morgan Hill City Council 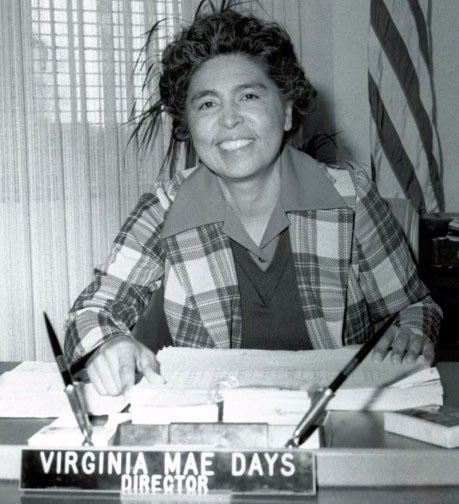 This year America commemorates the 100th anniversary of the Women’s Suffrage Movement. We honor the women who fought for the 19th Amendment as well as those who continue to fight for women’s rights today. 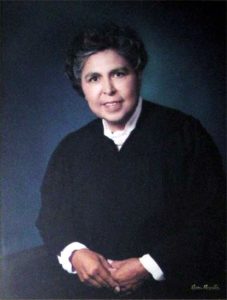 Preserved in the Morgan Hill Historical Society archives is the story of an unsung hero, Virginia Mae Days, a woman of Mexican-American heritage who fought for all people and whose life’s work made a positive difference in our city, county, and state.

Days was born June 25, 1934 on the heels of the Great Depression in San Jose. Her family of eight moved to Morgan Hill in 1947. She attended Live Oak High School when it was located on Monterey Road (where Britton Middle School is now) and graduated in 1952.

Days’ initial goal was to become an attorney. After a year at San José State College (renamed San José State University in 1972), she realized that college tuition was a financial hardship for her parents, so she joined the U.S. Navy Waves and then returned to college on the G.I. Bill.

In 1960 she earned a B.A. degree in Political Science from U.C. Berkeley. Three years later she received her law degree from the University’s Boalt Hall School of Law.

She also got involved in government. In 1969 she served on the Morgan Hill Planning Commission and in 1970 she was elected to the Morgan Hill City Council. Days not only became Morgan Hill’s first woman mayor in 1972 but also served for three terms until 1978. She was an outstanding example of female leadership during a time when Morgan Hill was evolving from a small town into a growing community on the edge of Silicon Valley. Only three other women have served as mayor of Morgan Hill since Days’ time in that office.

Days’ eagerness to bring positive social change to her community led to her involvement with the Regional Criminal Justice Planning Board, and the Santa Clara County Drug Abuse Committee, and as the Santa Clara County Representative to the Inter-City Council. Her military background inspired and informed her work as director of the California Department of Veterans’ Affairs. She was the first woman and the first Latina to hold this position.

The pinnacle of her career came with her appointment by Gov. Jerry Brown to the Santa Clara County Superior Court. Days was the first Latina judge on the bench and she served there for 20 years.

Her professional interests extended quite naturally into other aspects of community life. She once said, “You get interested in something as a lawyer, such as municipal law; then that leads you to participation in municipal government; and that leads to all other kinds of involvements.”

As a teacher and mentor, Days encouraged women to reach their career potential. She served on the YMCA board and was a member of AAUW, the Women’s Education Program at Gavilan College, and the Gilroy Business and Professional Women’s Club. She lectured at high schools and colleges, and was a positive role model for women and Mexican American students. She even brought her professional knowledge to the medical community as a member of the Santa Clara County Medical Society’s Committee on Medicine and Religion.

Days never married or had children. She was devoted to her parents and extended family. As an active member of St. Catherine’s Church of Morgan Hill, she didn’t buy the excuse that people were too busy to serve others, having once said: “If you see things that need to be done, you can’t sit around waiting for something to happen, because maybe it just won’t get done.”

Virginia Mae Days died June 9, 2015 at O’Connor Hospital in San Jose. She was a trailblazer, advocate for social justice, and a phenomenal woman leader in South County. Her words resonate and her legacy is one we can all strive to emulate today.

Linnie Lee is a board member of the Morgan Hill Historical Society. She wrote this for Morgan Hill Life.