Kiana first joined Troop 2799, the first and only Boy Scouts of America troop in Morgan Hill that allows girls to join 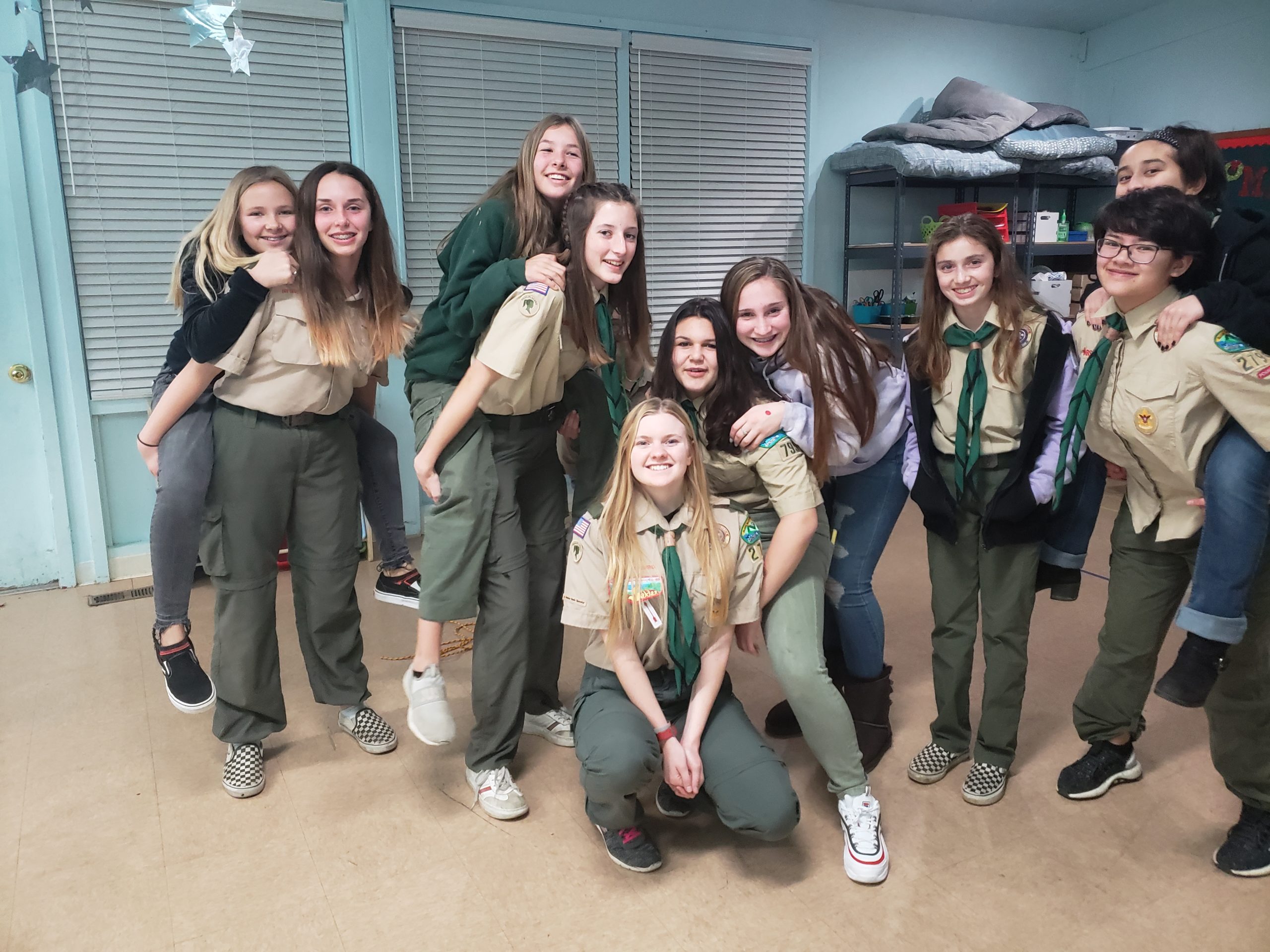 The unflappable determination and steadfastness with which 18-year-old Kiana Nielsen approaches life is awe-inspiring.

I recently chatted virtually with the Morgan Hill teen, who is one of the few women in the country to have completed all the requirements to become an Eagle Scout.

Kiana first joined Troop 2799, the first and only Boy Scouts of America troop in Morgan Hill that allows girls to join, as a founding member when she was 17 in 2019. She had participated in Girl Scouts for seven years while watching her brother experience Boy Scouts and longed to do fewer arts and crafts and more vigorous active and outdoor activities.

“I really enjoy the outdoors. They used to go camping almost every weekend . . . They get to go on wilderness hikes. There’s a lot more merit badges in Boy Scouts,” she said. 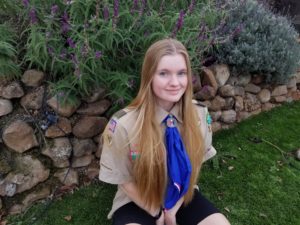 When Kiana learned she could join the Boy Scouts, she said “I was super excited” at the prospect of all the volunteering it would enable her to do, including cleaning up trash by the city’s rivers and mending fences around town.

It also spurred her to work toward becoming an Eagle Scout, the highest achievement attainable in the Boy Scouts program.

For the next year she worked to earn the required 21 merit badges and then some, completing goals in physical fitness, swimming, lifeguarding, and a host of other areas. One of her favorites, Kiana said, was the wilderness survival badge, which allowed her to learn about first aid and gave her the opportunity to camp outdoors without a sleeping bag or tent for one night at a week-long summer camp. “It was cold!” she said. 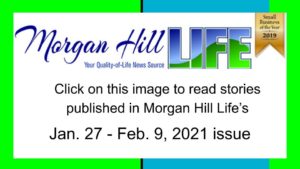 For her final Eagle Scout project, she opted to refurbish six outdoor benches at the Third Street Mall in downtown Morgan Hill. Through her volunteer work, she had heard the benches needed to be redone. The city of Morgan Hill allowed her to use the downtown parking garage as a work space. During the course of two days last summer, she and her fellow Scouts sanded the benches and applied multiple coats of epoxy and stain, before allowing them to dry overnight and putting them back into place.

Throughout her life, Kiana said she’s been influenced by watching family members donate their time volunteering and wanted to follow in their footsteps.

“Volunteering gives me a new perspective and self-awareness when faced with heart-aching situations I see families in,” she said.

While delivering groceries to senior citizens living in a nearby apartment complex, she noticed that many of its residents had small children. She launched the nonprofit group, Hearts and Crafts in 2018 and began babysitting, and organizing and leading children in activities.

She said she also felt called to serve her country. Right after she turned 18, she joined the National Guard.

“I have a lot of friends in the Army and they really like it. I always wanted to serve my country. This is the best way to do that. You get to travel. I’m also getting training to be a combat medic,” she said.

Kiana plans to leave soon for Fort Jackson in South Carolina for basic training, which will last 10 weeks. Her trip may be postponed, she said matter-of-factly, to accommodate a surgery. After having her appendix removed late last year, her doctor discovered cancer cells and diagnosed her with neuro-endocrine cancer. A surgery to remove part of her colon will happen before or right after basic training.

Kiana’s ultimate goal as a career is to become a paramedic. After basic training, she’ll travel to Fort Houston in Texas where she’ll undergo 16 weeks of courses and training in combat medic training.

“I’ll come back to California. And one weekend a month, I’ll go to my unit in San Mateo. And hopefully I’ll get a full-time job over there or get an EMT job in Morgan Hill or San Jose,” she said.

Kiana said becoming an Eagle Scout has taught her “extreme” organizational skills along with strong leadership and time management skills.

“Along the way I have been able to overcome some of my personal challenges such as public speaking, teamwork, and communication skills,” she said.

Kiana said she would encourage other young women to “stay stubborn.”

“There’s going to be a lot of people, whether you like it or not, who will try to hold you back and will want you to stop. And you have to persevere through the hard times because it’s worth it. It really is.”