Riyani was diagnosed with Tourette’s that causes people to make sudden movements or sounds, called “tics,” that they can’t control 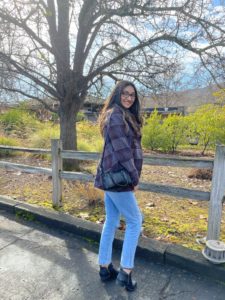 Teen author Riyani Patel hasn’t let living with Tourette’s Syndrome prevent her from following her passion. Rather, she is turning the challenge into an opportunity to help others.

I had the privilege of speaking to the 16-year-old Sobrato High School junior recently on Zoom. We discussed her extraordinary efforts to not only cope with the neurological disorder, but also use it as motivation to write a series of novels dispelling myths about Tourette’s and address bullying.

In middle school Riyani was bullied by other students because of her uncontrollable vocal and motor tics, including flailing her arms, banging her head against the wall, and uncontrollably blurting out words. Simple things like excitement, stress, and being tired could be triggers. She had to stop martial arts and dance lessons, missed out on special events like birthday parties and weddings, and avoided outings like going to the movie theater. But she said the worst was eating lunch by herself because her peers didn’t want to hang out with her. 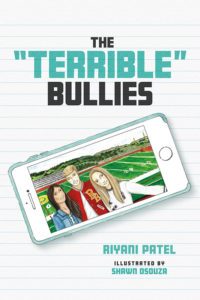 “It was really hard living with Tourette’s because people would make fun of me at school, and tease me and embarrass me,” Riyani told me. “I felt uncomfortable and I felt bad for myself because I thought: why do I have to go through this?”

“Whenever I wrote, I would stay focused on writing, and that would keep my mind off my tics,” she said.

She took her writing a step further when she was 12 and wrote her first novel, “The Boy Battle” while working with her tutor, David Chappell. He had just started a nonprofit group to help kids write novels. Riyani was his first student. Every Friday for seven months, she worked on “The Boy Battle,” which follows the story of middle school student, Tanya, who must deal with the challenges of her Tourette’s. Chappell helped her self-publish.

Riyani says her tics have improved and she has since found a group of friends who don’t treat her differently. But the memory of the bullying in middle school inspired her to write her next book in the hopes of helping others who have gone through a similar experience.

Her second novel in the series was released last year. “The ‘Terrible’ Bullies” follows the same group of characters introduced in the first story as they try to stop the bullying happening at their high school.

Riyani wrote the novel over the course of more than a year when she was 14. Her publisher, Mascot Books, helped her with multiple rounds of edits as well as finding an illustrator for the cover and marketing her book.

“It was hard, but at the end of the day it was really worth it,” she said. 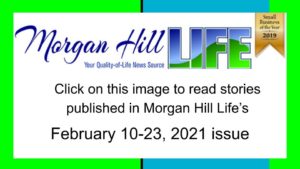 In addition, Riyani has collaborated with wikiHow in producing two anti-bullying videos: “How to react to being bullied” and “How to find resources if you’re being bullied.” Both can be found on YouTube.

Talking to her teachers helped her cope with the bullying in middle school, the young woman said.

“They understood that middle school was my absolute worst years for me,” she said. “If I talked to a student then they wouldn’t understand. They wouldn’t act mature. But my teachers helped me. They would say that it would get better … And my friends made it better for me.”

Riyani also helps raise awareness and advocate for Tourette and tic awareness in her community as a youth ambassador for the Tourette’s Association of America. In July 2018, she flew with her dad to San Antonio, Tex., for the Youth Ambassador training.

“It was really fun because I got to meet other young people with Tourette’s who have similar challenges. I had a really fun time.” Riyani said.

Riyani is turning her attention to writing her next novel she said will focus on football, vaping, and other issues teens encounter in high school.

“A third book is on the way. I still need ideas and inspiration, but it’s getting there,” she said.

Riyani said her long-term goal is to become a screenwriter.

“When I watch a show, I often wonder, how do people come up with these ideas, plan the storylines, and develop the characters. I’d really love to do that one day.”

In her free time, Riyani enjoys drawing, hanging out with friends and family including her older sister, going on walks, and making TikTok videos.

Asked what words of wisdom she would give to other young women, Riyani advised: “Follow your passion and talent in what you’re good at and that makes you feel proud. And avoid negative people.”

Riyani Patel’s books may be found at Amazon.com, Mascotbooks.com, and BookSmart in Morgan Hill. Contact her at [email protected]