Operation Freedom Paws celebrates a decade of helping veterans, others, with service dogs

OFP has served 462 clients and rescued 386 dogs from shelters 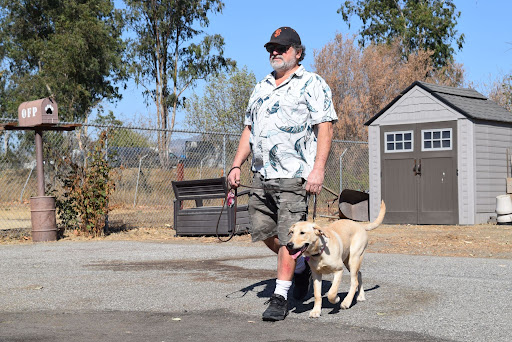 Dave and his dog Becca train at the Operation Freedom Paws facility in San Martin. The group celebrates 10 years this month.
Photo by Kaylee Arca

Operation Freedom Paws is celebrating a decade of life-changing therapy. The nationally renowned nonprofit organization pairs veterans, first responders and children who suffer from PTSD and psychological and physical disabilities with service dogs for a 48-week training and healing regiment.

OFP will host a gala Saturday, Sept. 25, to commemorate the 10th anniversary. Guests will be entertained with dinner, dancing, silent and live auctions, and live music including from a band made up of former clients. 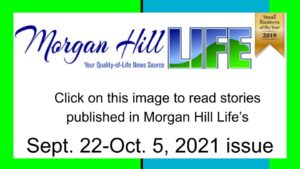 Gilroy resident Mary Cortani began the program in January 2010 when a Marine veteran named Josh called her on the phone looking for a service dog. He could not afford the estimated $10,000 to $35,000 it would cost to train a service dog. Cortani, a dog trainer, is a Vietnam-era Army veteran, a certified Army Master of Canine Education, and has worked with search and rescue teams.

“He was on a traditional service dog waiting list,” she said of the veteran. “He’d been on the list for several years but was feeling desperate.”

Trust is a big issue with veterans, Cortani said. She told Josh she would help him — and he did not have to pay a dime to train his service dog. 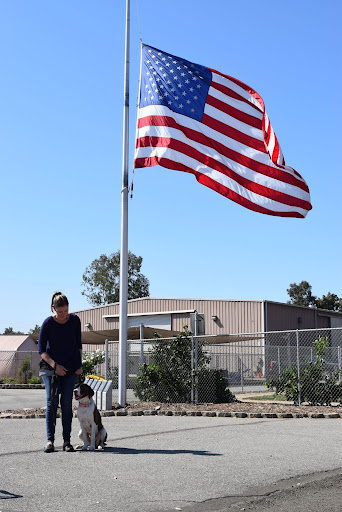 “I made him a promise that if he was willing to go on the journey with me, that we would figure out how to do this together, as long as he was willing to take that risk with me,” she said. “We found him a dog and started training —and the next thing I knew, just through word-of-mouth, I had my next clients and it just kept going.”

OFP had 34 clients when it first became a nonprofit in September 2011. Ten years later, OFP has served 462 clients and rescued 386 dogs from shelters. Cortani knew she wanted to name the nonprofit Operation Freedom Paws because she is on a mission to help those who fought for freedom heal with the aid of furry battle buddies.

Her passion is to give hand-ups, not hand-outs to veterans. She explained her beloved Golden Retriever, CJ, helped her find her purpose in helping heal the men and women who served in the armed forces.

“I was at a crossroads in my life,” Cortani said. “When you get out of the military there’s a transition, you’re kind of lost. I’d lost my courage, my self-confidence, and CJ gave it back. He gave me what I needed to do what I’m doing today.”

Jennelle was hoping for a big, tough-looking dog during his initial interview.

“I’d had a Pit Bull and Rottweiler prior to meeting Mary, and people gave me a wide berth, so I didn’t have to deal with anybody,” he said.

Cortani gave Janelle a 7-month-old fluffy Border Collie named Laddie. The pair trained at OFP for a year and have been inseparable since their introduction.

“Having a relationship with Laddie, I was able to develop other relationships and communicate with other people,” he said.

Jennelle commutes from San Carlos six days a week to train the teams of clients and dogs going through the program. He thanks OFP and Laddie for helping him through a tough time.

“It’s saved my life, it’s changed my life,” he said. “My relationships are far different and far deeper, and it wasn’t like that before.”

The San Martin Neighborhood Alliance and local waste management company Recology donated the use of an old, vandalized Recology property to OFP. Their rent agreement was $1 a year for the first five years. (Rent is now $1 a month.) OFP volunteers took six months to renovate the property for the nonprofit’s campus.

“Without our low rent, we could not serve as many people as we serve on an annual basis,” Cortani said.

It costs the nonprofit about $1 million a year to serve 44 to 50 clients and their families. Each client and their dog must attend class twice a week for a minimum of 48 weeks. The teams train at their own pace and most take longer than a year.

Todd L.’s first day of training at OFP was Sept. 14. He served in the Army for two and a half years and recently retired as a firefighter after 27 years. Todd received a recommendation to apply for the program while going through therapy for PTSD in San Luis Obispo.

On his first day of class, Todd was grateful for the support and encouragement he received from Cortani and other clients.

“Everyone is so welcoming here,” he said. “This is my chance to make myself better.”

Cortani paired him with a fluffy white dog named Ivy whom he had only met for one hour the night before. They connected in an instant.

“I’ve repurposed my life to Ivy,” Todd said. “Hopefully what I learn I’ll be able to pass on to other firefighters, police officers, and veterans that you can still live your life and be happy after (trauma).”

Everyone at OFP agrees Cortani has a magical knack for perfectly pairing dogs with clients.

“We start basic obedience training with the dogs to get their manners,” Cortani said. “We match them with handlers as quickly as possible because the journey of working and healing together is an important piece of the program.”

“About 90 percent of our clients want a dog who is scary and big to keep people away,” Cortani said. “Sometimes they get a fluffball.”

The perfect pairing is the first step to healing for the clients who come to Operation Freedom Paws.

Katrina served in the Air Force for five years. She began training with OFP in April after a recommendation from her psychiatrist. Katrina is a full-time student and travels from San Francisco to San Martin two times a week to train at the facility.

“They’re not strictly just for veterans. They also help other people who are in need of service dogs,” she said.

“I joke that Noelle doesn’t love me, but we mesh well together,” she said.

Katrina has grown to enjoy the program over the months she’s attended.

“This program allows you to grow with your dog,” she said. “I learn more about myself, my dog, and how to continue to build that relationship.”

In addition to training classes, OFP has “puppy yoga” and therapy groups for clients. At the end of every class session, puppy yoga is led by one of the four therapists, who are contracted from Dream Power Horsemanship in Gilroy. Each client-dog team sits together on a chair, couch or the floor. A therapist calmly talks the clients through recentering and being present with breathing exercises and by using the five senses. This helps clients center themselves after hours of training. The puppy yoga also allows the dogs to learn the calm baseline of their client so that they can know when something is wrong.

Dyan Adinamis has been a therapist with OFP for seven years. In 2012, she saw an episode of CNN’s annual “Heroes” recognition that featured Cortani and her work with veterans and dogs. She knew she had to be part of the program.

“She gives and enforces the hope that no matter how challenged each client is, Mary sees the strength, the hope,” Dyan said.

Mental health is an issue that doesn’t get discussed enough within society, Cortani said. “We all, at some point, will have a trauma in our life. Our brain changes when we experience trauma.”

Cortani’s passion is helping disabled veterans to rehabilitate into civilian life. Through OFP, she and her team provide the tools for them to live a happy life.

“A service dog isn’t a magic pill, it’s one piece in a tool belt to help them move forward,” she said. “We find that service dogs are a bridge to help veterans reconnect with their family and community to live their lives fuller.”