Ron Fry will talk about his new book “Hammerhead Six” Jan. 23 at BookSmart 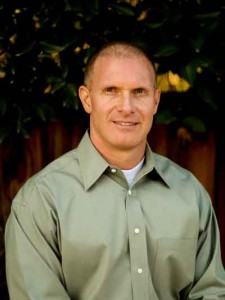 Retired U.S. Army Capt. Ronald Fry served in the 82nd Airborne Division and as a Special Forces team leader. For six months in 2003, he led an elite Green Beret A-Team, code name “Hammerhead Six” into what some military experts consider the most dangerous place in Afghanistan — the notoriously volatile Pech Valley.

Fry and his team fought Taliban insurgents and used unconventional warfare to “win the hearts and minds” of Afghans to establish one of the most effective military outposts in the war’s history. Their work earned national attention and recognition, including a feature on “60 Minutes.”

Now an entrepreneur, Fry lives with his wife and five children in Morgan Hill. He recently co-authored a book with Harvard professor Tad Tuleja called “Hammerhead Six: How Green Berets Waged an Unconventional War Against the Taliban to Win in Afghanistan’s Deadly Pech Valley.”

BookSmart will host a reading and signing for Fry 2 p.m. Jan. 23.

We asked Fry to discuss his new book with us and what America can learn from its conflict in Afghanistan. 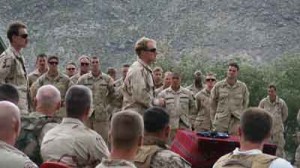 I was the captain of a 12-man Special Forces A-Team. I was responsible for all my team did or failed to do. Our mission was to go into a volatile valley and figure out how to turn the people away from the insurgents and terrorists hiding there and support the Afghan government and the Americans while trying to track down an Al Queda operative. We just put ourselves in their shoes and got the people to trust us and be interested in what we represented by providing them security, helping their economy, respecting their customs, setting up a clinic and school, and doing our best to improve their lot. In this type of warfare, whoever has the support of the people will win the war. We knew that thinking beyond our guns was the only way to win over the people.

What are some of the misconceptions the American public has about the war in Afghanistan that you might want to correct?

Most Americans thought we had won this war back in 2001 when the Taliban was removed from power and wonder why we are still fighting there after 14 years. The problem is with all the ethnic, tribal, religious and political issues and factions, Afghanistan will always be somewhat volatile, as its history has shown. We cannot win there with firepower alone and it is likely we will be there for decades in some way to keep it from becoming a haven for our enemies again. It is a tough reality.

How did your war experiences in Afghanistan change you personally in terms of how you look at that region of the world and America’s involvement there?

First, we cannot ignore this part of the world any longer. We must have a longterm strategy for how we are going to engage these people, make them allies or at least neutral, and deny the terrorists sanctuary in Afghanistan and its neighboring countries. Ignoring this part of the world and letting our enemies plan and resource attacks is what caused 9/11.

Second, I learned there are rational players over there we can work with. We can develop true allies that will help us accomplish our security and their economic goals. I learned that these people are not that different than we are. The Pashtun people in Afghanistan are not zealots. They live by a different code and religion than we are used to, but most are fighting the same enemies we are. I learned that seeing the situation through their eyes was very beneficial in identifying how to approach them in a way that they would see a benefit to working with the Americans.

As the threat of terror continues and as American troops continue to deploy to hot-spots like Syria and Afghanistan, why would you advocate your book as a timely and critical blueprint for how the U.S. military can use unconventional warfare to succeed in the ongoing fight against terror?

Unconventional Warfare is working “by, with, and through” indigenous soldiers and fighters to accomplish a common goal. It is a cheap and effective form of warfare. In a part of the world like Syria and Afghanistan, we want to minimize our bloodshed and focus on leading and inspiring our local allies to defeat a common enemy. Hammerhead Six lays out the experience of American Green Berets doing just that in Afghanistan and the lessons learned (both good and bad) in leading indigenous fighters. It lays out successes and failures in our efforts to allow those doing it in Syria to build on the success. It also allows civilians to understand the support required and limitations of this type of warfare.

What might you tell politicians to help them understand how to win the war in Afghanistan?

If we lose in Afghanistan it will be a political defeat not a military defeat. Politicians need to have patience and stick to a policy for more than one election cycle. Afghanistan is a great example of this. The military can achieve the objectives and build solid allies to carry on the work, but that is undermined when U.S. politicians voice timidity in our support for Afghanistan. If our allies see our commitment as weak, they will switch sides out of self-preservation, and Afghanistan will be lost and it will once again become a sanctuary for terrorists.