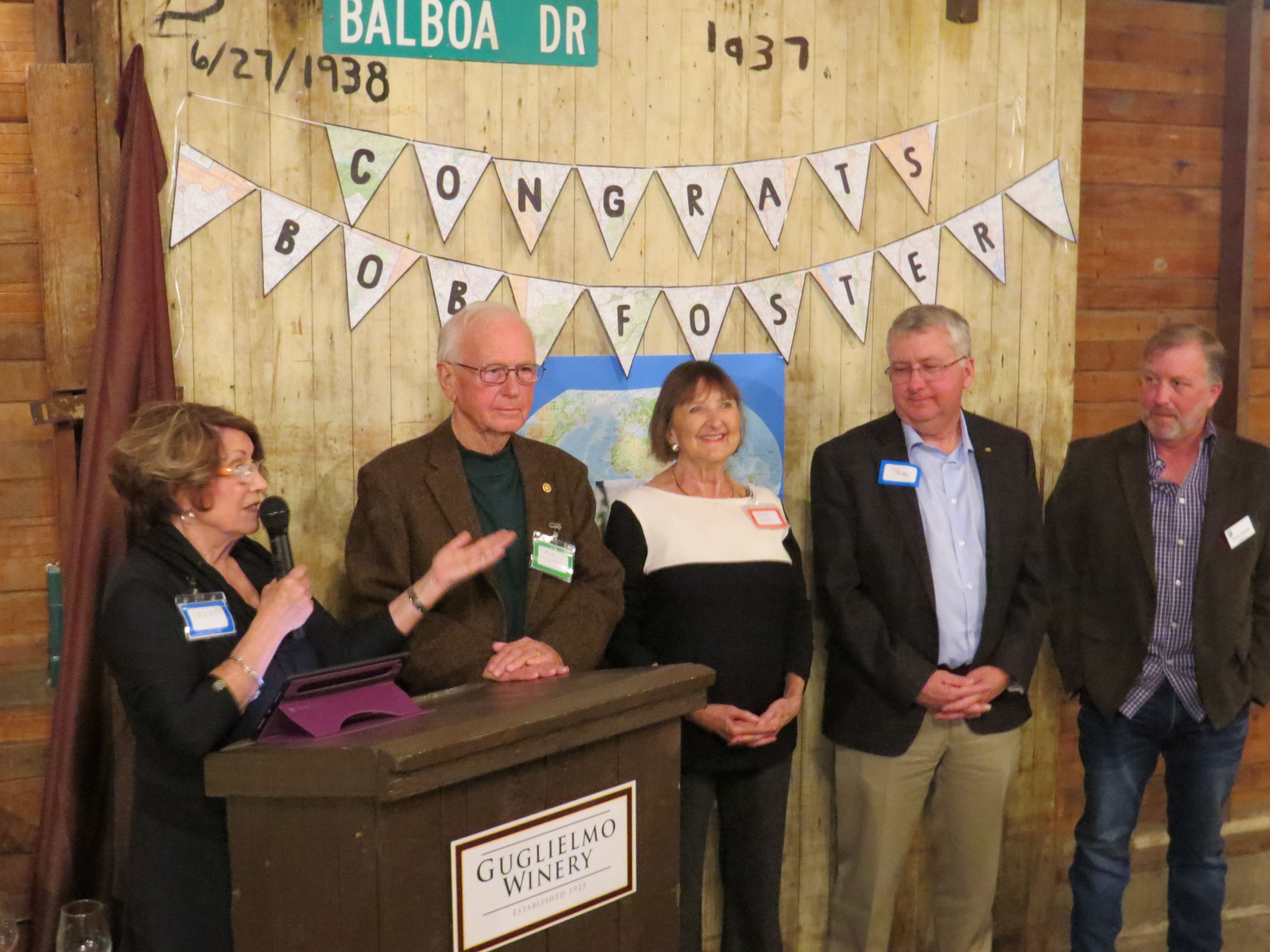 Photo by Marty Cheek From left, Cricket Rubino, board president of Leadership Morgan Hill, introduces Bob Foster along with his wife, Nancy, and two of the couple’s four sons, Del and Chris Foster, at the Feb. 8 honoree reveal event.

Bob Foster decided to run for the Morgan Hill school board in 1967. With two toddler sons, and two more sons coming soon, the young lawyer and his wife, Nancy, an elementary school teacher, realized quality public education was a vital part of making the town a welcome place for families.

“We had been in the community for a couple of years. So, when (oldest son) Dell was 3 years old, I put him in the back of this little red wagon and we walked the streets of Morgan Hill knocking door to door,” Foster recalled. “People asked, ‘Who are you and why are you running?’ And I’d say, ‘See that little kid out there. I’m running because I want to make sure he’s well educated.’”

Foster’s mission to protect the family-friendly quality of life in Morgan Hill has driven him to stay active for more than half a century. His dedication to duty as a citizen serves as the main reason Leadership Morgan Hill will honor the 78-year-old attorney with the 2018 Leadership Excellence Award. The announcement was made at a Feb. 8 alumni gathering at Guglielmo Winery. 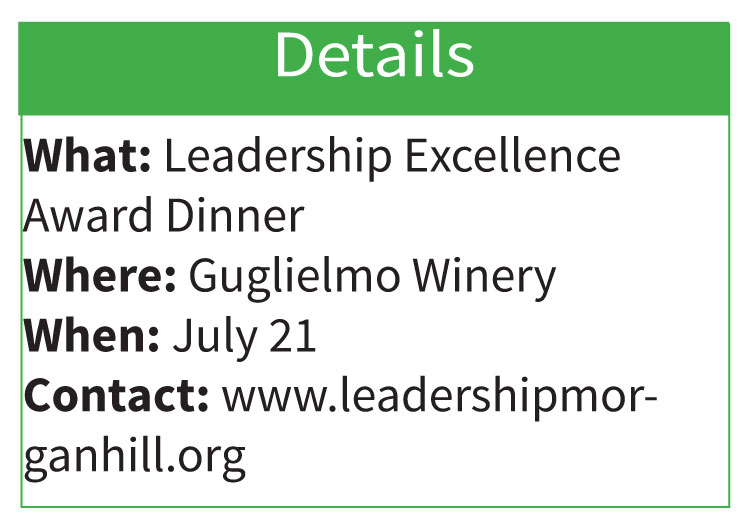 In announcing Foster as this year’s honoree, LMH board president Cricket Rubino also put a spotlight on Nancy and the couple’s sons, Dell and Chris Foster, for serving as a family team that serves the community over the years. Son Blayney lives in Menlo Park and son Corey lives in Rohnert Park.

“They say behind every great man is a great woman,” Rubino said. “It’s definitely true. Nancy has been his supporter and confidante, his everything for all the years he has been in Morgan Hill and has been doing all these wonderful things.”

Foster served three terms as a school board trustee, several times as president. He followed that by an elected term on the Morgan Hill City Council, serving in his first year as mayor. He returned to the council in 1996 for two years when he was appointed and then elected to fill a vacant seat. 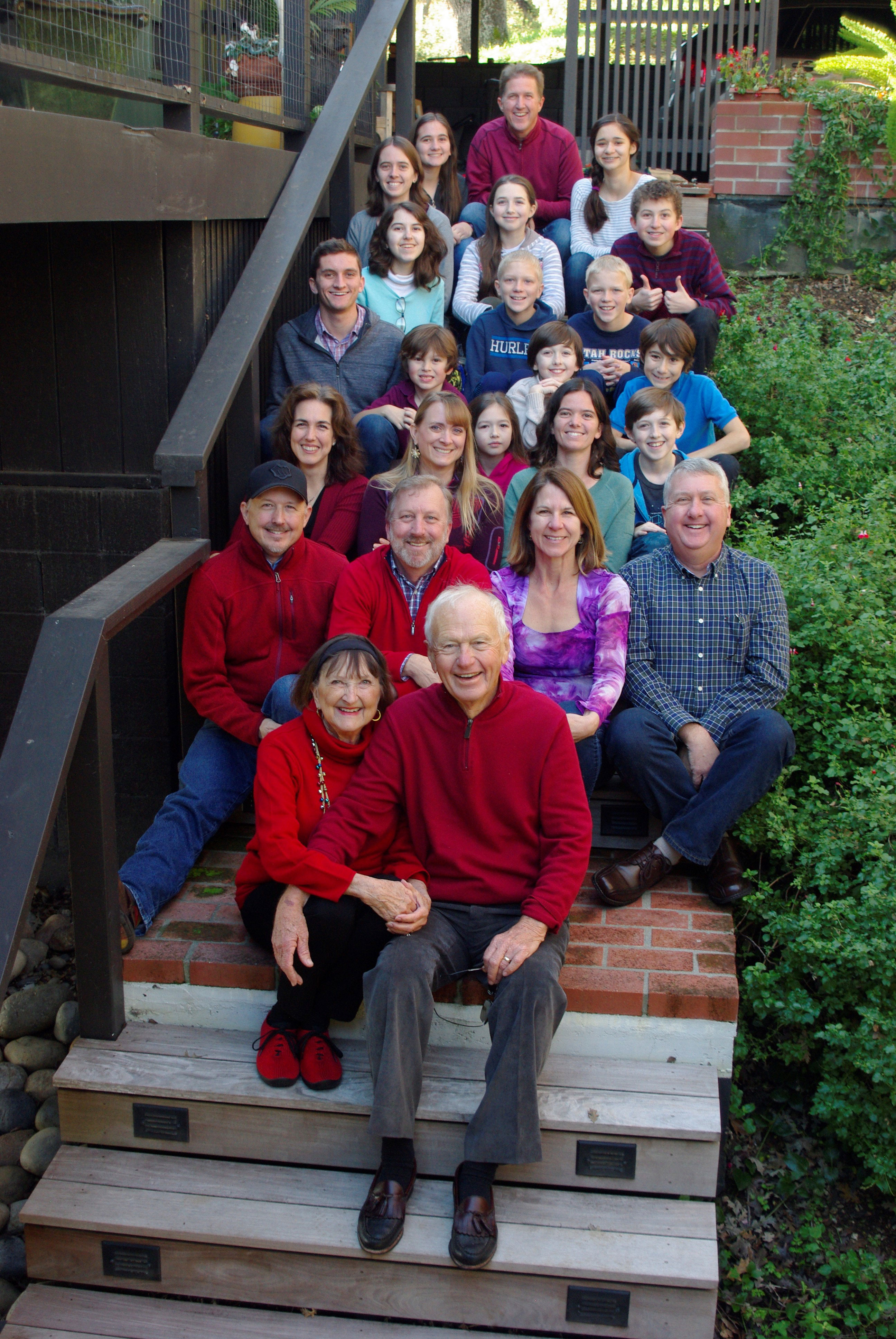 Nancy and Bob Foster sit in front of their family of four sons, their wives and 15 grandchildren during a 2016 holidays season celebration. Photo by Chris Foster

Foster joined the Rotary Club of Morgan Hill as soon as he moved to the city in 1965. He served on the board and as president in 1969 and still stays active on committees and projects. He also got involved in state politics. As a Republican, Foster led a local campaign in Ronald Reagan’s run in the 1968 election for California state governor. The couple even held a fundraiser in their Morgan Hill home where Nancy Reagan was the guest of honor.

“We raised more money for Ronald Reagan than any other community in Santa Clara County,” Foster said.

Born in Long Beach, Foster grew up touring the United States as his father served in the U.S. Navy. At age 2, he lived with his parents in Pearl Harbor, Hawaii, when the Japanese attacked that Pacific naval base. He met Nancy when they both attended Willow Glen High School in San Jose and became sweethearts. He attended San Jose State University and the University of California, Berkeley Boalt School of Law. The couple married in 1962.

After passing the bar, he and Nancy lived for a time in Sacramento where he worked as California Deputy Legislative Counsel. In 1965, the Fosters came to Morgan Hill and the young attorney joined Ernie Rusconi’s law practice. The two men established Rusconi and Foster in 1967. George Thomas joined the firm in 1972, adding a third name to the Rusconi-Foster-Thomas law firm. He’s now retired. 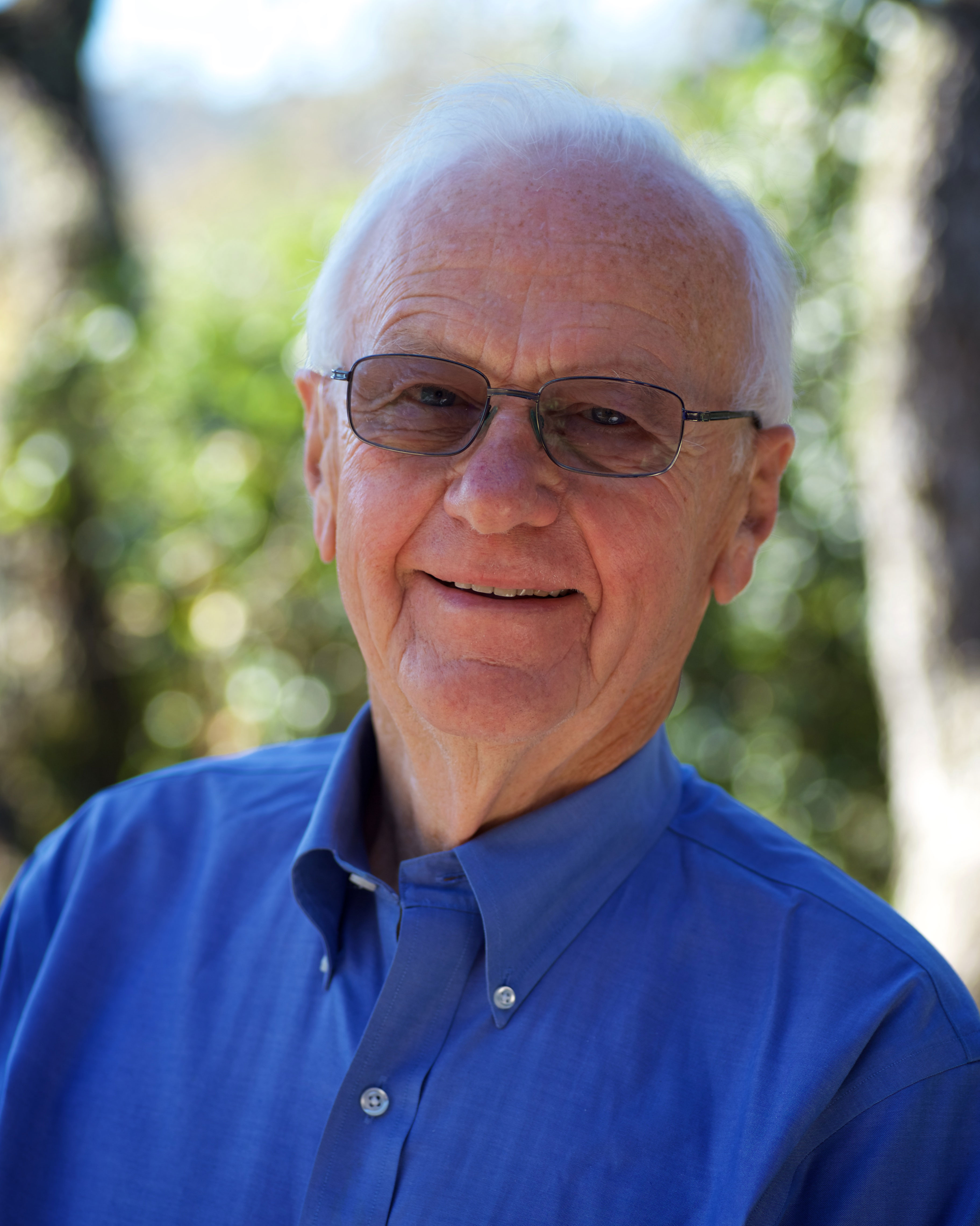 Foster’s 50 years of practicing law include working as Morgan Hill’s city attorney, as well as a volunteer judge during the 1971 riots at San Jose State University. He also found time to mentor his four sons as Boy Scouts and coached their sports teams. He actively supported the YMCA, United Way, and Goodwill. He served as president of the Morgan Hill Chamber of Commerce. He was selected as the Chamber’s “Citizen of the Year” in 1969.

“Bob’s inspiration within his own family has spurred their volunteer and philanthropic spirit, making the Fosters true treasures within the Morgan Hill community,” Mayor Steve Tate said.

The senior Fosters have 15 grandchildren. Family remains an important part of their lives, and it’s one reason they have stayed active. Another reason for their dedication to the community comes from the couple’s year living in Sacramento early in their marriage, Nancy said. The Golden State’s capitol city in the early 1960s was a mess of urban decay. When they moved to Morgan Hill they wanted to protect the farm town of 4,000 people from the growth of nearby San Jose.

“When we came to Morgan Hill, I said, ‘Bob, I don’t want Morgan Hill to do that (become like Sacramento). It’s a cute little town. Let’s see if we can keep it as a town with a center core and let it grow out,’” Nancy said. “Not everybody agreed with us. Things developed a different way. But we do have kind of a city core and I’m hoping we can keep that core.”

Foster will receive his LEAD medal July 21 at a gala summer tribute dinner at Guglielmo Winery, Rubino said. Besides honoring the attorney, the event will raise funds to send students through the local nonprofit Leadership Morgan Hill’s educational program every year.

As a lawyer, Foster said, he was trained to hold back his emotions. When Rotarian friend Roger Knopf and others in the LEAD award selection committee surprised him at a Rotary club meeting and told him he would receive the city’s most prestigious honor, tears welled in his eyes.

“The LEAD award means a lot,” he said. “What the Leadership award means is a recognition of your place in creating a culture here in Morgan Hill.”