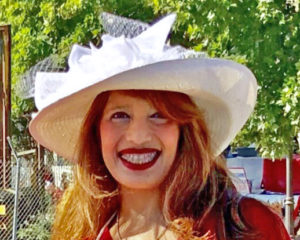 The board of the Morgan Hill Downtown Association extended a welcoming embrace of the Depot Street area into its fold by unanimously voting for a new logo in a spirit of inclusion to reflect the ongoing changes in the heart of our city. As we flourish, the Morgan Hill downtown area is no longer just the “line” of businesses and establishments on Monterey Road. It encompasses the entire mathematical matrix rectangular core area from Monterey Road from Main Street to Depot Street up to Dunne Avenue and back to Monterey Road. MHDA saw it was time to acknowledge, evolve, adapt, and be welcoming of these changes.

In July, the distinguished-looking MHDA logo was modified, and an image of Depot Street’s iconic granary tower silos were added to the assemblage of local buildings that forms the logo. The silos are a quintessential part of our city’s history and identity, and interestingly, they now represent change and growth too. Graphically, the addition is aesthetically pleasing and memorable and adds depth and perspective to the earlier image.

Patrons of our charming downtown area already visit the new Kelly’s Brewery and use the parking garage on Fourth Street; Coffee Guys, Snowee Rolls and Huntington Station on Third Street; walk to Depot Street to patronize Bike Therapy, Running Shops and Hops, The Grapevine, Odeum, and take their children to the Railroad Park; as much as they love frequenting Monterey Road’s elegant Bubbles & Brew, the Community Playhouse, Jewel Box, Trail Dust, Rosy’s at the Beach, Ladera, Betto’s, Murphy’s Mercantile, the Opa complex, Granada Theatre, Sinaloa and Noah’s, among other establishments. Look for the updated MHDA downtown map in downtown locations and local wineries.

To further enhance the character of our downtown, the city will pilot a two-year parklet program at the downtown core and study whether to make it a permanent feature. First started in San Francisco in 2009, parklets are being emulated around the world in places as far as Australia, South Korea, South Africa, Sweden, and the UK, and closer to home in Mountain View, Los Gatos and Gilroy. It involves the extension of the sidewalk and transformation of one or two parking spots with seating, shade or dining options. The intent is to make the downtown more attractive to pedestrians and bicyclists and slow down traffic. Several businesses are eager to try it, and it is hoped the changes will be welcomed by the public.

If you’re worried about how the changes will affect parking, please don’t forget the parking information on the city’s website at www.morganhill.ca.gov/dtparking.

An area that all Morgan Hill residents should keep its eyes and ears open to is the change the High-Speed Rail will bring to downtown and the city. If the project purports to be inevitable, it is in our interest to be prepared and influence any changes to our benefit.