With a stroll down a red carpet and a champagne toast, many of the guests at the Gavilan Gala enjoyed a homecoming of sorts to celebrate a centennial of higher education. Alumni, former faculty and staff, and members of the community strolled the Gilroy campus the evening of Sept. 7 to reflect on the first 100 years of Gavilan College. It was born in the fall of 1919 as San Benito Junior College. For nearly five decades students took courses in Hollister’s high school classrooms or at the Hollister airport.

The gala and various community events throughout the year serve as a way for the college to thank the people who have supported Gavilan over the decades, said Dr. Kathleen Rose, president and superintendent of Gavilan.

Guests strolled Sycamore Lane, the campus’s central walk, and enjoyed appetizers provided by various restaurants and caterers. They learned much of the history of the college from banners which told the story of each decade through newspaper clippings and photographs.

Alumni came from across the California and from other states. One man who graduated from Gavilan 50 years ago flew from New Jersey to attend the event, Rose said.

“He had not been to Gavilan since he graduated, but he wanted to come for the 100th anniversary gala,” she said. “We had people come who had not been to the campus since they graduated in the 1960s.”

The event was designed to give everyone who attended a sense of welcome and home-coming, she said. 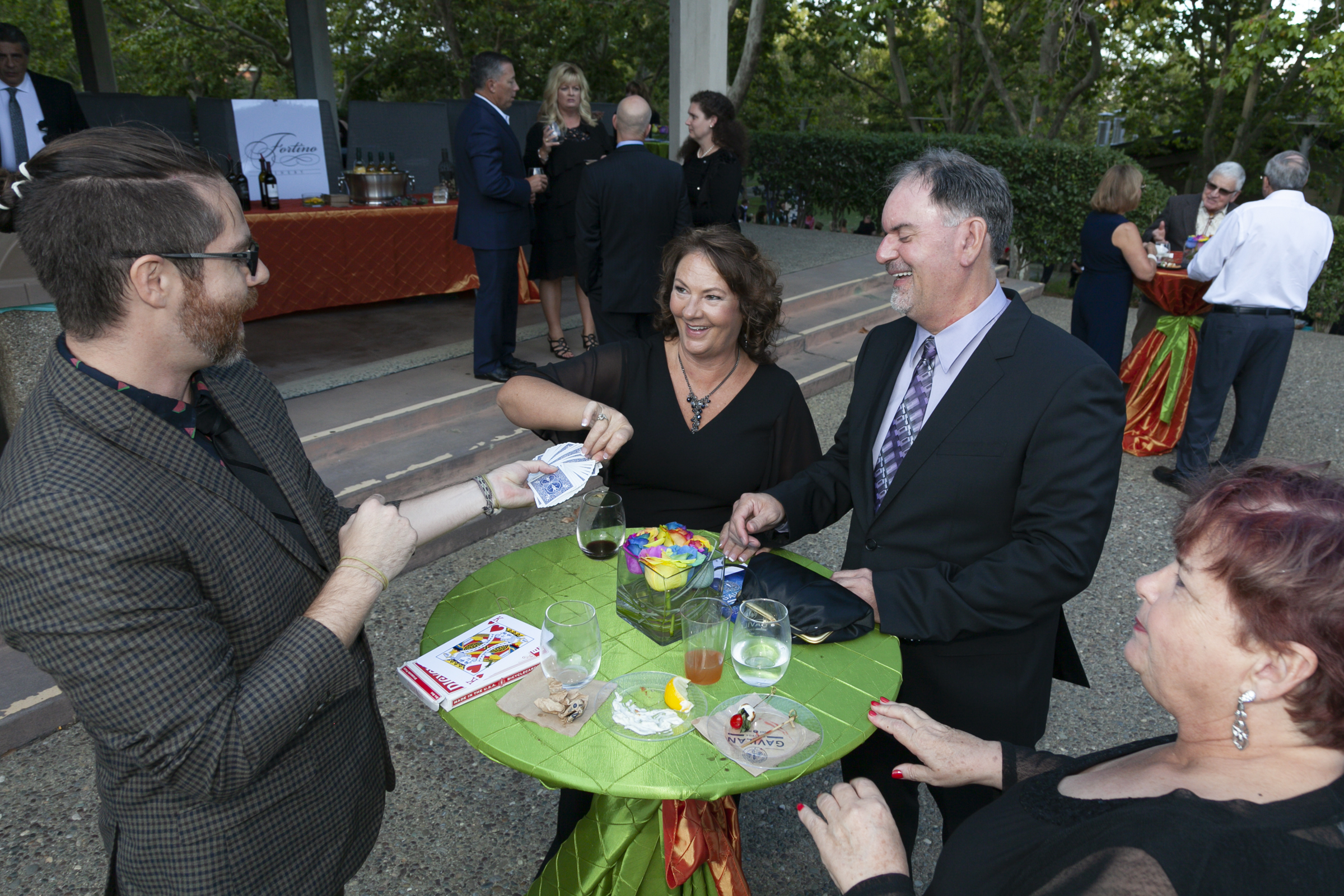 “I think people came here and they had a real sense of nostalgia right away coming on campus,” she said. “People who came up and talked to me really expressed the warmth of the college through the gala celebration — and that’s what we wanted to convey. We didn’t want it to be stuffy. We didn’t want it to feel like a place where they would come and we wanted them to open their wallets only. We wanted them to come and feel the warmth of the college and feel the support for students and feel the connection of all the communities together — Hollister, San Juan Bautista, Gilroy, San Martin and Morgan Hill.” In the 1960s, California state leaders decided to expand the community college system to provide an affordable means of higher education. The Gilroy campus was built in 1967.

Successful passage of a local bond in 1966 provided the needed funds to construct the campus at Santa Teresa Boulevard. In 1997, instructional sites were added in Hollister and Morgan Hill. With the passage of the Measure E facilities bond in 2004, Gavilan College upgraded its Gilroy campus and started the process of creating permanent locations in Coyote Valley and San Benito County.

In 2018, voters in the Gavilan district passed Measure X, which provides $248 million in bond money for facilities and improvements.

The money will be used to build the San Benito County campus as well as a STEM Center, a Library and Learning Center and a Performing Arts Center at the Gilroy campus. 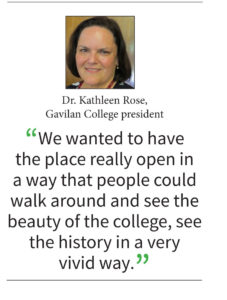 “There’s been great modernization here. And now we know what our future will look like with Measure X going forward,” Rose said.

“Gavilan has produced many leaders in politics, athletics and other career fields over the decades,” said Jan Bernstein-Chargin, director of public information. “We had mayors who were alumni at the gala such as (Gilroy Mayor) Roland Velasco.”

Other elected officials who are alumni at the gala include Morgan Hill City Councilmember Larry Carr, and State Assemblymember Robert Rivas, who also taught at the college.

Other events to celebrate 100 years will include the Gavilan Spirit Awards to honor individuals and businesses in the district, Coffee and Conversations at various locations, and “birthday parties” to celebrate 100 years. Gavilan’s 100th graduation service on May 22 will be a special one because of the anniversary, Rose said.

To spotlight the achievements of alumni and faculty over the decades, Gavilan is tentatively planning a special recognition to honor them and serve as an example to others, she said. 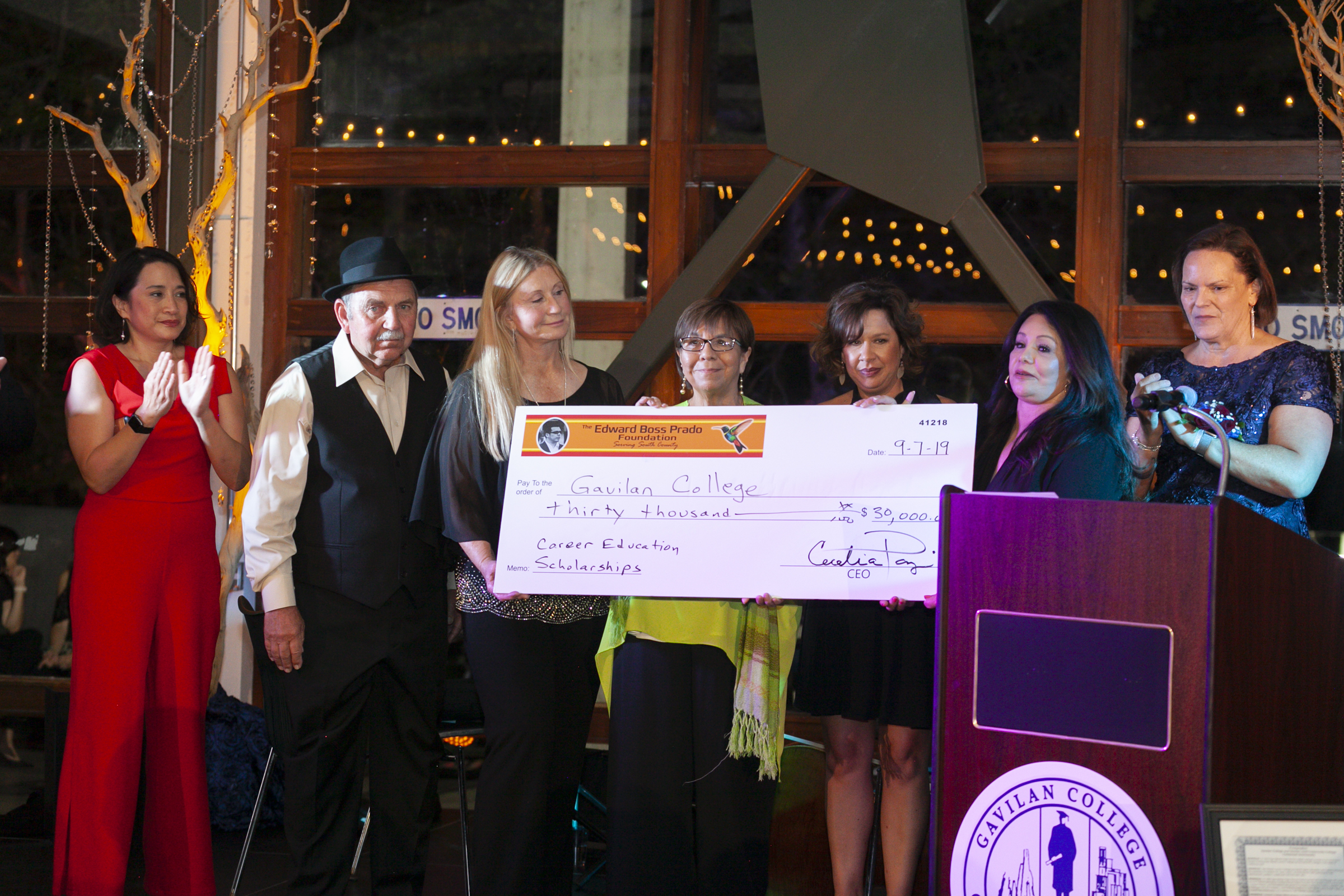 Various entertainment events will be held throughout the year to continue the celebration of our local community college’s 100th anniversary. Among them are several musical events including the South Valley Symphony teaming up with Gavilan for a special concert 7:30 p.m. Saturday Oct. 5 at the campus’s theater. It will include a special composition by Gavilan music instructor Dahveed Behroozi titled “Gavilan Spirit.” Morgan Hill resident Chris Niemann, a Gavilan student, is orchestrating it for the symphony performers.

“It’s going to be kind of a slow burn. It’s going to start off with an orchestral prelude, and then I’m going to come with a melody,” Behroozi said in describing the piece. “It’s almost like a piano concerto, but there’s going to be quite a lot of improvising in there as well. With the strings and the orchestra, it’s going really develop into this massive ending to really celebrate Gavilan’s 100 years.”

The Gavilan Spirit concert opens up the SVS’s 46th season. The concert will include many popular works including Gershwin’s “Rhapsody in Blue” with the talented Russell Hancock as pianist, “Fanfare for the Vienna Philharmonic” by Richard Strauss, and music from Hollywood movies including “Lincoln,” “The Mission,” and “The Sea Hawk.”