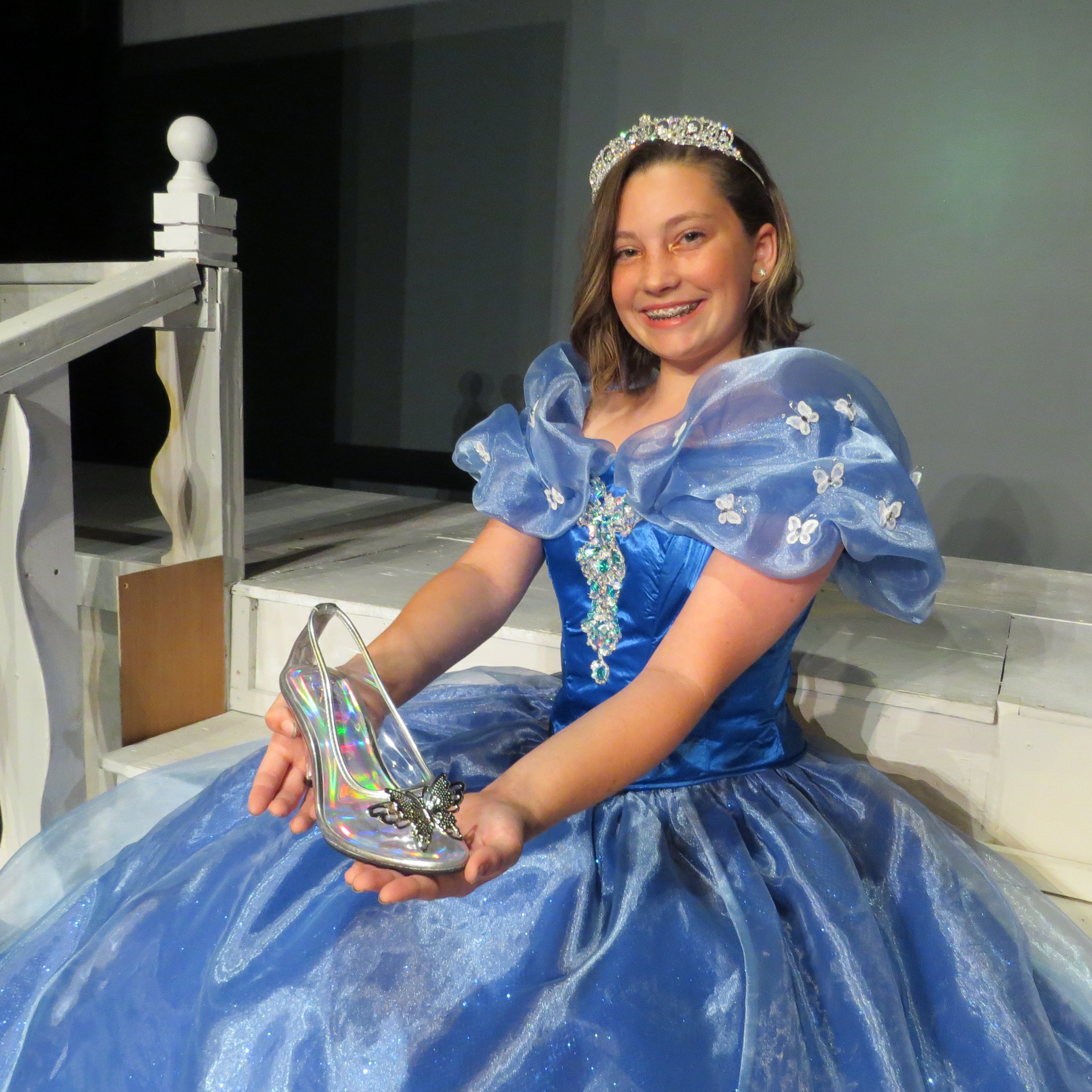 Thanks to some magic from a fairy godmother, mice turn into horses, a pumpkin turns into a carriage, and a young woman turns into a princess on the Morgan Hill Community Playhouse stage starting Oct. 5 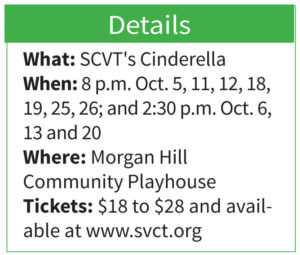 The South Valley Civic Theatre opens its 2019-2020 season with the Rodgers and Hammerstein musical version of “Cinderella,” the beloved classic story about how a glass slipper brings a transformation that leads to love. Daniel McDonald directs 35 local children and teens in telling the story of a young woman forced into servitude who dreams of — and achieves — a better life.

“The music is beautiful,” he said at a rehearsal. “Our kids are really strong with acting, singing and dancing. My focus is telling the story that empowers Cinderella and she’s not this passive character who needs her prince to fulfill her or rescue her. She takes matters into her own hands and that’s the driving force of our show.”

Morgan Hill resident Riley Brown performs as the title character. She describes this version of “Cinderella” taking a more mature slant of the story compared with the well-known Walt Disney 1950 film

“In our version, she’s not hopeless and needing her prince,” she said about the character she plays.” She’s a lot more independent. And when she wants something, she can grab that power that she needs. She can stand up against her step-family and do what she wants instead of being told what to do.” 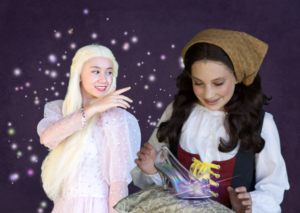 The legendary Broadway musical duo Richard Rodgers and Oscar Hammerstein originally wrote “Cinderella” as a special production for TV which starred Julie Andrews and was broadcast March 31, 1957. Songs include “In My Own Little Corner,” “Impossible,” “Do I Love You Because You’re Beautiful?” and “Ten Minutes Ago.” The show hit the Broadway stage in 2013.

Brown described how Cinderella interacts with her stepsisters and stepmother with comedy but also depth of family feelings toward each other.

“There’s a closeness between them that helps us add a little bit more to the tensions of the characters,” she said. “This is really fun because there are so many moments when they’re so close in the show and having fun and then they do all these different emotional switches.”

London McWilliams plays Prince Charming, who falls in love with Cinderella during a dance at a royal ball. He and Brown have performed together in previous SVCT productions include “Grease” and “Aladdin” and their real-life friendship helps to energize their performance on stage.

Brown encourages families to see Rodgers and Hammerstein’s adaptation of “Cinderella” because this version provides a story about how girls and young women can determine their own destiny. 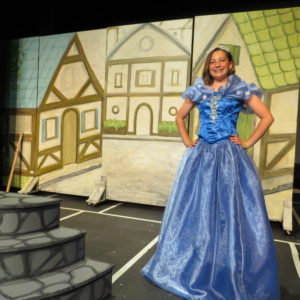 “I love this show because there are so many possibilities and choices that you can make with every single character,” she said. “It’s so magical. There are so many twists and different plots and connections throughout the show that it really makes it so much different than anything you’ve ever seen at SVCT.”

McDonald also encourages families and all people who love theater to enjoy an upcoming performance of “Cinderella” because of the high quality of the SVCT’s production of the story including the dancing, singing, sets and costumes. The young performers give their best to entertain audiences, he said.

“The reason I’m passionate about theater is that it’s a form of self-expression and it’s important for children to realize they can express themselves on stage and inhabit a new character and can put part of themselves into that character,” he said. “It helps them build confidence.”