Rotarians from Guadalajara helped by driving the supplies across the border 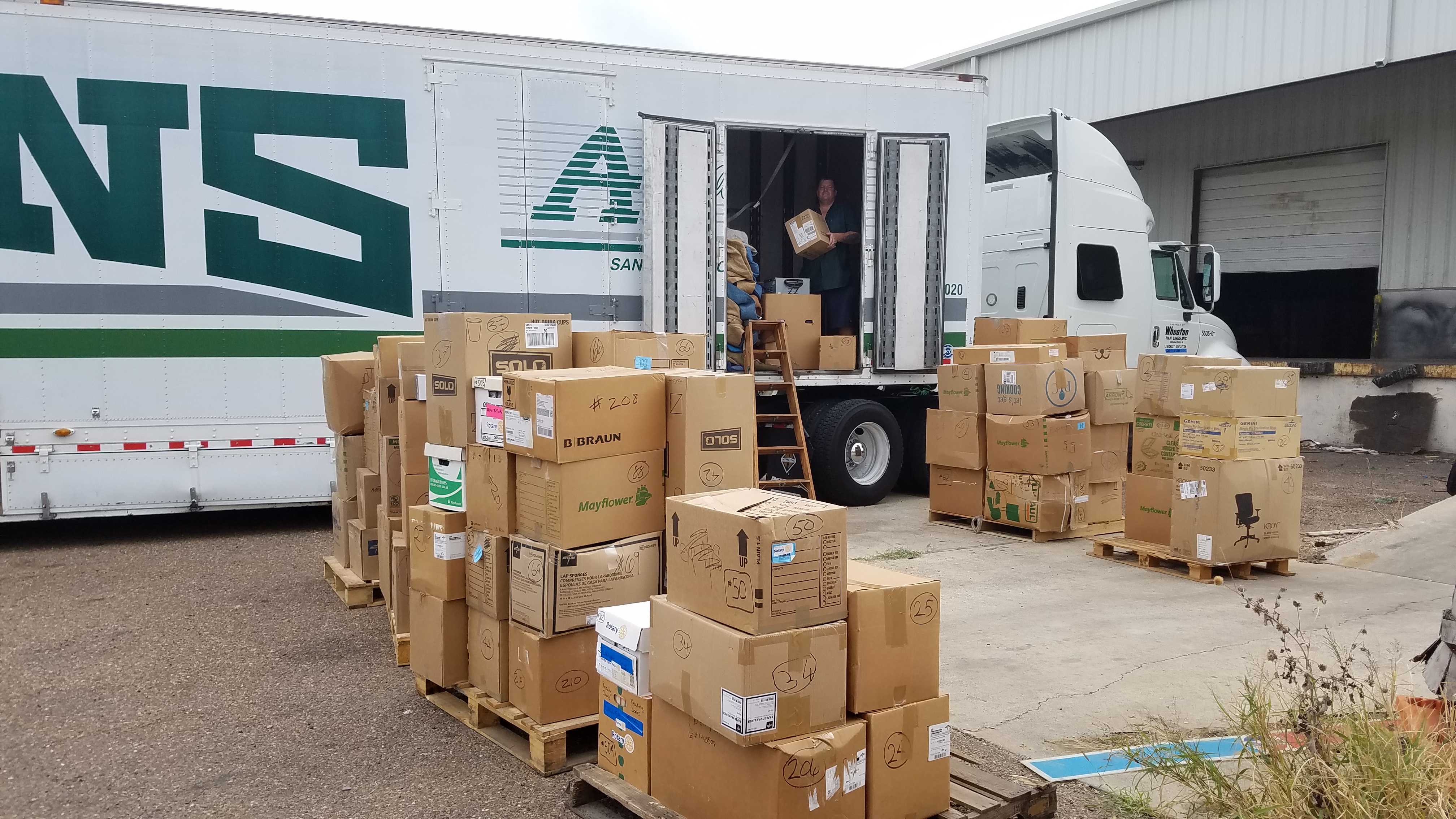 Thanks to efforts from members of the Rotary Club of Morgan Hill, the Mexican community of Ameca this month will receive as much as an estimated $1 million in medical supplies that would otherwise have been destroyed.

The project started a year and a half ago when St. Louise Regional Hospital received “a mountain” of medical supplies from another hospital that was closing, said Rotary member Peter Anderson. The St. Louise materials manager was overwhelmed and contacted the Rotary Club to see if members could find a home for the supplies that they couldn’t use because there’s a “shelf life” for all medical products based mostly on durability of their packaging.

“There is concern that plastic wrap will become brittle and break open after a period of time — especially if stored improperly — losing the product’s sterility,” Anderson said.

Since the intended destination of these supplies and materials has always been Ameca, their public hospital, Red Cross, and other first responders began working with the Morgan Hill Rotarians and members of the Rotary Club of Ameca to prepare customs forms for shipping them across the border.

“This became a huge, and ultimately overwhelming job for them — Mexican bureaucracy at its best,” Anderson said. “Finally, we engaged another Rotary Club in Guadalajara with experience in this process, and the three Rotary Clubs working in common figured out the most  expeditious  way to get the products to Ameca.”

That process required the Morgan Hill Rotarians to get the supplies to Laredo, Texas, where the Guadalajara Rotarians would arrange to take them from across the border crossing and then drive them down to Guadalajara and Ameca.

“We arranged to ship the supplies by means of our local Bekins Moving Company in Morgan Hill,” Anderson said.

Bekins provided generous assistance, he said. And Cochrane Storage graciously provided temporary storage in their facility while the Rotarians were arranging the shipping.

In mid-November, Bekins brought their van over to the Rotarian storage unit in Cochrane Storage and packed the boxes into the moving van. Then they went over to the house of a local family that had arranged to have them move the contents of their house to a city in Texas not far from Laredo. The medical supply boxes were  “piggy-backed” on that trip, Anderson said.

Anderson flew to Laredo and met the Bekins van. They then drove to the warehouse of a local Rotarian, where the supplies were unloaded in the boxes from the Bekins van and into a small trailer head to Guadalajara driven by friends of the Guadalajara Rotarians.

“When I was contacted by St. Louise Hospital to see if we should take these medical supplies, I asked our Rotary colleagues in Ameca if they could they use these supplies,” Anderson said. “Their club president, Israel Cornejo Lopez, replied saying that the week before he had been in their local hospital for a routine procedure, but that he had to return days later because they had run out of syringes. ‘Yes! There a need for just about everything,’ Israel said. At any given moment there is a shortage of something or somethings. You just don’t know what it will be or when it will occur.”