Measure I: Bond will fix and upgrade schools, facilities for the next 30 years

With voters’ approval, Measure I funds of $900M will be doled out as needed 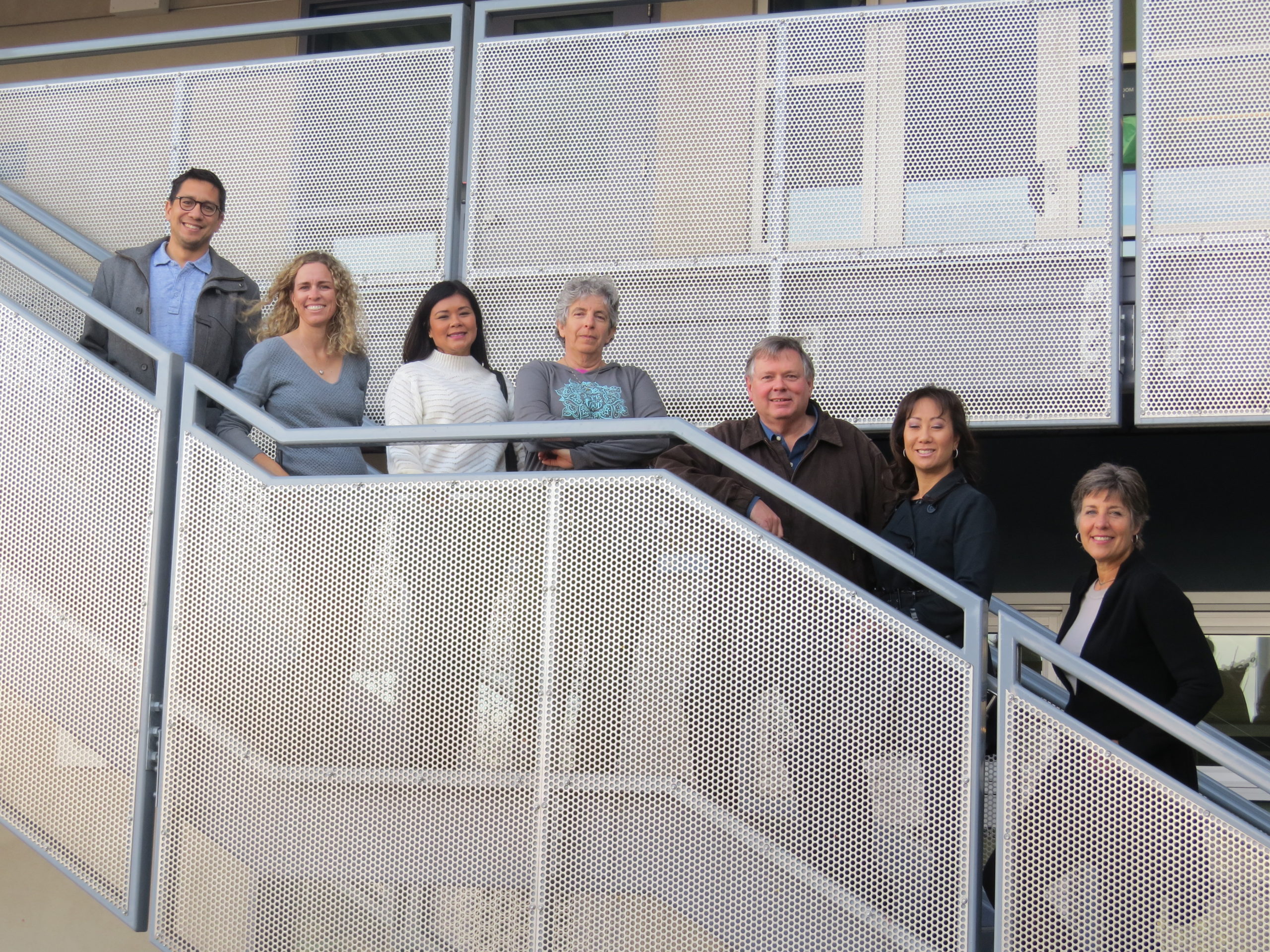 With many of its campuses built more than 40 years ago, the Morgan Hill Unified School District is asking voters for $900 million in bond money to be spent over several decades to fix facility problems and modernize classrooms.

Bond Measure I needs at least 55 percent in yes votes to pass in the March 3 election. During a 30-year period, funding will go to various facility projects including safety, technology and repairs. The bond MHUSD is requesting is the largest in Santa Clara County for education funding in the upcoming election. (Foothill-De Anza Community College District’s bond measure comes in second at $898 million.)

Some residents have expressed concerns MHUSD is asking for facility funding nearly eight years after voters passed the $198-million Measure G bond in 2012. That money went to pay for a long list of critical needs in the district. This included a major rebuild of facilities at Britton Middle School and upgrading the information technology infrastructure in all public schools.

Measure I will provide MHUSD funding as a “single authorization” for facilities as aging buildings require repairs or modernization over several decades, Betando said. This saves taxpayers money and means smaller bond measure amounts on ballots will not be required every several years, Superintendent Steve Betando said.

“It raises taxes once and takes care of all the needs of our schools for 30 years,” he said. 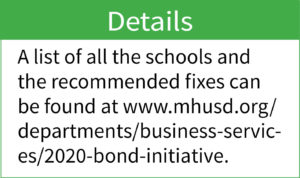 A cap of $60 in property tax would be placed on every $100,000 of county-assessed value on homes and businesses. This cap amount is legally mandated by the state but the real tax cost will most likely be less based on various factors such as interest rates for the bonds, Betando said.

Like Measure G, the proposed bond will have a system of accountability, he said. An independent citizens’ oversight committee will look at annual audits. No money can be used for teachers or administrators’ salaries.

Two years ago, the school district created a Facilities Master Plan to determine significant problems in all the public schools as well as Charter School of Morgan Hill. The complete cost, reanalyzed at 2019 rates, to repair or replace structural problems was tallied at $1.3 billion. 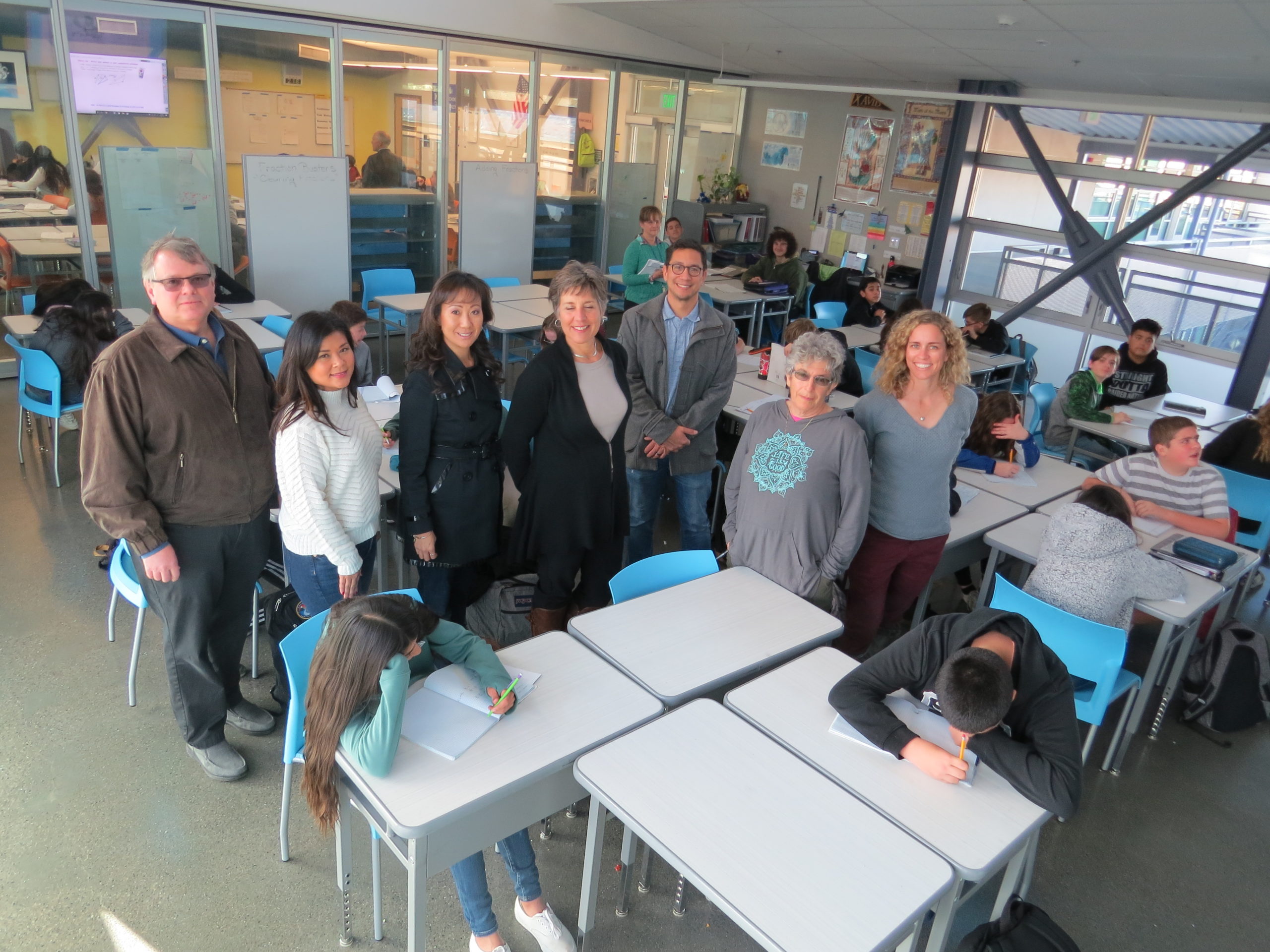 The district hired Oakland-based survey company FM3 to ask potential voters in November about their support for the bond.

“It was overwhelmingly positive,” Betando said. “The statistics showed that based on our needs the community and the voters would support a bond.”

Opposition to Measure I comes from the Silicon Valley Taxpayers Association. It argues voters already passed Measure G in 2012 to upgrade the computers and repair district facilities and questions the MHUSD’s responsibility in spending that bond’s funds.

“Would you take out a 25- to 30-year loan to buy a personal computer that will be obsolete in 4-5 years?  Sounds nuts, right?  But that is what the District wants to do . . . again! If you vote for this, don’t be surprised if the District returns in 2028 asking for $4.5 billion to redo everything above, again, at 5 times the cost —while we will still be paying down the 2012 bond debt.  In fact, your grandchildren will likely wind up making interest  payments on them as well. . . . Using debt to buy technology that will be obsolete in 4-5 years is bad financial policy.”

But Betando disagreed with the ballot statement’s assertion.

A portion of Measure G money went to modernizing the information technology infrastructure and to purchase laptop computers for students, he said. If passed, Measure I funds will be used to maintain and upgrade servers and networks to make sure they are kept running. Security Exchange Commission regulations do not allow school districts to use long-term bonds to finance short-time use items such as computers.

Mark Hinkle, a Morgan Hill resident who is the president of SVTA, said he and fellow board members oppose Measure I because they feel a responsibility to protect taxpayers from paying the bond’s debt. (Besides SVTA, published opposition to Measure I also comes from former MHUSD board member David Gerard as well as retired schoolteacher Patricia Gomez.)

“Bonds are a lot like mortgages. They have to be paid back with interest,” Hinkle said. “So it’s not really $900 million bond measure. It’s more like a $1.5 billion bond once the money is repaid over 25 to 30 years from now.”

The total debt amount will not be anywhere near $1.5 billion as Hinkle suggests, Betando said. The amount will depend on factors including interest rates at the time the various bonds are issued over the course of 30 years, the district’s credit rating, and the assessed value of the district. Passing the bond measure now when interest rates are low will help the district conserve taxpayers’ money in the future as facility needs grow worse with aging, he said.

“We’re seeing about a 10 to 12 percent increase every year in construction costs,” he said. “The cost of not doing anything will be much more.”

Hinkle said the school district should use average daily attendance money from the state to pay for its facility maintenance and upgrades. Money MHUSD received in the 2018-2019 school year from ADA was $74.6 million, said Casino Fajardo, director of construction and modernization at MHUSD. (Fajardo is on the Measure I campaign committee.) Expenditures in the 2019-2020 budget is $93.8 million, and the vast sum of this money (about $85.7 million) goes to salaries and benefits as well as services and operating costs. No money was budgeted for capital outlay. (The combined general fund revenue is $93.6 million.)

Measure G funds were earmarked for a list of projects to start after voters passed the bond, Fajardo said. The district spent $50 million from that bond to build new classroom buildings and other projects at Britton because it was more cost effective than trying to salvage the old buildings. The modernization also means the campus is now energy efficient, saving money in utility bills.

“If you look at our needs, they’re huge. Our schools are dated,” he said. “This is typical of many schools in California. Morgan Hill is not atypical. It’s just that the facilities are in decline and there are not enough operational funds to allocate to them.”

If voters choose not to pass Measure I, the district will be forced to take money from its operating budget to pay for facility repair needs, he said. That will hit teacher and staff salaries as well as student programs, impacting the quality of education at MHUSD.

Board trustee Wendy Sullivan, who chairs the Measure I campaign committee, said many people have a misperception about school funding in general and believe money to maintain facilities comes from property taxes or the lottery. The district cannot use the operating budget to fund capital improvements.

“This (bond) is the only way for the district to make these improvements and tackle deferred maintenance,” she said. “This is just an ideal time to take advantage of our financial stability and our credit worthiness to make these needed improvements.”

In October, Moody’s Investors Services gave MHUSD’s credit worthiness a “Aa1” rating (meaning an obligor has a very strong capacity to meet its financial commitments) for its “sound management practices and financial strength.” In December, S&P Global Rating raised the district’s credit rating from AA- to AA, the highest possible grade for a school district. The better the rating, the lower the interest on the bonds. This saves taxpayers money.

“It impacts interest rates and also the attractiveness of actually selling them,” Fajardo said. “We’re a really solid investment (in MHUSD bonds) and investors know that. On top of that, we’re allowed to issue the bonds at a lower interest rate compared to other districts, so we’re a very secure investment.”

If voters pass Measure I, MHUSD can leverage that bond to apply for grants from the state of California if Proposition 13, the School and College Facilities Bond, also passes March 3. This is a legislatively-referred bond of $15 billion in general obligation bonds for school and college facilities, including $9 billion for preschool and K-12 schools, $4 billion for universities, and $2 billion for community colleges.

“It’s important to remember Measure I is about Morgan Hill schools. The money stays here,” said Lanae Bays, public information officer for the district and also a campaign committee member. “The state measures, they go everywhere but we will also apply for every dollar we qualify for.”

An added benefit from Measure I is that better school facilities and upgraded classrooms will attract and retain teachers in the district, she said. It’s harder for MHUSD to compete against better-paying districts in the county but a better working environment can add an incentive for potential educators.

“The hope is that when we are able to get the funding and make the improvements to modernize classroom spaces and make them more comfortable, it’ll create a better working environment for teachers and students in the end,” Bay said. “If they’re more comfortable and happier, than hopefully everybody is doing better work.”

“They’re more attractive to people moving into the area,” he said. “It’s more rewarding when students have the education they need based on the tools they’re given. We see that as return on investment not just on monetary values but also on education and the quality of education we can provide with the quality teachers, the quality of the program, the involvement of the parents.”