Your Garden . . . with Kate Russell: ‘Conks’ fungi can damage trees

Conks are the reproductive fruiting bodies of fungi known as polypores 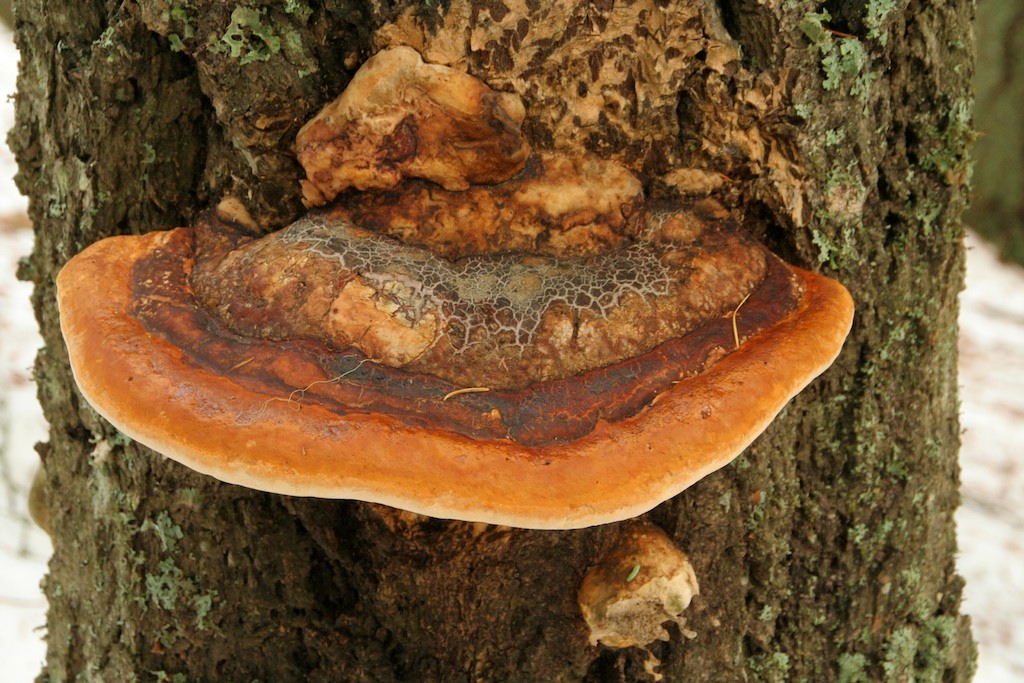 Example of conk on a tree

Does your tree in your Morgan Hill yard have one or more of those woody, shelf-like structures growing out of the side of the trunk? These growths are called “conks.”

Conks are the reproductive fruiting bodies of a large group of fungi known as polypores. Polypores are mostly found in the bark, trunks, and branches of trees, though some are found in the soil.

Also known as bracket fungi, or shelf fungi, this group (Basidiomycota) produces circular, shelf-shaped fruiting bodies that can appear in rows, columns, or singly. This group is defined, not by genetics, but by growth behavior, so it is very diverse. The most common types include:

Conks appear to grow directly out of the wood on which the fungi feed. If you were to cut one open and look at it closely, you would see two layers: a tube layer and a supporting layer. The tubes are honeycomb-like structures lined with a spore-forming surface (hymenium) and the supporting structure creates the shelf and its attachment to the tree.

Some conks are annuals, while others are perennials. Some conks can live for 80 years or more. In either case, they tend to be tough, leathery, sturdy growths. These growths produce spores (basidiospore) in tiny holes found on the underside of the conk.

If your tree has conks, the first step is to identify the type. Some fungi are worse than others. These fungi play major roles in the decomposition of wood, so their presence often indicates decay. That decay may mean that the lignin — a complex organic polymer deposited in the cell walls of many plants, making them rigid and woody — holding your tree upright is being broken down. This disease is known as white rot. The presence of conks may also indicate other fungal diseases, such as canker rot.

If you have a tree with conks, you should contact a certified arborist. They can inspect the tree for structural integrity and to determine the extent of the infection. Conks may look cool, but you don’t want them on your trees.

Follow us
Kate Russell
Kate Russell is a UCCE Master Gardener of Santa Clara County. She wrote this for Morgan Hill Life. Visit the website www.mgsantaclara.ucanr.edu
Follow us
Latest posts by Kate Russell (see all)