Steve was always active in his daughters’ lives, focused his later years on educating youths 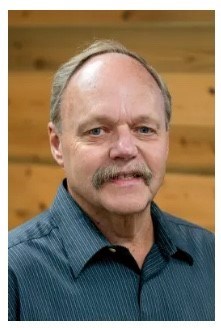 Stephen “Steve” Klem suddenly passed away at peace in his San Jose home on March 12. Steve was born in Los Gatos to James and Gertie Klem on March 5, 1949. He is one of six children whom he is all survived by. Growing up, he loved to play baseball, camp, and go to the beach. His love of the water would be a constant his entire life, and he would pass on this love to his children and grandchildren. Steve graduated from Los Gatos High School in 1967. He went to West Valley College while working various jobs including the United States Post Office and the phone company.

On Feb. 23, 1974, he married the love of his life, Gwen (Winters). Together they had two daughters, Jennifer and Julie. For 37 years, Steve worked as a salesman for Slakey Brothers.

As a father, Steve was always active in his daughters’ lives. He was the president of the Los Paseos Swim Team that they swam for for more than 10 years. He devoted his time mentoring, coaching, and helping his daughters with numerous school and house projects. He believed that if he could fix something, then he should be the one to do it for them.

In his retirement, he kept himself busy with his grandchildren and traveling the world with Gwen. He volunteered countless hours with the Barrett Home and School Club as their treasurer, chaperoned his grandchildren’s field trips, and attended all of their sporting events.

Words cannot express the void that he will leave in our lives. Steve had a way of making people feel at ease with his calm, warm, and humorous demeanor. Dad and papa truly touched the lives of everyone he met.

The family requests donations in Steve’s memory be made to the Barrett Home and School Club, 895 Barrett Avenue, Morgan Hill, CA. 95037.