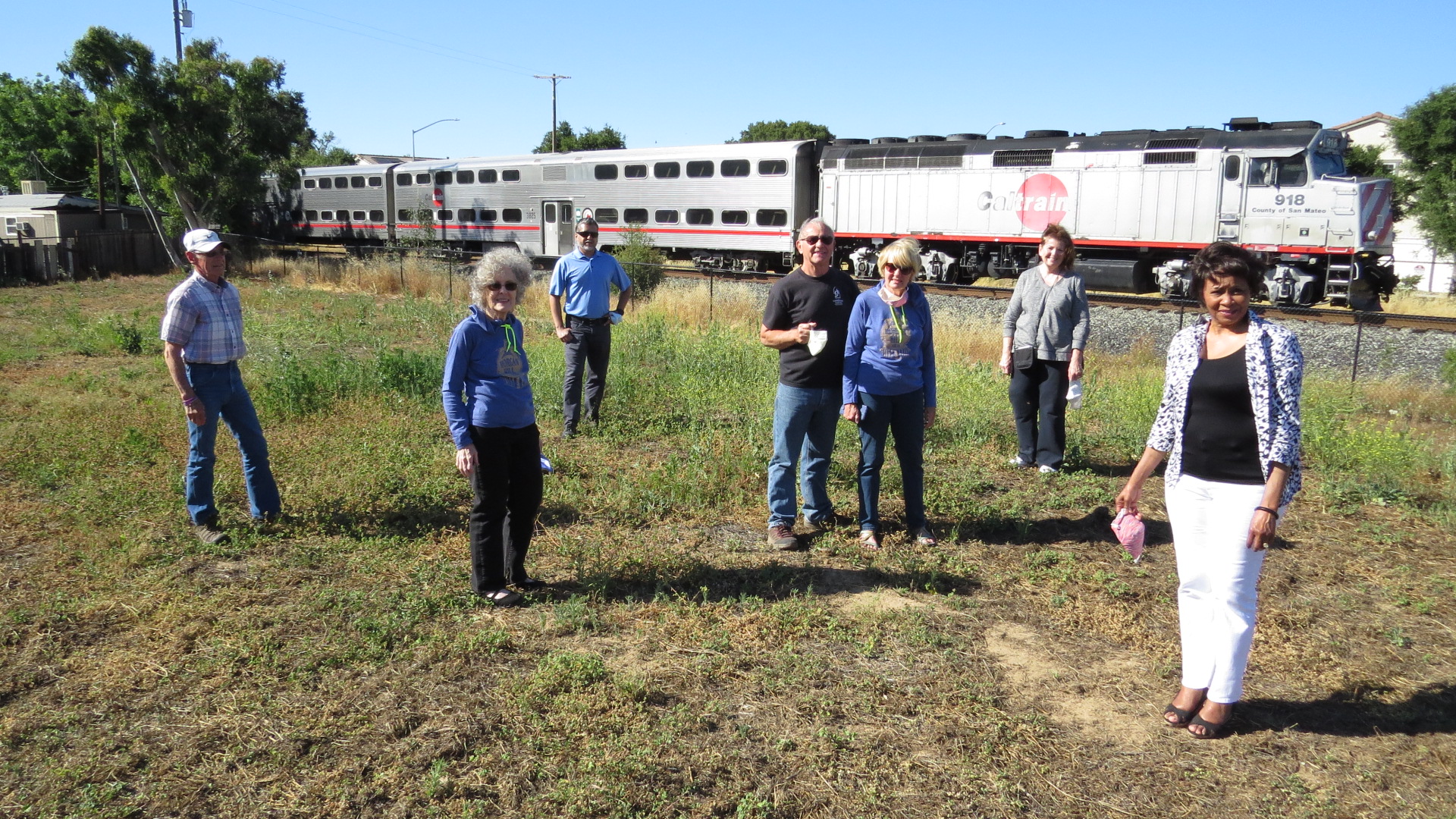 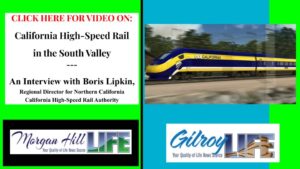 The railroad helped to create Morgan Hill’s historical estate Villa Mira Monte when the Victorian home was built in 1886. Ironically, the California High-Speed Rail project, which is slated to be built in the next 10 years, will pass behind the property and threatens this historical site.

Kathy Sullivan, president of the Morgan Hill Historical Society, remains deeply concerned about the future of the landmark, which was the summer home of the city’s pioneers Hiram Morgan Hill and his wife, Diana.

If the project moves forward in the next few years, the once tranquil home will be disturbed during construction by crews in orange vests, trucks pouring fresh concrete, and tracks being laid behind the building, making it unpleasant to visit Villa Mira Monte. If completed, the constant stream of trains heading north and south will make the site unbearable for public events and private parties such as weddings, reducing the site’s rental revenue. 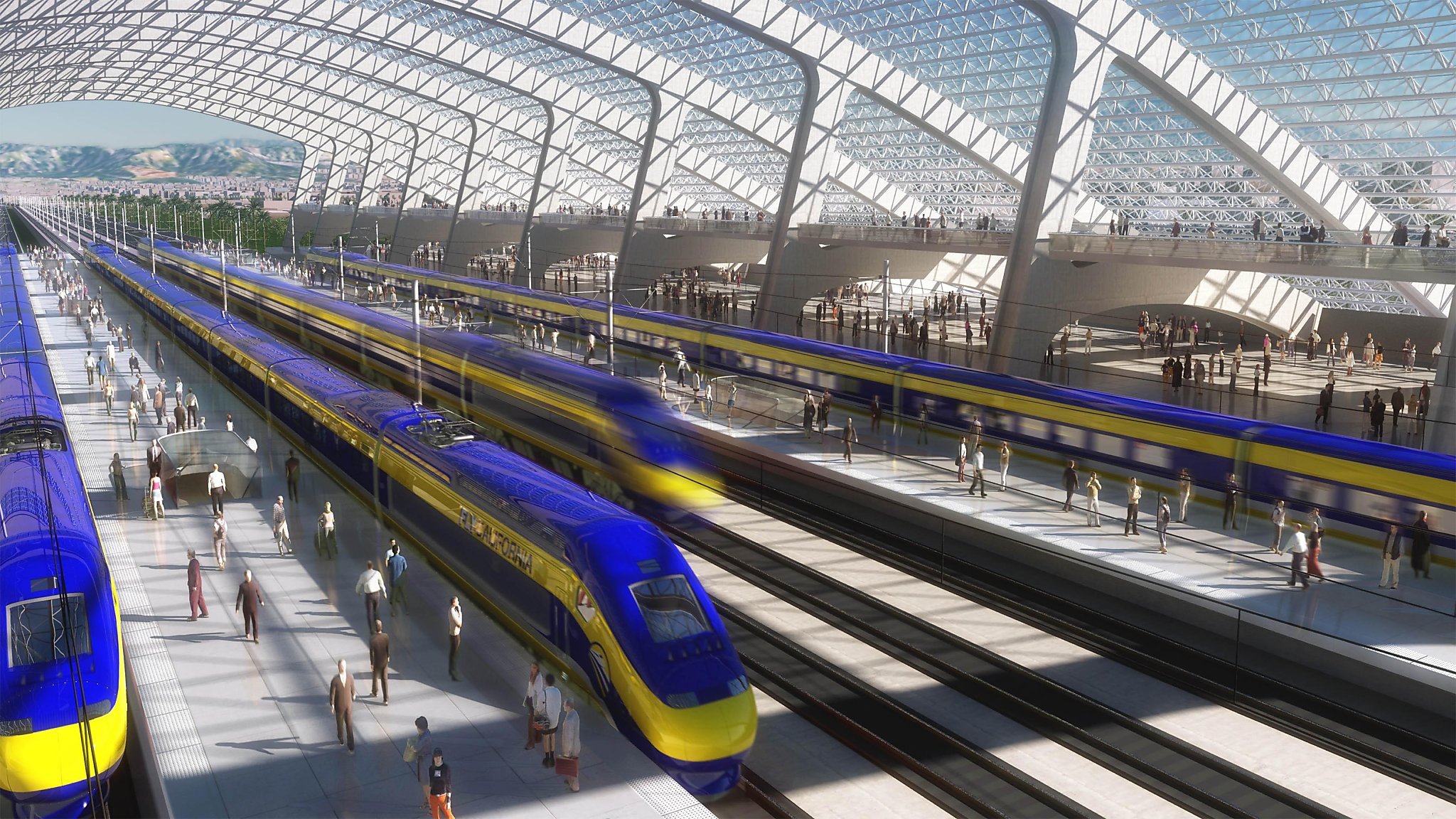 The California High-Speed Rail Authority assures Sullivan there will be minimal impact, but she remains skeptical. In her open letter to the agency in charge of the project, she wrote: “The presence of HSR will grossly compromise the site’s historical integrity and we anticipate devastating impacts along with economic, safety, cultural, and environmental repercussions.”

Sullivan is one of the leading protectors of Villa Mira Monte and is concerned the project will not only negatively impact the historical site but the rest of Morgan Hill as well if it is built along the current Union Pacific track line. Another proposed route was along U.S. 101, but the authority said it is impractical to build it along that route.

The rail authority has not really been transparent and listened to Morgan Hill residents’ concerns, Sullivan said.

“They don’t give a damn what it does to the city, cutting it in half,” she said. “This alternative is the cheapest one for them.”

The project’s environmental impact report for the San Jose-to-Merced section was released to the public in April and is open for public comment until June 23. The authority identified its preferred route for trains as the “Alternative 4” option. This uses a “blended configuration” between San Jose and Gilroy in the existing Union Pacific Railroad corridor as it passes through South Valley. The stretch from Bernal Road to Casa de Fruta resort along Pacheco Pass is about 30 miles of the 380-mile track from San Francisco to Los Angeles.

“Everybody in our community needs to write to the High-Speed Rail,” Sullivan said. “We need to fight today because it’s going to be happening. These decisions will impact our children, our grandchildren and the entire community.”

Christina Turner, the city manager for Morgan Hill, provided a letter last summer to Boris Lipkin, the regional director for Northern California for the California High Speed Rail Authority. The city has requested the authority consider using the U.S. 101 right-of-way for the placement of the rail line.

“Our job is to assume it’s coming and to protect the city’s interests,” Turner said. “What’s tough is that we need to invest a lot in responding to it but there’s so much that needs to be done to see it come to fruition.”

None of the alternative routes the authority proposes are perfect, Turner said. To have high-speed rail running through Morgan Hill’s downtown district will have a major impact on traffic flow on east-to-west streets, potentially impacting emergency vehicles if trains are passing through. However, she does hope that the results of high-speed rail construction might have lasting positive impacts on Morgan Hill.

“The bottom line is we want more transportation for our community,” she said. “We want  more options. Right now for Caltrain you can only take the train three times in the morning and three times in the evening. Electrifying the system and potentially having high-speed rail in the future — those are all good transportation options for our citizens.”

Edith Ramirez, economic development director of Morgan Hill, also hopes that if the rail is built it will help the community connect with other cities throughout the state. “The question to me is if we are maximizing the benefits. Are we truly using this opportunity to truly, truly connect communities?”

The authority proposes to share the right-of-way with Caltrain commuter and the Union Pacific freight trains. It also assumes the electrification of the tracks, a reconstruction of downtown Morgan Hill’s Caltrain station to add an additional platform, and the elimination of the at-grade pedestrian crossing. From Gilroy, the high-speed rail tracks will continue to a dedicated alignment through Pacheco Pass to connect to the Central Valley lines that will take trains to Los Angeles and elsewhere through the state.

With a maximum capacity of 16 trains per hour during peak hours (going north and south) and with no grade separation, the project will impact traffic flow along major east-west corridors such as Dunne, Tennant, Main, and Cochrane avenues.

Under the Proposition 1a bond act, which voters approved nearly $10 billion in November 2008, the authority is legally required to design its system to have trains travel from Los Angeles to San Francisco in two hours and 40 minutes. Rail experts believe it is improbable trains would ever meet that trip time in actual operations. Slowing trains through communities from 220 miles an hour to 110 miles an hour will lengthen the trip time.

Whether the Alternative 4 route succeeds depends on if Union Pacific agrees to give the high-speed rail use of its right of way. In a 2010 letter, the railroad company warned the rail authority it would not agree to allow the high-speed rail system to use any part of its right of way or to be so close to its tracks that it would impair safety or its freight movements. It is not clear if Union Pacific will go along with this option.

Since voters approved the bond, the project has been plagued by escalating costs and delays. Originally, the project was budgeted at $33 billion in 2008 dollars and the hope for funding was money would come from federal grants and private investments. The project now is estimated to cost at least $80 billion with no secure financing plan and no significant investment of private funds.

With only one-third of the total budget in hand, Lipkin said that he and his team see the need for the federal government to step up in ways it hasn’t yet on this project.

He remains optimistic funding will eventually come, especially as California begins recovering from the COVID-19 crisis. “There’s a long history of recovering from hard economic times by using large infrastructure projects as one means of stimulating economic recovery in hard times,” he said.

Once the physical infrastructure is built and passengers are using the system, private investors will play a “major role” in running and expanding the service, Lipkin said.

In a potential obstacle for the project, the California State Assembly co-sponsored a bipartisan resolution June 5 to have the rail authority defer a $20.5 billion stretch of construction of 171 miles between Bakersfield and Merced. This major contract was to have been awarded this year and would have included a maintenance of the tracks for 30 years. The deferment would only last until legislators review the Bakersfield-Merced project and sign off on the remaining $4.2 billion funds in the 2008 bond vote. The resolution cannot stop the authority from awarding the contract, but it might result in a long and difficult legal and fiscal battle if it ignores the legislators. The authority has not yet commented on this resolution.