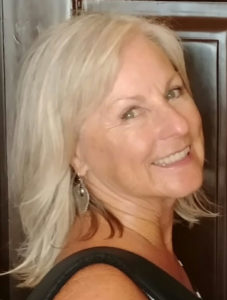 Learning about the history of regional water challenges and conservation efforts prompted me to become a water advocate. During the years, residents, farmers, environmental groups and government officials have come to the table to tackle these challenges and there’s more work ahead. My hope is that all South County residents have a voice in planning and be assured of a safe, clean, water supply now and in the future.

East of Morgan Hill, Anderson Reservoir stretches for seven miles and holds roughly 90,000 acre-feet of water at capacity. It took $3 million and nine months to build Anderson Dam in 1950 under the auspices of Leroy Anderson, a key founder and first president of Santa Clara Valley Water District (now called Valley Water). But seismic issues were less well understood and there were fewer regulatory hurdles in those days. Fast forward to 2009. Engineering and geotechnical experts reported that if a significant earthquake triggered a failure of Anderson Dam, flood devastation would spread for miles, reaching downtown Morgan Hill within a matter of minutes and part of San Jose in less than an hour.

Water issues have long been a concern for the region. In 1914, Santa Clara County became known as the Valley of Heart’s Delight because of the abundance of orchards producing more than one-third of the world’s prunes, as well as apricots and walnuts. Towns grew, agriculture expanded to include row crops, vineyards and ranching, and local water resources became a focus of attention.

Water management efforts have certainly evolved since the first primitive wells were drilled and “sack dams” were fashioned from burlap and earth. People learned they can’t just keep pumping water if they don’t want sinkholes. But a century later, we face significant water challenges.

Increased water demand, coupled with major periods of drought and flooding, led the county to acquire lands on which to construct permanent dams and improve water conservation. History shows that President Franklin D. Roosevelt’s decision to push federal funds and grants for infrastructure projects such as dam construction not only created much-needed jobs but helped America climb out of the Great Depression.

Between 1935 and 1957, 10 dams were constructed in Santa Clara County. They captured rainfall that was emptying into the San Francisco Bay. They also helped to recharge vital underground aquifers that provide water for residential, agricultural, and industrial needs here in South County. But after five decades of wear and tear, our local dams are in need of repair. The 70-year-old Anderson Dam is of particular concern.

After a prolonged drought, we experienced in 2017 the wettest winter in our 122-year recorded rainfall history. Waters overflowed the Anderson Dam spillway into Coyote Creek, requiring evacuations in San Jose. Even minor flooding, particularly in South County’s rural areas that rely on wells or have shallow water tables, carries a risk of runoff and harmful waste leaching into the water supply.

Valley Water’s planned Anderson Dam Seismic Retrofit Project has been revised based on engineering studies and in response to regulatory and environmental requirements. Planning has involved city, county, state and federal agencies and included many community meetings. The project is expected to begin construction in 2022. It will create 5,400 jobs and cost an estimated $576 million.

In February, the federal government ordered Valley Water to completely drain the reservoir between Oct. 1 and Dec 31, even though the water district has been maintaining the reservoir below the required level. In June, the California State Assembly passed AB 3005, authored by Assemblyman Robert Rivas, to “fast track” the Seismic Retrofit Project. The bill overwhelmingly passed in the State Assembly. The Senate has twice made amendments and, as of August, the bill is on the Senate floor for a third reading.

Leroy Anderson pioneered efforts for sack dams in 1926, together with Santa Clara Valley Water Conservation Association. The reservoir and dam were named after him. His ideas to store winter floodwaters by creating reservoirs were realized in 1934 when voters approved the bond for construction of the first of six reservoirs. Nearly 86 years later, Anderson’s legacy in the region continues with the management of the county’s extensive water system so vital to the economy of Silicon Valley. Let’s make sure his legacy continues.

During her 30-plus years as a San Martin resident, Connie Ludewig has served as vice president of the San Martin Neighborhood Alliance. She is a graduate of Green Foothills’ Community Advocates Leadership Academy and a Water Ambassador and graduate of the Water 101 Academy Program of Valley Water. Connie and her husband, Steve, are long-time members of the Morgan Hill Historical Society with a passion for local history.