Main story: ‘The show must go on’ as young actors rehearse via Zoom 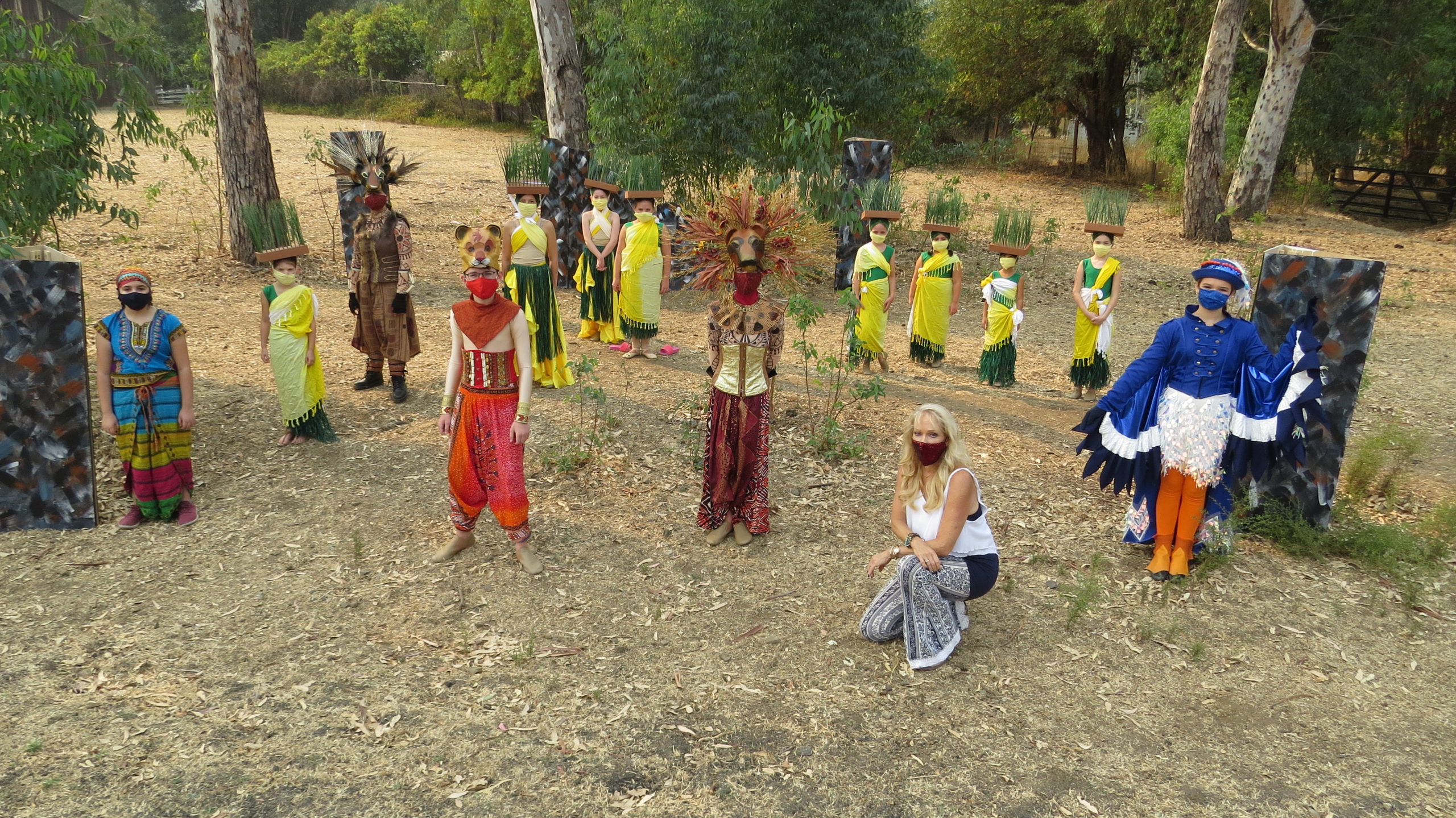 Photo by Marty Cheek
TheaterFun’s Carol Romo joins some of her cast of “The Lion King” during filming at a Morgan Hill horse ranch. The video show will be broadcast at a date to be determined in either December or January.

Two weeks before 81 children actors of TheaterFun were set to present “Disney’s The Lion King Jr” for friends and family, the coronavirus forced the cancellation of all performances. But, as the show’s song goes, “hakuna matata” (“no worries”). The youths will put on the popular musical as an online video.

“COVID shelter-in-place orders hit March 14 and we were supposed to go on March 26. We had seven shows scheduled,” said Carol Romo, the director of the TheaterFun theater training business based in Morgan Hill. “We had our sets, costumes, beautiful headpieces — everything was all ready to go. The choreography was wonderful. And then COVID hit and we had to start having rehearsals on Zoom.”

The production was set for the Morgan Hill Playhouse stage. It would have featured talented kids ranging in ages from 7 to 18 from Morgan Hill, Gilroy, San Martin, and South San Jose who attend 22 local schools. 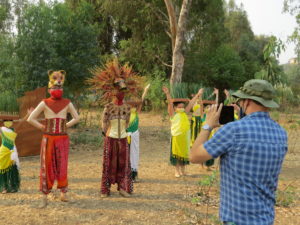 In addition to the singing and dancing, this show features a plethora of hand-crafted masks that have been created by volunteering parents of the actors.

“Hundreds of volunteer hours have gone into creating and hand-painting the more than 40 masks and countless other props featured in the show,” Ligaya Yrastorza, the set and prop chair for the production, noted. “It’s truly been a labor of love and creative journey for all of us. I think audiences are going to be transported to the savanna and feel the magic of these animals brought to life.”

Since the cancellation of the live show, students and parents have worked with Romo through Zoom rehearsals to transfer the show from stage to screen. They worked hard to keep up on their singing, dancing and acting talent to prepare for a video-recording sessions Oct. 3 and 4 at a South Valley horse ranch representing Africa’s Serengeti plains. 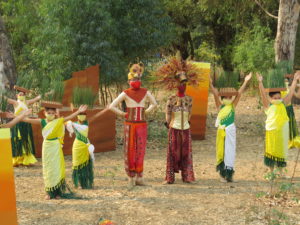 Clinton Carrion, who plays Mufasa, the senior lion king, said the experience instilled in him the importance of not giving up despite the adversities COVID-19 presented.

“It taught us perseverance and patience,” he said. “Our director Carol still guided us through the play while keeping us all safe. We also learned how to social distance and wear masks during rehearsals. That was challenging.”

One positive aspect of the experience for Carrion was that he got to wear his pajamas while rehearsing through Zoom and did not be judged for wearing such casual clothing.

He and the other performers also learned from the show how to “let go” of themselves and become a different version of themselves through the story’s characters. They also made a lot of new friends and learned how to improve their singing voices, he said. 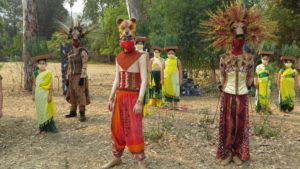 Klara Klotzbach, who plays the young version of Simba’s lioness friend, Nala, described the challenges of going from stage performing to performing for a video-camera.

“It took me a while and I noticed that I can interact better when I have an audience,” she said. “Moving from stage to screen was a new experience and is something I’m still getting used to.”

Despite the challenges, the experience of doing “The Lion King” was a positive one for Klotzbach.

“Overall, theater has helped me embrace who I am and helped me forget about what other people think of me, because it doesn’t matter,” she said.

The actor who plays the young version of Simba, Kyle Strenfel, also discovered important lessons during the script-to-stage-to-screen transition.

“I believe that I learned that it is possible to create a show even with restraints such as social distancing,” he said. “It is possible to do both something fun and enjoyable and also follow the guidelines (not just for COVID, but for anything) so we can all stay safe.”

The technological challenges also needed to be overcome, he said. Zoom does not allow two voices to speak at the same time, creating a situation where it was impossible to sing or even do lines that were labeled as “ALL.” 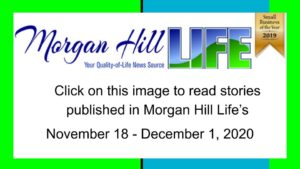 Despite the challenges, the young performers pulled out positive experiences from the show’s reset from stage to screen, he said. It brought a sense of community to the group’s families, especially with many people struggling with the shelter-in-place orders.

“It showed us things are possible however you look at them,” Strenfel said. “The culmination of many great minds brought the possibilities of ‘The Lion King’ into full view and those actions shouted to the world, ‘The show must and will go on!’”

As with the other performers, moving from a stage to a screen was a challenge for Ryan Saign, who plays the grown-up version of Simba.

“You’re used to being cheered at and being supported by the viewers. You feed off of the energy that they provide for you through applause and laughter,” he said. “But not just that, in theater I feel like I’ve found a safe place.”

Rehearsing on Zoom was difficult for him and others because it is harder to react to another performer’s image on a computer screen instead of face-to-face in person on the stage, he said.

“I found it surprisingly harder to connect with other theatrical emotions throughout the show,” he said.

Saign encourages more young people to try acting for the many social and personal benefits they receive from joining a team of performers to put on a show like “The Lion King.

“Kids, including myself, have an amazing experience served to them on a silver platter,” he said. “When I joined theater, it automatically felt like I was joining a family because everyone helps and cares for each other. So I think this show is incredibly beneficial and I recommend if you can, letting your kid attend the shows brought to you by Carol Romo. They are spectacular,  fun, incredible, welcoming and most importantly, they’re all about giving you and the actors a terrific experience.”