‘Shrek’ The Musical Jr.’ concludes this month at the GHS theater

Young performers thrilled to be back on stage 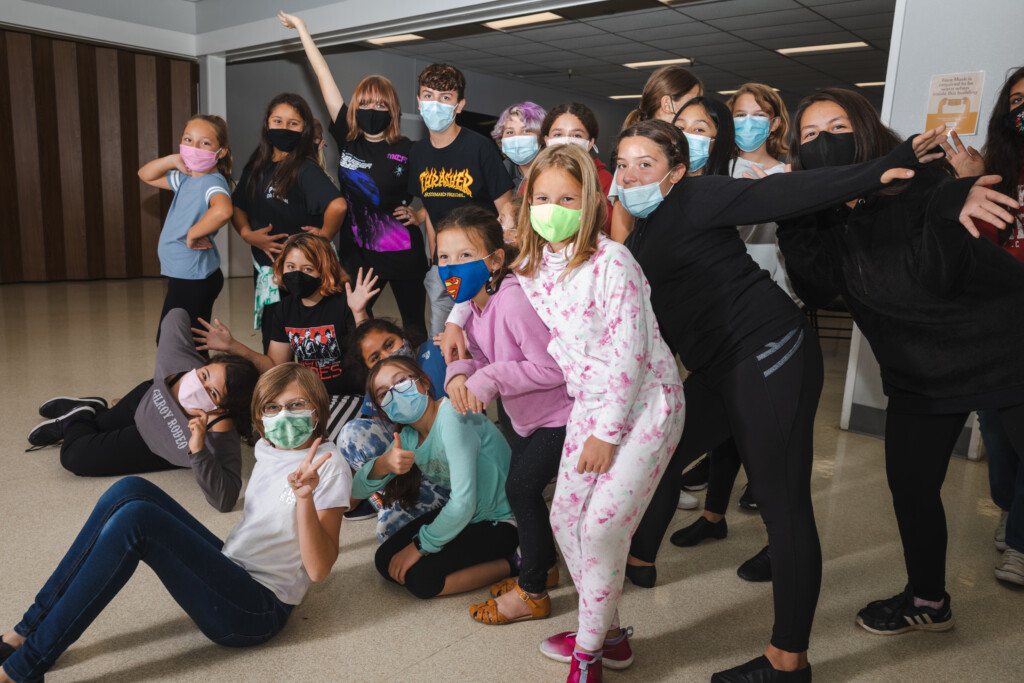 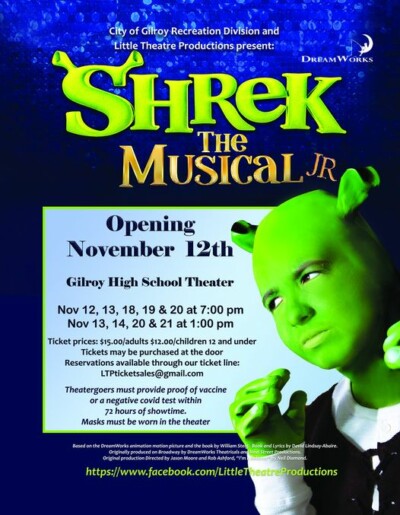 Produced by Gilroy-based Little Theatre Productions, children and teens from South Valley will perform the story of fairytale misfits on an adventure to rescue a princess.

Josh Hauch, 13, an eighth grader at Brownell Middle School, plays the title character of the lovable ogre who just wants to be left alone in his swamp home. One day, the swamp is invaded by banished fairytale figures who have been cast off by Lord Farquaad, and Shrek soon sets off with a wisecracking donkey to confront the tiny terror. He’s given the task to rescue the feisty Princess Fiona.

The isolation of COVID-19 helped Hauch get into the role of the short-tempered Shrek.

“During quarantine, having a lot of time on my own, I kind of became a more grumpy person — a little bit mad at how I kind of lost a year of a lot of developmental changes that could have made me a different person,” he said. “I’ve also kind of become less social, a little more, like, cautious of how often I speak and how it affects others.”

Riley Brown, 15, a sophomore at Christopher High School, plays Princess Fiona who has a mysterious secret life she wants to keep from her friends and family. She’s thrilled to return to live theater after time away from performing due to COVID-19.

“To have the opportunity to bring back live theater to our town is so exciting,” she said. “There’s so many moments in the show that make everything worth it. This is a great show to have our first time back. Something nice and comedic that will raise those serotonin levels and immerse yourself back in the theater experience.” 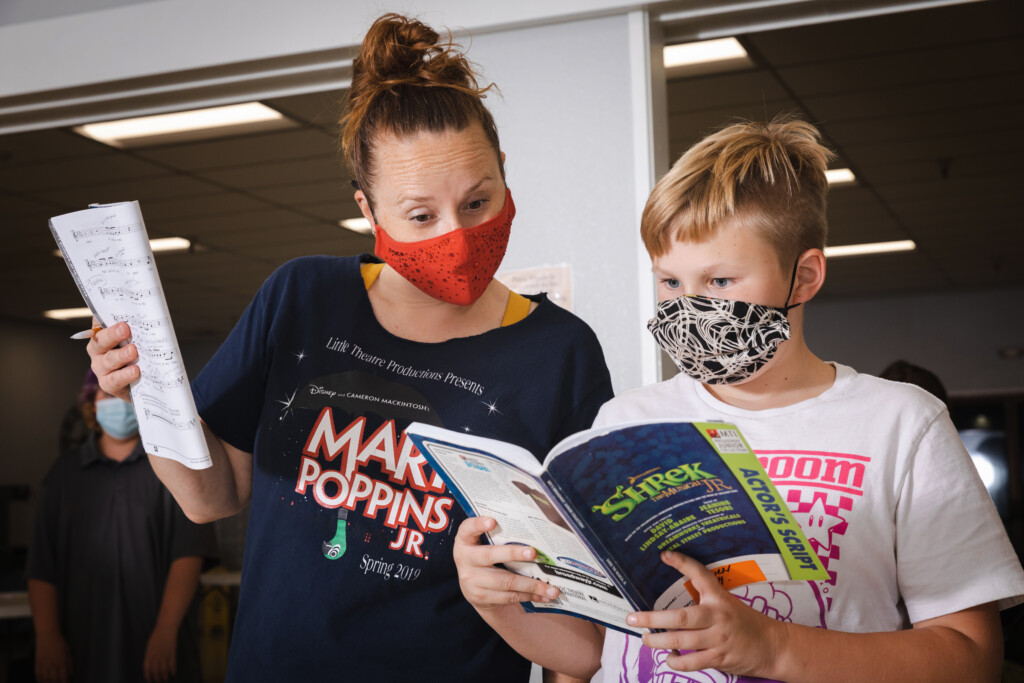 Makayla Hoiberg, 16, a junior at Gilroy High School, plays the wisecracking Donkey who befriends Shrek and accompanies him in his journey to eventually face a fire-breathing dragon. Like Brown, she has performed in many South Valley shows and looks forward to the fun of returning to entertain audiences.

“The normality of going to rehearsals every week has been eye-opening,” she said. “I haven’t done that for a long time, and to get to see the people who I see every week is really nice. It’s definitely a social situation I really enjoy.” 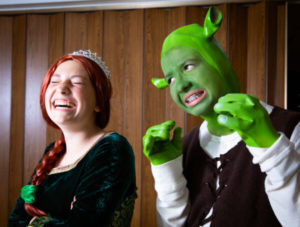 Hilary Little directs the show, which has 54 performers playing roles to bring to the stage larger-than-life creatures in a story with imaginative sets and costumes. “Shrek Jr.” is part romance and part twisted fairytale that holds a powerful message for the audience about the loyalty of a friendship.

The show is done in partnership with the City of Gilroy’s Recreation Department, she said.

“We’re very pleased to be back —especially after the pandemic,” she said. 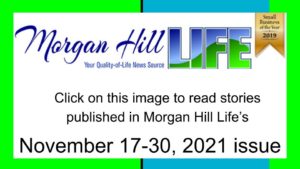