Every time I am in Morgan Hill, I cannot help but be reminded of how similar it is to my hometown. Growing up in the Santa Ynez Valley, our two exits off the 101 freeway were often passed without so much as a flash of a brake light unless the situation called for food or fuel. Around the turn of the century, Los Olivos was best known as a stagecoach stop, where the locomotive from the north halted and travelers had to be ferried over the San Marcos Pass by horsepower as opposed to steam power. That was how most people knew my town – the stop between somewhere and somewhere else.

However, growing up in the Santa Ynez Valley, I quickly realized how lucky I was to have this beautiful area to call home. Rolling hills spotted with oaks, golden fields of crops, and the clear symmetry of vineyards canvassing the valley are just some of the defining features of home. It wouldn’t be until I was grown and graduated from school before people started to catch on that Santa Ynez was a pretty amazing place. Tourists and travelers started to realize that there was an oasis in this quaint small town with open space, lots of outdoor activities such as hiking and biking, gorgeous weather and rich fertile land providing world class grapes that were being turned into world class wines. Hmmm….. does this sound familiar? 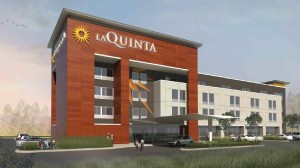 Yes, Morgan Hill feels a lot like home to me.

One of the things that strikes me about Morgan Hill, aside from its familiar landscape, is that this is a community that seems to be well in control of its own destiny. Often, a town with such proximity to a metropolitan hub like San Jose would get eaten up and swallowed with hardly a trace. But, walking downtown in the shadow of El Toro, it seems pretty evident that the citizens of Morgan Hill are seated firmly in the captain’s chair.

With such close proximity to the Bay Area, tourism in Morgan Hill is in an interesting position to take full advantage of more than seven million people that need to get out of their own backyards. Having lived in San Francisco for eight years, I witnessed the weekly migration to Napa and Sonoma to escape the city and find refuge in wide open spaces. I believe that Morgan Hill has the potential to become the “Sonoma of the South.”

With the construction of our new La Quinta Inn & Suites on Condit Road, I am excited to become a part of the Morgan Hill hospitality community. I believe there is a great opportunity for Morgan Hill to continue to grow as a tourism destination, and I hope that projects like ours support the vision of the city. The prospect of being partners with the wine-making community, local restaurants, the downtown business community and the Outdoor Sports Center and Aquatics Center near our hotel is exciting. There is great potential for Morgan Hill if the tourism community is able to collaborate effectively.

Over the past year, our team has been working closely with Edith Ramirez, principal planner for economic development in Morgan Hill, and John Horner, president/CEO of the Morgan Hill Chamber of Commerce, to understand how we can be good partners for the city. Also, we have been in discussions with the Morgan Hill Hotel Coalition on how we as a group can work effectively to drive tourism and better serve travelers to the community. The message seems clear that through collaboration, the tourism industry has tremendous potential to bring in visitors from the Bay Area and from around the country.

I am so grateful for the support that we have received from the entire Morgan Hill community, and we are looking forward to becoming good neighbors and partners!

Andrew Firestone is a principal at StonePark Capital, a Santa Barbara-based hospitality group. He wrote this guest column for Morgan Hill Life.