“This is my party. I started it five years ago and am so happy it has become such a great event,” founder told Fenny 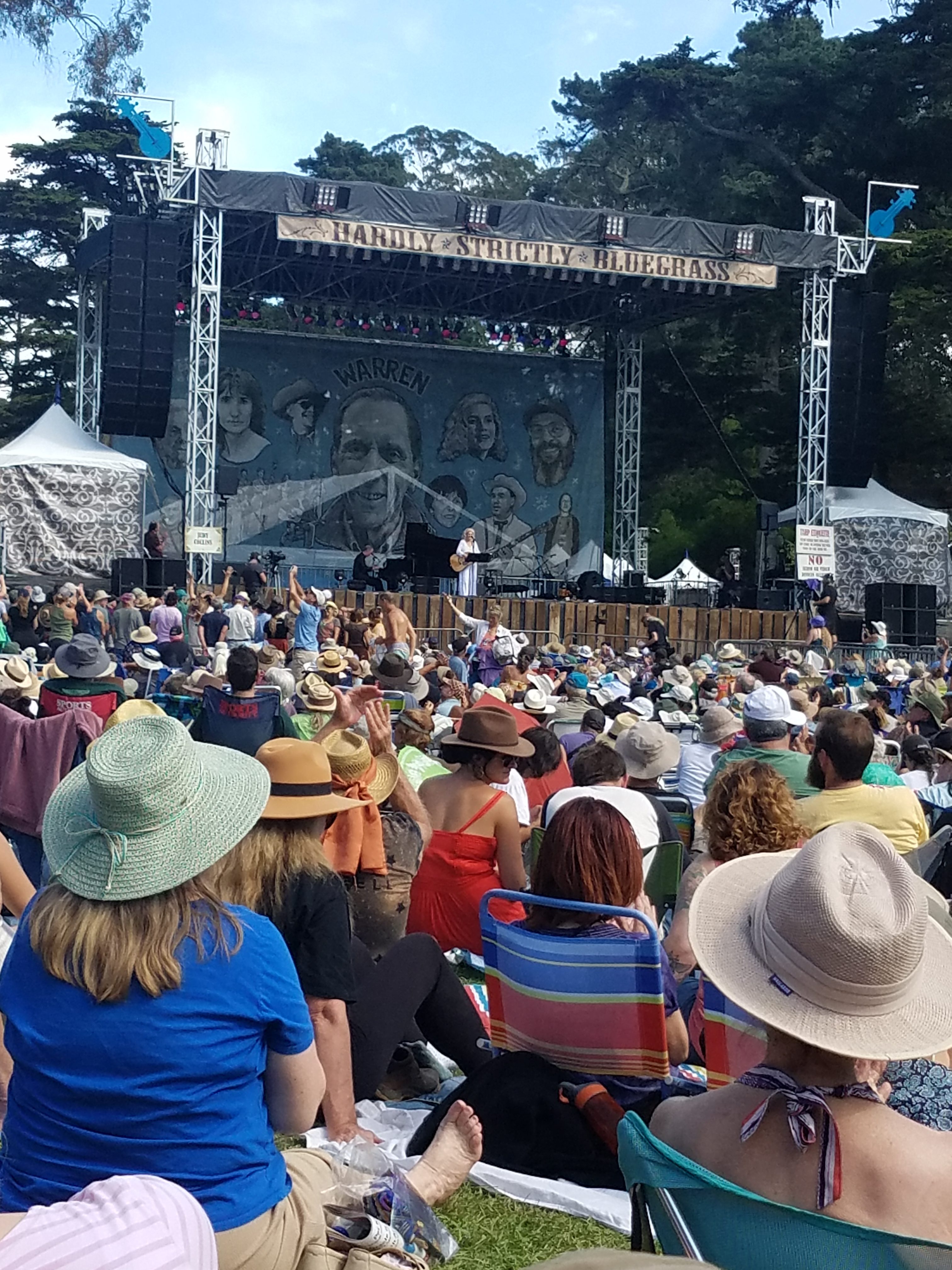 The Bay Area is so privileged to have a free annual festival in Golden Gate Park where you can see numerous top internationally recognized bands and homegrown Bay Area acts on six professional stages amidst more than 750,000 of your closest friends in the beautiful and historic park. The festival began as a fun-loving party thrown by billionaire philanthropist and music lover Warren Hellman, who simply wanted to throw a party and invite the entire Bay Area. Upon his passing in 2011 his wishes were to continue to throw his party every year until the money runs out, which may be never.

I started going to The Hardly Strictly Bluegrass Festival in 2006 after hearing about it for a few years. Not knowing what to expect, I packed up my camera, a couple of granola bars a dab of sunscreen and drove right into Golden Gate Park with no idea where I was going. Thinking I was lucky to quickly find a space (I have unusually good parking karma),

I parked and began walking in the direction I saw others walking. Turns out I parked miles away and most of the people I was following were going to the Arboretum not the festival.

After walking for another 35 minutes I faintly heard some music way in the distance. Ten minutes later I walked into that music and it turned out to be a group of drum and flute toting deadhead-type hippies making a rest stop on their way to the festival. They told me I had about another 20 minutes to go. I kept walking and walking and finally walked up a big hill.

When I got to the top of the ridge, to my surprise, I looked down to see a huge sea of people, easily a 100,000 or more. I worked my way into the crowd. It was so packed you couldn’t even get near the stage but I was determined to get to the front because I really wanted to see Earl Scruggs who was coming on next.

I first saw the legendary Earl Scruggs with his partner Lester Flatt when I was in my first year of college some 35 years earlier and was quite anxious not to miss a note of his set. Stepping over blankets and tripping over ice chests I made my way to the front and found a space right next to a group of guys who said they may have some friends coming but I was welcome to join them in their tight space.

I started a conversation telling them this was my first experience and I was amazed how organized everything seemed to be with such a huge crowd and so many stages and so much music.

The guy next to me thanked me for those comments and proceeded to say, “This is my party. I started it five years ago and am so happy it has become such a great event.”

Turns out I was hanging out with billionaire Warren Hellman. I really had no idea who he was or knew anything about the event. Those guys got up in the middle of Earl’s set and said have a wonderful time and I never saw them again, but I have been to the festival many times since enjoying music from a long list of acts.

This year’s festival was a bit different than previous years musically with less emphasis on bluegrass and more emphasis on Hardly Strictly. And due to the new security challenges there was more police presence and fencing everywhere with no ability to get to the shady trees on the sides of the venues. Bag checks and no coolers for the first time but still a great big, overly friendly, mellow crowd, with amazing music on every stage, perfect weather and a totally relaxing day.

As in years past, I love to see as much music as I can, which entails lots of walking (more than 15,000 steps) to and from the six stages.

But I did spend a wonderful day with my boys and thank you to the late philanthropic magnate Warren Hellman who’s legacy lives on through this event. Always the first weekend of October and always something for everyone regardless of your musical appetite.

Got a music tip? Email harmonicaman1@yahoo.com.

Mark Fenichel is the Advertising/Marketing Director for Morgan Hill Life with more than 40 years of marketing experience. If you're interested in learning more about building your business brand, contact Mark at (408) 410-4782 or email him at sales@MorganHillLife.com.