Downtown Morgan Hill with Steve Tate: Plenty to see and do on a walk through downtown 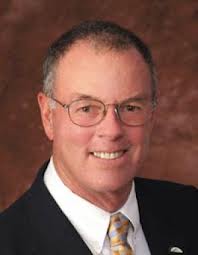 Four and a half years ago, my wife, Jennifer, and I downsized and moved to a condo on Del Monte. We had several good reasons for the move, not the least of which was to be in walking distance of downtown. I’ve  taken many walks in the years that we’ve been here, and they always follow a pattern — walk to Monterey Road, then south to my destination, then back home using the same route in reverse.

When asked to write about downtown, I thought about my walks and how I could use them as a theme. Reflecting on them, though, it occurred to me that I was in a rut, just sticking to Monterey and ignoring the side streets and the many attractions there. So I decided to take a crisscrossing walk hitting the side streets to note what they had to offer. I decided I would not visit or write about any of our restaurants as that would cause me to go off on a tangent about how great each is. I did, however, want to cover the many places where pedestrians could take a break with a coffee, ice cream, wine or beer.

Coming from the north, I decided to turn east on Main Street and start my walk at the Granary on Depot Street. With the opening of the city’s parking lot at First and Depot streets, this is an excellent starting point for those not within walking distance. And if you need a libation to get your walk started, there is the Grapevine for wine or the Running Shop and Hops for beer.

My course next took me up Second Street. I could have stopped at Grinds Vines & Automobilia Cafe for coffee or an ice cream but kept going across Monterey to the entry of the newly-refurbished Pop-Up Park. Further west on Second, I came to the Rotary Peace Bridge, the entry to Downtown Creek Park, a beautiful natural facility for passive reflection. From that park, I could have gone up the Third Street hill to Nob Hill Trail Park with its slide and recreation stops, but I decided to skip the workout doing the climb on this trip and instead went east on Third, which east of Monterey is very wide and designed to be a downtown focal point. It has several opportunities for refreshment — coffee at Main St. Bagels or at Coffee Guys or ice cream at Snowee Rolls. Down at the Depot end of Third Street the “Waiting for the Train” statue featuring the historic Hiram Morgan Hill family welcomes you to the train station. A little bit south on Depot is Railroad Park, definitely worth a stop. This is a park for kids but watching and listening to them having so much fun is such a boost that I recommend taking a few minutes to enjoy that always crowded scene.

I turned back west of Fourth Street and made my stop for refreshment at Kelly Brewing Company. After a refreshing pint, I continued west on Fourth past the garage and its welcoming tarantula. South on Monterey to Fifth where Bubbles and Brews sits on the corner is a final opportunity for libation in a fun setting. From there I went back east on Fifth to Depot and concluded at the Community and Cultural Center, a facility that has lots of information on events and activities and frequently has very good art or photography on display.

I feel blessed living here with such a wonderful downtown nearby and so much going on. Truly, it’s a happy and happening place.

Steve Tate is the former mayor of Morgan Hill.